ANIMA Stream on Netflix. The director Paul Thomas Anderson takes a break from his collaborations with the Radiohead guitarist Jonny Greenwood here, but he doesn’t stray far. In this short film, Anderson works instead with the Radiohead frontman Thom Yorke. The film is set to music by Yorke, stars Yorke and is being released alongside Yorke’s new solo album of the same name. The teaser trailer for the film offered little indication of what it’s actually about, which is both in keeping with the Radiohead frontman’s enigmatic tendencies and catnip for fans. 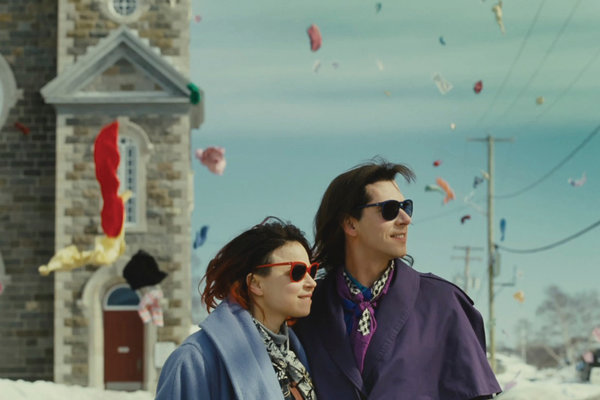 LAURENCE ANYWAYS (2013) Stream on Amazon, Kanopy and Tubi; Rent on Amazon. Xavier Dolan was in his mid-20s and already well-respected when he debuted this transgender melodrama, his third feature as a writer-director. The film covers the male-to-female transition of Laurence (Melvil Poupaud), a novelist, and the relationship between Laurence and Frédérique (Suzanne Clément), Laurence’s girlfriend. That transformation of person and relationship brings deep performances, particularly from Clément. “It’s a searing, utterly convincing performance that gradually eclipses that of a co-star whose personality blurs alongside his transitioning appearance,” Jeannette Catsoulis wrote in her review for The New York Times. Catsoulis called the film “a big, beautiful, rambling immersion in a passion whose heat is fueled primarily by its impossibility.”

THE MAN WHO KILLED DON QUIXOTE (2019) Rent on Amazon, Google Play, iTunes, Vudu and YouTube. “I don’t like reasonable people telling me to be reasonable,” Terry Gilliam said in an interview with The Times earlier this year. That attitude yielded the existence of this Cervantes adaptation, a longtime passion project of Gilliam’s. The famously troubled road to the film’s release stretched out over three decades, and included an attempt to shoot it in 2000, with the French actor Jean Rochefort and Johnny Depp playing the leads. (Neither appear in the final film, but that period is covered in “Lost in La Mancha,” a 2003 documentary about the movie.) The version that was ultimately released instead stars Jonathan Pryce and Adam Driver. “Surely a movie so long in gestation, inspired by a doorstop-thick novel that has beguiled and baffled readers for several centuries, would turn out to be either a world-class catastrophe or a world-historical masterpiece,” A.O. Scott wrote in his review for The Times. “With a mixture of relief and regret, I must report that the movie is neither.”

THE STORY OF G.I. JOE (1945) 10 p.m. on TCM. This movie was considered a pinnacle of realistic war films when it came out in the waning days of World War II. That’s largely thanks to the fact that it was based on the writings of the Pulitzer Prize-winning war correspondent Ernie Pyle, whose articles reflected the experiences of front line soldiers. The movie was nominated for four Academy Awards, but Pyle didn’t know that — he was killed before its release, while covering the Battle of Okinawa.