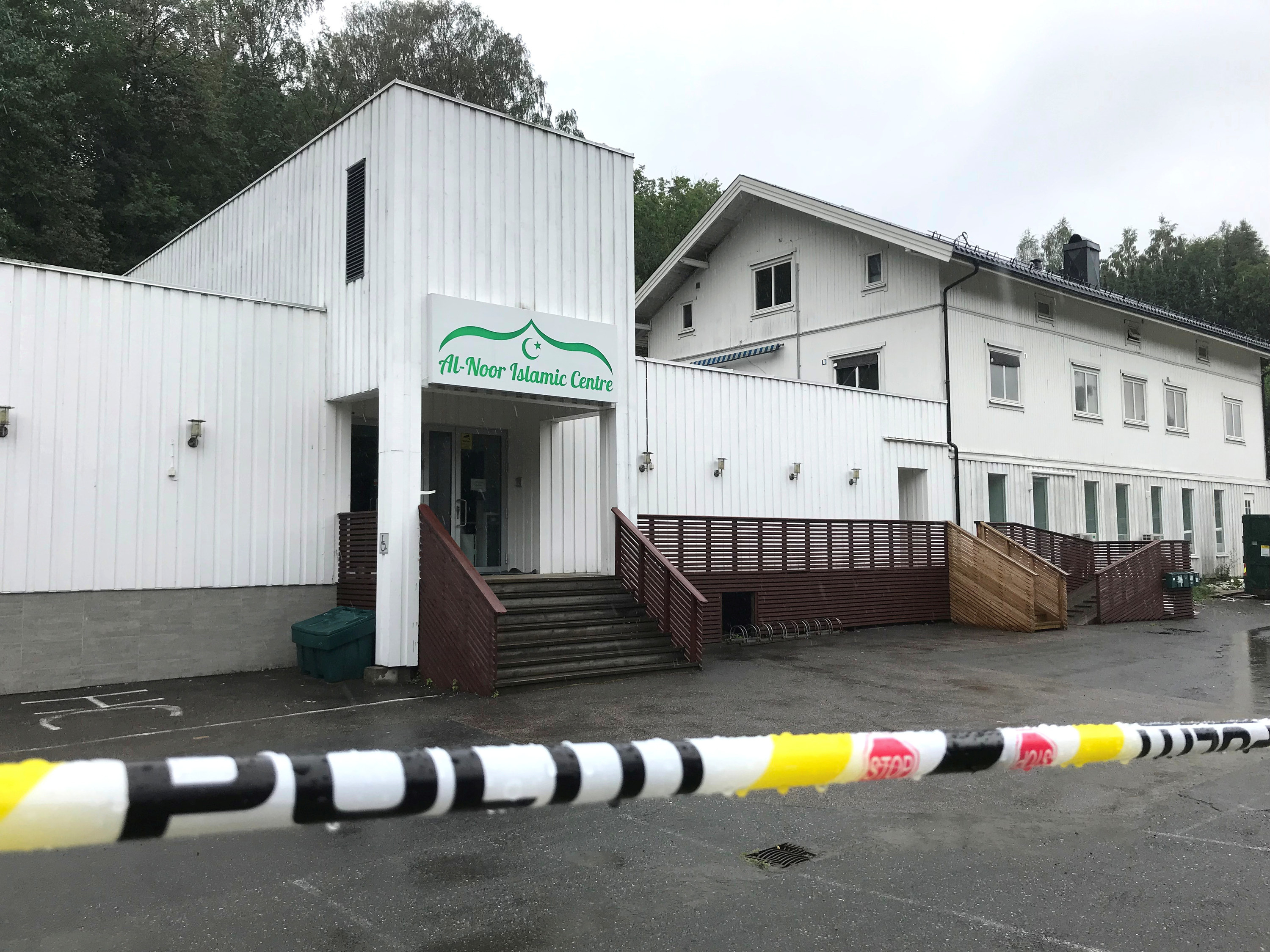 Men at a Norway mosque overpowered a gunman who fired shots at them in an alleged attempt at terrorism, preventing any loss of life and holding the suspect until police arrived.

Oslo police on Sunday praised the men for their “great courage” in confronting an armed attacker. The shooting took place Saturday inside the al-Noor Islamic Center in the Bærum municipality, just west of the capital.

“There is no doubt that their efforts prevented this from having entirely different consequences,” Rune Skjold of the Oslo police said in a statement.

The suspect, described as a 20-year-old white man from the local area, was not identified by police, but investigators said he had shown far-right and anti-immigrant sentiments. The attack was being investigated as terrorism, and authorities were also investigating a message board post whose author claimed to be the suspect and praised the attack at mosques in Christchurch, New Zealand.

Police are also investigating the suspect’s role in the death of his 17-year-old stepsister.

When the suspect, armed with multiple guns, entered the room and began shooting, 65-year-old Mohammad Rafiq tackled him. 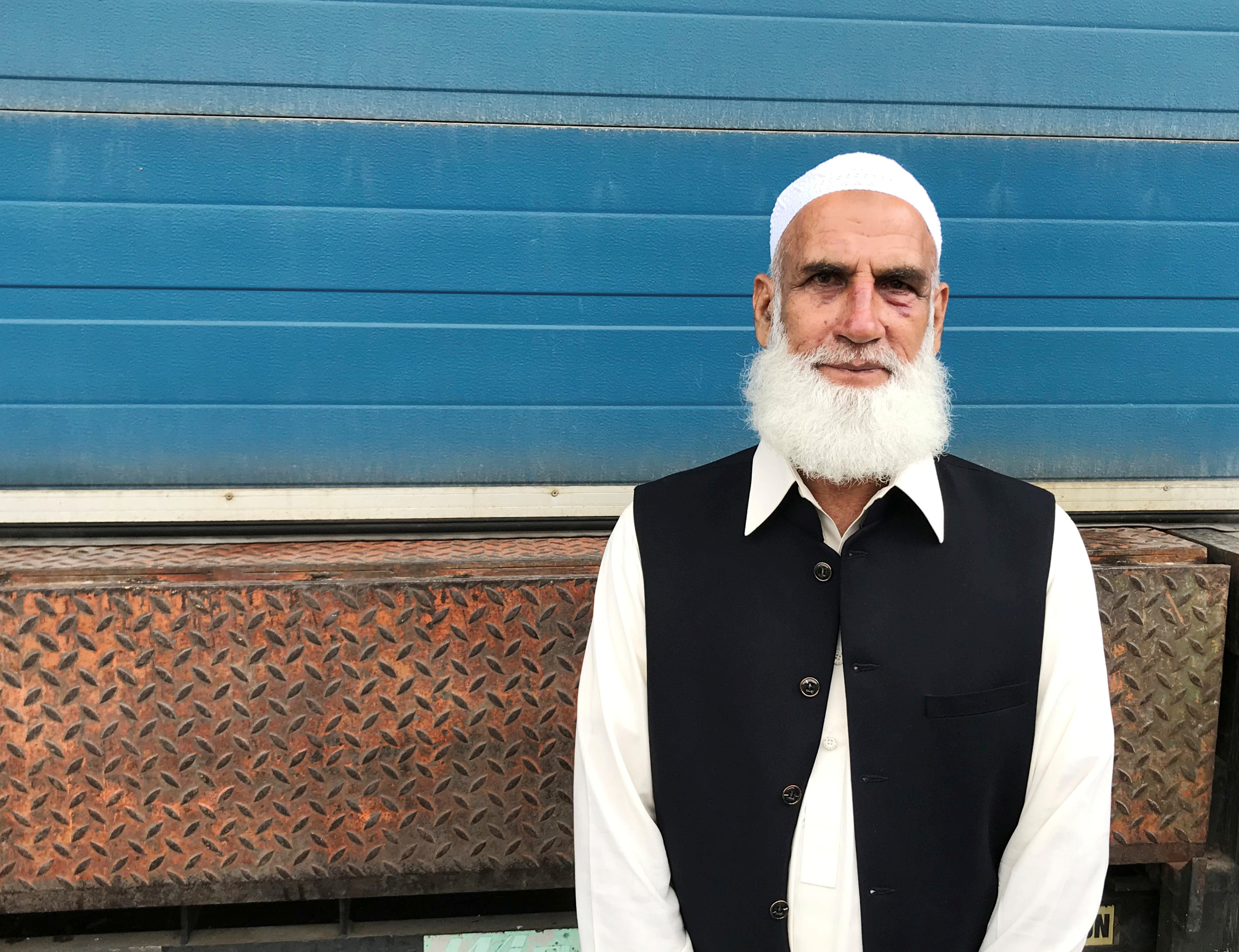 Rafiq and other mosque representatives spoke with journalists on Sunday, as they gathered at a local hotel to pray as the mosque remained a crime scene. Speaking with an interpreter, Rafiq thanked everyone who had already offered help and support.

The retired Pakistani Air Force officer described struggling with the gunman in an interview with Reuters.

“He put the finger inside my eye up to there, the whole finger,” Rafiq said, his face still showing signs of the fight. 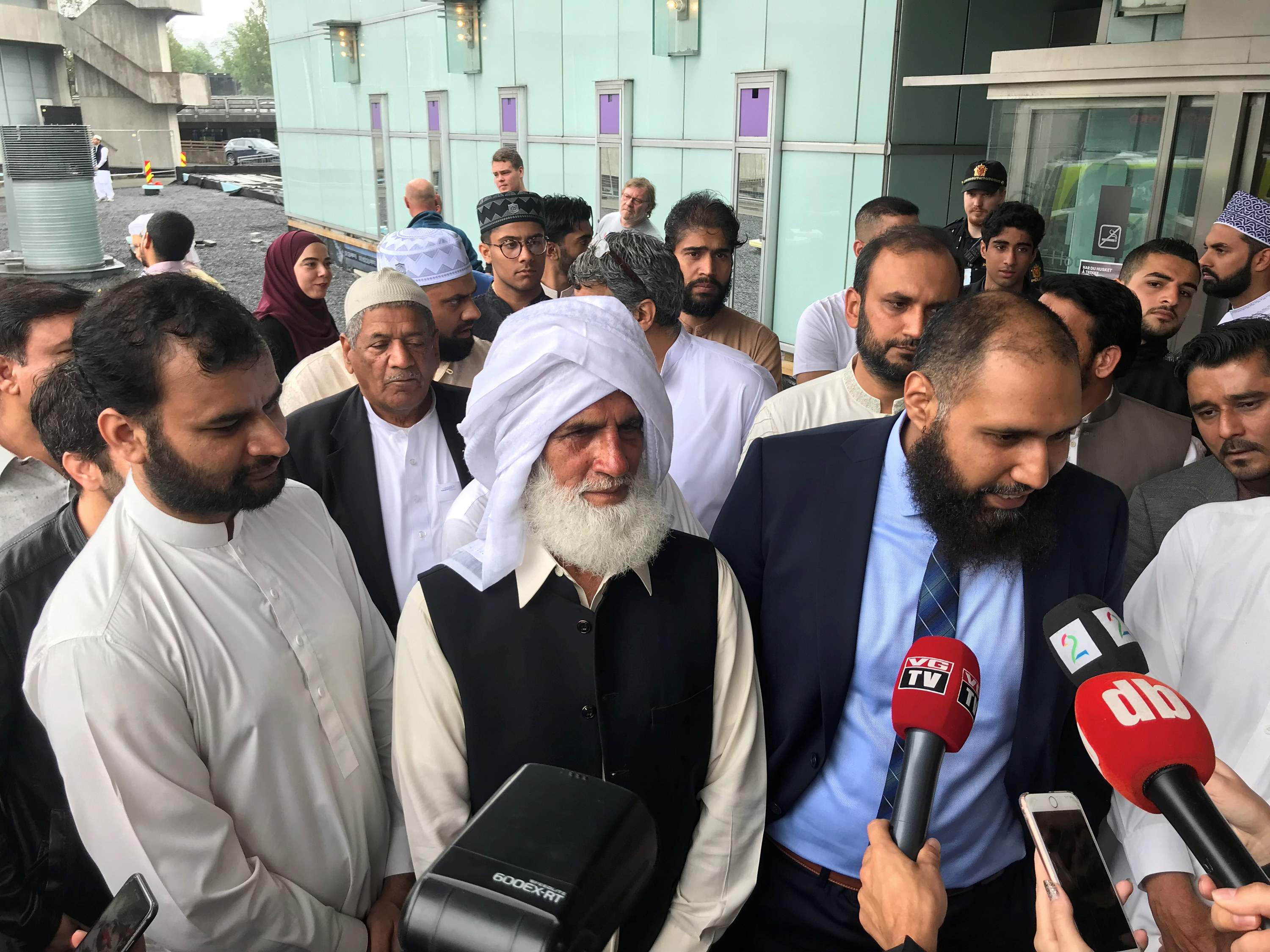 Mohammad Rafiq and other mosque members speak to the media.

He was the only person injured at the mosque; police said multiple gunshots were fired, but none struck anyone. One of the other men, identified by Norwegian public broadcaster NRK as Mohamed Iqbal, rushed to Rafiq’s aid and helped subdue the gunman until authorities arrived.

“We have two heroes here today,” Irfan Mushtaq, a board member at the mosque, told NRK. 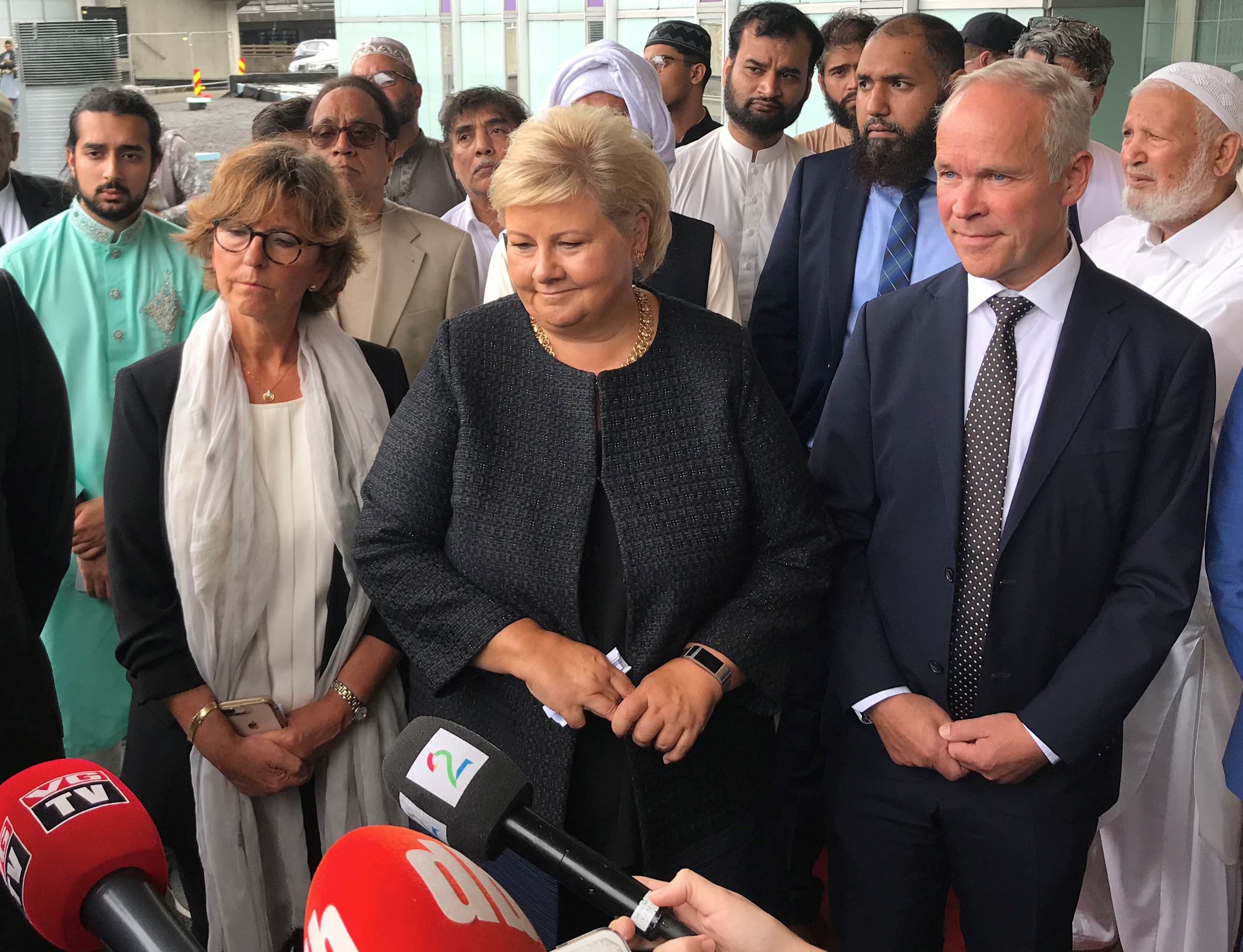 Norwegian Prime Minister Erna Solberg joined the men at the makeshift prayer site on Sunday. In a post on Facebook, she said the attack on Norwegian Muslims was an attack on religious freedom and Norway at large.

She called on Norwegians to stand against the ideology that appears to have motivated the gunman.

“Today we stand shoulder to shoulder with Norwegian Muslims in condemnation of the attack and for the right to safely be able to believe in who you want and what you want in Norway,” she wrote. “Eid Mubarak!”