In some states experiencing COVID-19 vaccine shortages, getting a shot can be a challenge. One 90-year-old had extra burdens added to her vaccination journey: six miles and about a foot of snow.

Fran Goldman walked from her house in Seattle’s Sand Point neighborhood to a hospital — after a snow storm — to get her first shot. 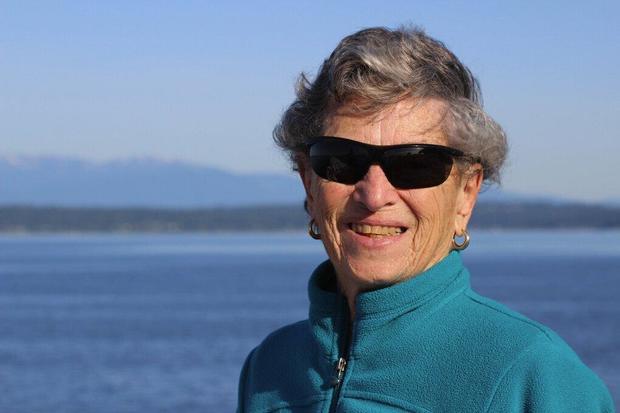 Finally, Goldman got in contact with Seattle Children’s hospital online, which was able to book an appointment for her, The Seattle Times reports. “I couldn’t believe my eyes,” Goldman said. “I had to get my glasses to see if I was really seeing it.”

Her appointment was set for the morning of Sunday, February 14 — but another wrench was thrown into the equation. Goldman woke up to several inches of snow on Saturday and knew she needed a plan.

The journey to and from the hospital would be three miles each way, but – despite having received a hip replacement last year – Goldman was up to walk it. On Saturday, she did a test run, dressed in layers and carrying her walking sticks to the Burke-Gilman Trail.

She saw there were tracks in the snow there, so she was confident that she could walk the whole thing the next day. So, on Sunday morning, she did it again. This time, she didn’t stop at the trail, she walked the whole way to the hospital in her fleece zip-up, down coat and rain jacket.

Under all the layers, Goldman wore a short-sleeved shirt, so it would be easy for a nurse to administer the vaccine, she told The Seattle Times.

Goldman told local Fox affiliate KCPQ that she spends about 3 miles walking every day anyway. However, Seattle was hit with yet another foot of snow on Sunday and her family was worried. “I thought, ‘Maybe you can take an Uber or a Lyft and just walk down the hill.’ And she was very determined that she was going to walk there,” her daughter, Louise Goldman told the station.

For Goldman, getting that vaccine was not just for her, but for her family. She has two great-grandsons she has not been able to see because of the pandemic.

“I can’t wait to be able to hold them,” she told The Seattle Times. “I just want to feel more comfortable.”

Her other daughter Ruth Goldman, who lives in Buffalo, New York, told The Seattle Times her mother has an attitude of, “You don’t let a little adversity get in your way.”

“She’s someone who looks for solutions, not problems,” Ruth Goldman said.

Despite the many problems presented by the pandemic, Fran Goldman has found many solutions, like taking Zoom classes to keep her busy. She still drives, so she has resorted to ordering food online and picking it up in her car.

And as seen on Sunday, when she can’t drive, she walks.

Of course, when Goldman gets her second shot in a few weeks, she hopes the journey is easier, she told KCPQ.

After the receiving the shot, Goldman had to sit and wait for 15 to be monitored for any reactions to the vaccine. “And I said, ‘I’d be delighted to sit down after walking here,'” she told CBS News’ Vladimir Duthiers.

Goldman said she doesn’t think what she did was special. “It was the way I could do it and so I did it,” she told KCPQ.