With the test showing a positive result, his double-vaxxed son tried Torquay’s PCR testing station, but found it closed because of hot weather. On New Year’s Day, it was closed again. 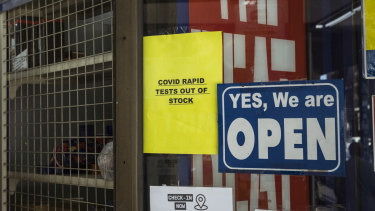 On Sunday, after a “very uncomfortable” four-hour wait in the car, his son was finally tested at Torquay. But by late Tuesday afternoon a result had still not come through.

“We can’t get any more [rapid] tests. We’re still isolating, but what do we do? Do we queue up for another four hours to get ourselves tested? We’re trying to do what the government has said, but we just can’t.”

Experiences like theirs were being replicated around Victoria on Tuesday, as COVID-19 case numbers surged and rapid test shortages continued. Health experts continued to question why a better testing plan wasn’t put in place by federal and state governments.

The shortages were so severe that members of the public took matters into their own hands, with local Melbourne developer Matt Hayward launching the “Find a RAT” website on Monday night, allowing users to report which retailers had stock.

Donna Anderson from Woodend believes she has coronavirus, after spending hours in a car on New Year’s Eve with her son, who later tested positive.

But she has been unable to confirm if she has the virus, with her local hospital unable to give her a PCR test and rapid tests impossible to find. “All the local places, testing stations, all the shops have sold out,” she said.

With a cough, headache and trouble breathing, the 64-year-old, who has underlying health issues, was on Tuesday at home self-isolating and feeling very ill. 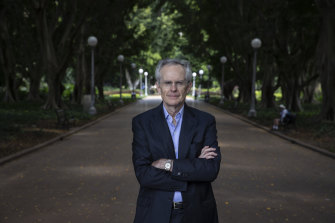 ACCC chairman Rod Sims on Tuesday. He says naming and shaming would be the quickest way to act on price gouging for what he sees as a short-term problem. Credit:Louie Douvis

Ms Anderson said she didn’t want to go to a hospital to get tested. “I’ve obviously got COVID, so I can’t take the symptoms out. The whole thing is a mess. It’s a political bungle and it’s absolutely disgusting in a rich country like ours we are having to deal with this.”

The Australian Competition and Consumer Commission on Tuesday began monitoring the prices being charged for rapid antigen tests, with chairman Rod Sims saying a dedicated team was working on the issue and would “name and shame suppliers and retailers” that were price-gouging.

Melbourne law professor Sarah Joseph found a petrol station that had posted online that it had rapid antigen tests. Despite the post being live for only 34 minutes, “there were just cars everywhere” when she arrived to get buy tests.

“People were parked behind each other, then I saw on the left a whole bunch of people beside their cars lined up,” she said. “It looked like a testing line or a line for vaccination. I just thought, ‘bugger it’ – I didn’t have the time.”

Emergency physician Ian Norton, an architect of key rapid antigen testing trials for the Morrison government, said Australia should have had a better rapid testing plan in place now the nation was trying to live with COVID-19.

“But state and federal governments were all so busy with the day-to-day, they couldn’t look ahead at what would come,” said Mr Norton, a founder of Respond Global. It has run successful rapid testing trials at the Howard Springs quarantine centre near Darwin and in aged care centres.

Since August 2020, Dr Norton has advocated for rapid antigen tests to be made widely available. He said that when eliminating COVID-19 last year was the aim, mass PCR testing made sense.

“When we moved away from elimination, we had to be in a position to use rapid antigen tests. Most state health departments nodded and said ‘Yes, we will’, but they weren’t prepared for the sheer volume of what was needed.”

Chief executive Dean Whiting said he had met “many politicians over many, many months” since October 2020, but got a positive response from health departments only in December 2021 when PCR test demand was spiralling due to Christmas travel plans.

“It is a bit of a mystery as to why we didn’t prepare better and adopt rapid antigen testing.” 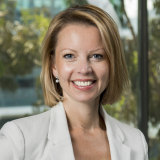 International manufacturers last year had no confidence Australia had a coherent rapid test strategy and did not prioritise Australia as a reliable market, he said. “That put Australia quite far back in the queue for access.”

He said authorities should have been thinking about how rapid testing would form part of the overall strategy well before the Omicron outbreak, but it was good to see there was finally a shift away from relying solely on expensive PCR testing.

In November last year, Roche brought in millions of the tests despite fears they might not be bought.

“I was thinking ‘Are these things going to sell or not?’,” she said. “Just before Christmas, we had 3 million in our warehouse but the pharmacists weren’t ordering them.”

Ms Rossiter’s company is now working with Canberra and every state government about procuring millions of rapid antigen tests. She predicted supply would eventually even out. “With Christmas being over and the drop in the ‘got to have a test to get over the border’ madness being dropped, I think things will calm.”