Al Roker announced on NBC’s “Today” that he has prostate cancer. The longtime meteorologist and morning TV co-host said Friday he will be undergoing surgery next week to have his prostate removed.

“It’s a good news-bad news kind of thing,” the 66-year-old said. “Good news is we caught it early. Not great news is that it’s a little aggressive, so I’m going to be taking some time off to take care of this.”

Roker’s diagnosis highlights the prevalence of prostate cancer, which, according to the American Cancer Society, is the second most common cancer in American men, after skin cancer. About 1 man in 9 will be diagnosed with prostate cancer during his lifetime.

According to the Mayo Clinic, African-American men are at increased risk of poorer survival rate after prostate cancer treatment compared to other minority groups.

Prostate cancer might not require immediate treatment, and options for treatment depend on several factors, such as how quickly the cancer is growing, according to the Mayo Clinic. Treatment methods include radiation therapy, freezing prostate tissue and removing the prostate gland. 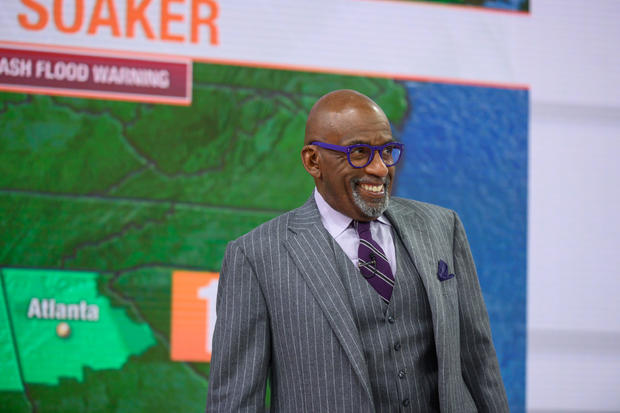 Roker will undergo surgery to remove his prostate at Memorial Sloan Kettering Cancer Center in New York City. Dr. Vincent Laudone, who will perform the procedure, spoke about Roker’s diagnosis on “Today” on Friday.

“Fortunately, his cancer appears somewhat limited or confined to the prostate, but because it’s more aggressive, we wanted to treat it, and after discussion regarding all of the different options — surgery, radiation, focal therapy — we settled on removing the prostate,” Laudone said.

Roker said he will hopefully be back on the morning show in about two weeks. He also took the opportunity to urge others to get prostate screenings. “The problem for African Americans is that any number of reasons from genetics to access to health care, and so we want to make it available and let people know they got to get checked,” he said.

Roker received a prostate exam live on “Today” in 2013. He also participated in a prostate health PSA in 2019.

The father of three said he found out about his prostate cancer diagnosis on September 29, alone in his doctor’s office.

“When [the doctor] started, he closed his door and said, ‘I always like to have these discussions face to face.’ And I was like, ‘Uh-oh. Well, that doesn’t sound good,'” Roker said.

He said he felt bad because his wife, Deborah Roberts, an ABC News correspondent, was not with him. “In hindsight, boy I wish I’d told her to come,” Roker said. “She was upset. And once she got past that, the reporter in her kinda took over. And then she’s been at everything ever since!”

One day after his diagnosis, Roker was back at work. “This one was kind of just a weird feeling that nobody can outwardly see anything different about me,” he said. “I looked in the mirror, there was nothing outwardly different. But I knew there was something intrinsically, inherently, internally different.”

In recent years, Roker has undergone several surgeries, including hip and knee surgery, according to “Today.” Dr. Laudone said the goal after his prostate surgery is “to get him back to normal activity.”