Key figures in the Andrews government were warned in 2018 that a taxpayer-funded grants scheme now at the centre of a corruption probe was being maladministered by ALP-aligned figures.

But the government sought to manage the concerns internally, according to sources and records obtained by The Age. The Independent Broad-based Anti-corruption Commission now intends to hold public hearings into “allegations that public money intended to fund community associations was misused for party‐political work or other improper purposes”. 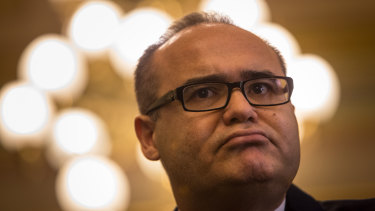 Former minister Adem Somyurek is at the centre of the IBAC probe.Credit:Jason South

The hearings to begin next week are part of a probe into whether Labor MPs and Victorian public officials aligned with the ALP engaged in “corrupt conduct” by using public money or taxpayer-funded ministerial and electorate staff to improperly engage in political activities, including branch stacking.

The revelation that the government was warned three years ago about the community grants scheme raises questions about whether it sought to keep integrity concerns involving the program quiet.

Records of meetings in late 2018 involving officials from the Victorian Multicultural Commission reveal it warned the Andrews government about the potential rorting of community grants at least 18 months before The Age and 60 Minutes exposed alleged wrongdoing involving the scheme.

Sources and records reveal some of these concerns were raised by commission chairperson Helen Kapalos with senior minister Richard Wynne. The Premier’s most trusted bureaucrat, then Department of Premier and Cabinet chief Chris Eccles, was also warned by Ms Kapalos about political interference in the Victorian Multicultural Commission’s work. 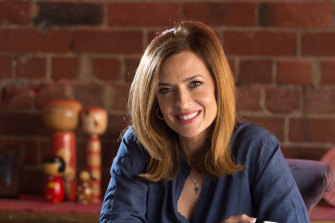 A source involved with the commission confirmed that Mr Wynne was warned in December 2018 by Ms Kapalos that “the grants process and outcomes are too closely tied with political offices”.

Several government sources not authorised to speak publicly say Labor MPs and the Premier’s private office were also worried before the 2018 election that multicultural grants were flowing to groups that made up the power base of factional heavyweight Adem Somyurek, who is at the centre of the political malfeasance claims that sparked IBAC’s upcoming public hearings.

Central to the concerns of Ms Kapalos and several of her fellow commissioners in 2018 was that political figures were manipulating the grant distribution scheme while maintaining that it was the Victorian Multicultural Commission administering the grants.

Mr Wynne, who had just replaced Somyurek-ally Robin Scott as multicultural affairs minister, said he had been appointed “personally by the Premier … and he has asked me to take a close look at the grants process”, according to notes made by a Victorian Multicultural Commission official in late 2018. 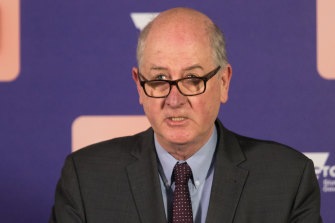 Mr Scott resigned as an Andrews government minister in June 2020 after serving as multicultural affairs minister between 2015 and 2019.

Victorian Multicultural Commission sources said that in November 2018 Ms Kapalos also told Mr Eccles the commission had been politicised. Ms Kapalos declined to comment when contacted on Thursday by The Age.

In late December 2018, the government launched a review into the commission, amid concerns it had become dysfunctional. Ms Kapalos told The Age at the time that she had lost control of key commission functions, including the administration of grants. The government did not extend her term.

The payments to ALP-aligned organisations were a small fraction of the total number of grants awarded during the Andrews government’s first term, and some had also received grants from the former Coalition government between 2010 and 2014.

By late 2017 and early 2018, concerns were being raised with the Premier’s private office, senior ministers and the ALP’s head office about the potential rorting of the grants process. The concerns persisted after the 2018 state election and at least three MPs, including a minister, lobbied senior ministers in the Andrews government to move Mr Scott from the portfolio, according to sources familiar with the events at the time.

However, instead of referring the matter to an external investigator or agency, a decision was made to deal with the issue inside government.

Insiders have said there were fears that calling in an external investigator would be too damaging, given the government was at the time being investigated by Victoria Police’s fraud squad over the so-called “red shirts” rort involving misuse of taxpayer money for party political reasons.

A report of the internal review found the grant process was “transparent and soundly managed”, the assessments made were “robust and structured” and that the process included “shared decision making with the commission”.

Asked whether concerns were raised about the scheme before last year’s Age investigation, Mr Andrews said he did not recall problems being discussed with him.

“I’d need to go and check. I’ve had many, many conversations with Mr Eccles and I wouldn’t want to be anything other than accurate,” he said. It was “not accurate” to say Mr Wynne had been given the multicultural affairs portfolio due to probity concerns about the grant process.

The Australia Light Foundation between 2015 and 2019 received $700,000 in grants from Mr Scott. The entire committee of eight were ALP members, including one who was employed as an electorate officer of another Somyurek ally.

Police, IBAC and the Ombudsman were not alerted to the potential rorting of the grants until after the July 2020 media expose.

According to a statement released by IBAC, next week’s public hearings will call Labor MPs to investigate allegations of “serious corrupt conduct” and misuse of public money. The corruption probe has sought information from ministers and MPs and is set to expose misuse of taxpayer-funded staff for factional purposes, a practice employed across the party including the faction aligned with the Premier.

It is one of two IBAC investigations that will scrutinise potential misconduct of Andrews government figures, with a long-running probe into a firefighters pay deal also examining the actions of the Premier in striking a controversial deal with the firefighters’ union.