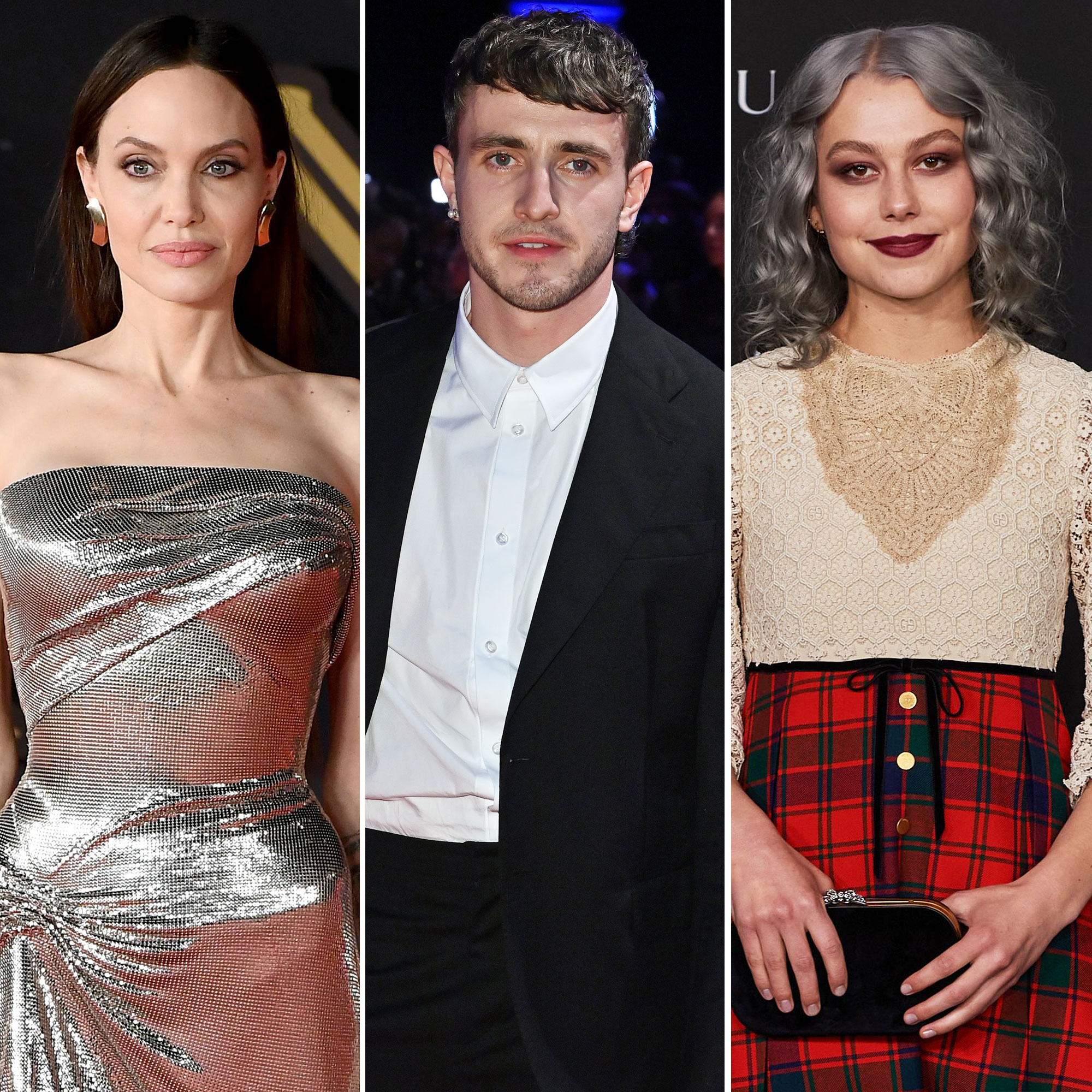 A chance meeting? Angelina Jolie was spotted having coffee with Paul Mescal amid rumors that he and Phoebe Bridgers quietly split.

The Oscar winner, 47, and the Normal People alum, 26, were photographed catching up at the Almeida Café & Bar in London over the weekend after Jolie saw Mescal’s performance in A Streetcar Named Desire. The duo were joined by the Maleficent star’s 16-year-old daughter Shiloh, whom she shares with ex-husband Brad Pitt.

The Irish actor has been in a relationship with the “Kyoto” singer, 28, since 2020, but the pair recently sparked split speculation after rumors that they’d gotten engaged. Last month, Bridgers shared her advice for getting over “heartbreak” during an appearance on Amelia Dimoldenberg‘s “Chicken Shop Date” YouTube series.

“You just have to do it,” the “I Know the End” songstress explained. “And it’s gonna end at some point but you can’t make it end — that’s my tip.”

In the same interview, Bridgers praised Normal People, the Hulu series that aired in 2020 and helped make Mescal a star. “I think it is very appropriately rated,” the California native replied with a laugh when asked if the show was “overrated.”

The Grammy nominee has also recently been spotted with Bo Burnham, who has been in a relationship with Lorene Scafaria since 2013. In December, Bridgers and the comedian, 32, hung out with The 1975’s Matty Healy and were seen attending a screening of Burnham’s film in New York City.

Jolie, for her part, split from Pitt, 59, in September 2016 after more than a decade together. The former couple are also the parents of Maddox, 21, Pax, 19, Zahara, 17, and Knox and Vivienne, 14. The Unbroken director and the Babylon actor, who is currently dating Ines de Ramon, were declared legally single in 2019, but they are still hammering out other details of their divorce.

Since ending her relationship with Pitt, Jolie has been linked to The Weeknd, whose real name is Abel Tesfaye. “Both Angie and Abel are telling people that they are just friends, but those who know them think something romantic is going on,” an insider exclusively told Us Weekly in September 2021.

Four months later, a source explained that the “Blinding Lights” crooner, 32, thinks of the filmmaker as “the ultimate muse,” noting that his album Dawn FM contained hints about their bond. “[They] have more things in common than people would think,” the insider added.

Shortly after her split from Pitt, Jolie admitted that the single life isn’t her favorite thing in the world. “I don’t enjoy being single,” she told The Telegraph in 2017. “It’s not something I wanted. There’s nothing nice about it. It’s just hard.”