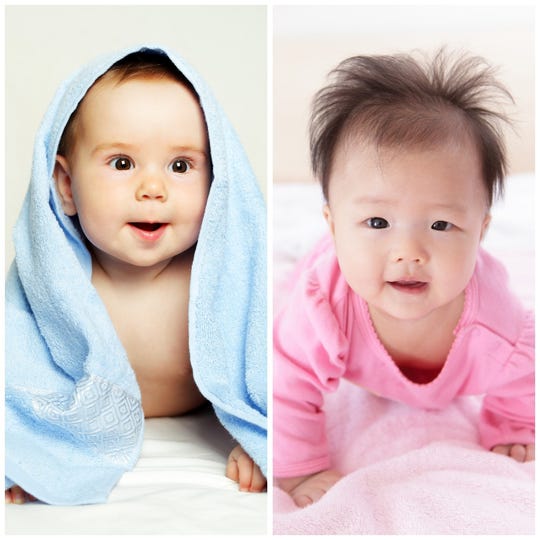 Archie and Isla have risen to the top on Nameberry's most popular baby name list halfway through 2019. (Photo: Getty Images)

Thanks to Britain’s latest royal baby, Archie has grabbed the No. 1 spot on Nameberry’s list of most popular baby names of 2019 so far.

Isla was the most popular girls name.

The star power of Duchess Meghan and Prince Harry’s two-month-old Archie Harrison Mountbatten-Windsor led to the overwhelming popularity of his moniker, wrote Nameberry co-founder Pamela Redmond in the site blog.

The name attracted 50 percent more clicks than any other boy’s name on the tracking site Nameberry.

The site accounts for popularity based on the number of views each name page receives over the last six months from 30 million total page views.

But the Social Security Administration, which released the most popular boy and girls names in 2018, listed Archie as falling off its 1,000-most popular list after 1988. It reappeared in 2018 at No. 992, Redmond wrote.

Prince Harry and Duchess Meghan with their son Archie Harrison Mountbatten-Windsor at Windsor Castle with with the Rose Garden in the background, in Windsor, England on July 6, 2019. (Photo: Chris Allerton/, AP)

Emma top name is most states, not all: Find out the most popular girl baby names in your state

South Dakota had to be different: Find out the most popular boy baby names in your state

Lucas and Harper are new: The most popular baby names of 2018 are finally here and not much has changed

Redmond said that parents can expect the names, in particular the refreshingly different girls’ names like Isla, Posie and Maeve, to show up in future kindergarten classrooms.

“It’s most valuable as a predictive tool, with names on our Top 100 likely to become more popular on official lists over the coming years,” she said.