BABY Doge only launched a few months ago – but optimistic crypto investors will be hoping for an increasing value.

We explain what you need to know about the cryptocurrency, and how much its price is expected to change in 2021. 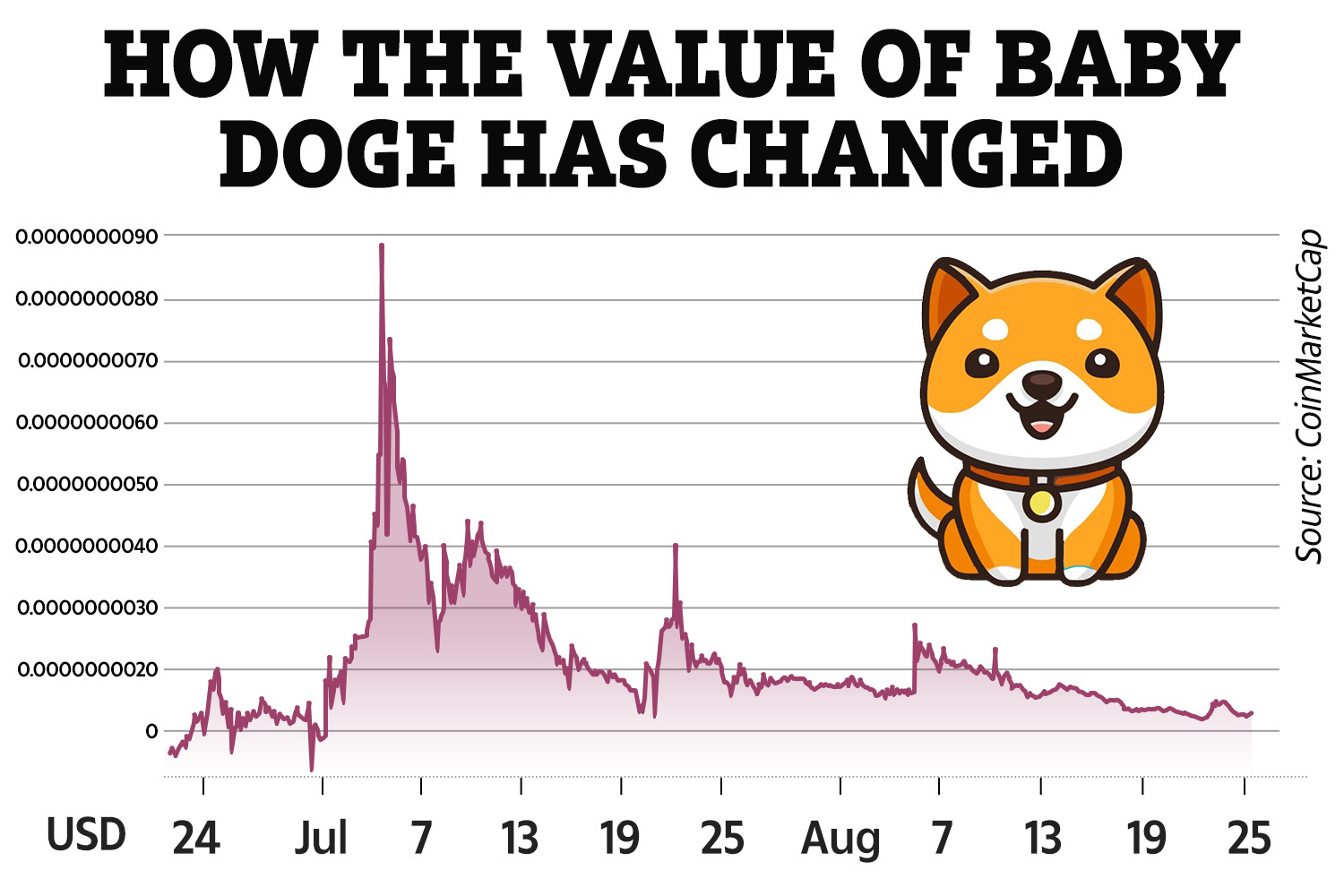 Before you invest money, if anything at all, keep in mind that cryptos are very risky and you may lose all the cash you put in.

This is due to their high volatility. You should never put cash into anything you don't understand either.

Newer cryptocurrencies are also riskier than those that have been around for a while, such as Bitcoin, and make you more open to scams.

Plus, there's scant regulation for cryptocurrency firms, so you'll struggle to get help if and when things go wrong.

What is Baby Doge?

Baby Doge launched on June 1 this year and is a "deflationary coin" set to become more scarce over time, according to its website.

It features a mascot that looks like a puppy version of its "father" – the Shiba Inu dog that is the face of Dogecoin.

The latter was first launched as a joke in 2013, but has since shot up in value.

Baby Doge was started by fans and members of the Dogecoin community, but the two aren't connected.

It's one of many cryptocurrencies that incentivize holding on to it by charging a transaction fee.

Investors who sell the crypto will be hit with a 10% fee, of which 5% is redistributed to existing holders of Baby Doge.

What's the price of Baby Doge?

Baby Doge's value was boosted by attention by Elon Musk, who referenced it using a play on the "Baby Shark" song on Twitter on July 1.

Plenty of experts and crypto fans have made price predictions for Baby Doge, although they're nowhere near guaranteed.

Given it only launched at the beginning of the summer, it's especially important to take the forecasts with a pinch of salt.

"It is still in its infancy and its roadmap appears audacious at best and should be taken with a huge fist of salt."

"Your guess is as good as mine about where this particular project will go next."

The market is unpredictable as it's affected by a number of factors, including regulatory crackdowns and comments by high-profile individuals.