Brendan Morais dropped by sponsor over ‘Bachelor in Paradise’ drama

There was trouble in paradise.

The cast of “Bachelor in Paradise” Season 7 was forced to evacuate when a tropical storm pummeled their filming location in Mexico earlier this summer.

In Tuesday’s episode of the ABC spinoff, cast members were seen packing up and leaving the set at the Playa Escondida resort in the oceanside village of Sayulita as production was temporarily halted over the storm.

“I know you guys are all expecting there to be a cocktail party and a rose ceremony tonight. Unfortunately, that will not be happening,” a producer informed the cast. “There’s a dangerous tropical storm rapidly approaching, and as of an hour ago, it’s heading straight for us.”

The producer added, “For the safety for all of you guys, our staff and our crew, we are recommending that we evacuate immediately.”

The reality stars all looked shocked as they received the scary news — sans for Ivan Hall, who seemed more focused on his lunch.

“Earlier today I was stressed about who I was gonna give my rose to, but now I’m stressed about getting out of here and being alive,” Tia Booth told the cameras as she and her castmates packed their belongings to evacuate. 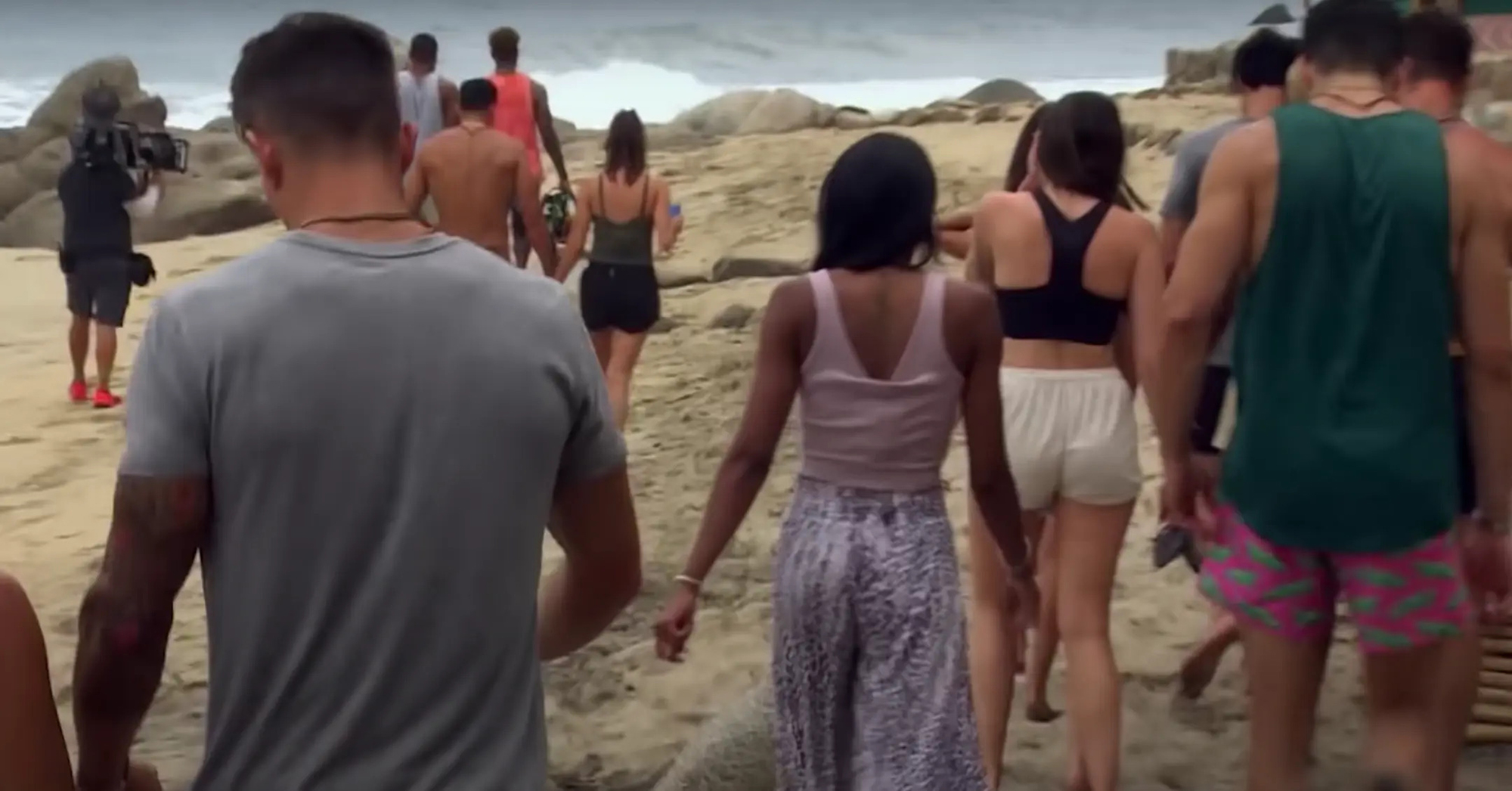 Lovebirds Joe Amabile and Serena Pitt, meanwhile, rushed to lock lips in a panic, not knowing how long the storm would keep them apart.

Producers were then seen covering the set with tarps and stacking up furniture as the cast piled into vans to make their escape.

The beach, which sits on the coast of the Pacific Ocean, was hit hard by the storm, but fortunately, it appeared there was no serious damage. Cast members returned the next morning to their regularly scheduled activities — in this case, a daytime cocktail party.

“Bachelor in Paradise” airs Tuesdays at 8 p.m. ET on ABC.