Ben Affleck Says It's a 'Happy Time' in His Life Amid J. Lo Romance

Everything’s coming up Ben! Ahead of the premiere of his new movie The Last Duel, Ben Affleck gushed about how wonderful his life has been lately.

“I’m very happy,” the Argo director, 49, told Extra on Sunday, October 3, at the premiere of his other new film, The Tender Bar. “It is a very happy time in my life. Life is good.”

In addition to juggling his busy professional schedule, the Oscar winner has been making time for Jennifer Lopez, with whom he reunited earlier this year. The duo were first spotted together in April after the “Get Right” songstress, 52, split from ex-fiancé Alex Rodriguez. By May, they had fully rekindled their romance. 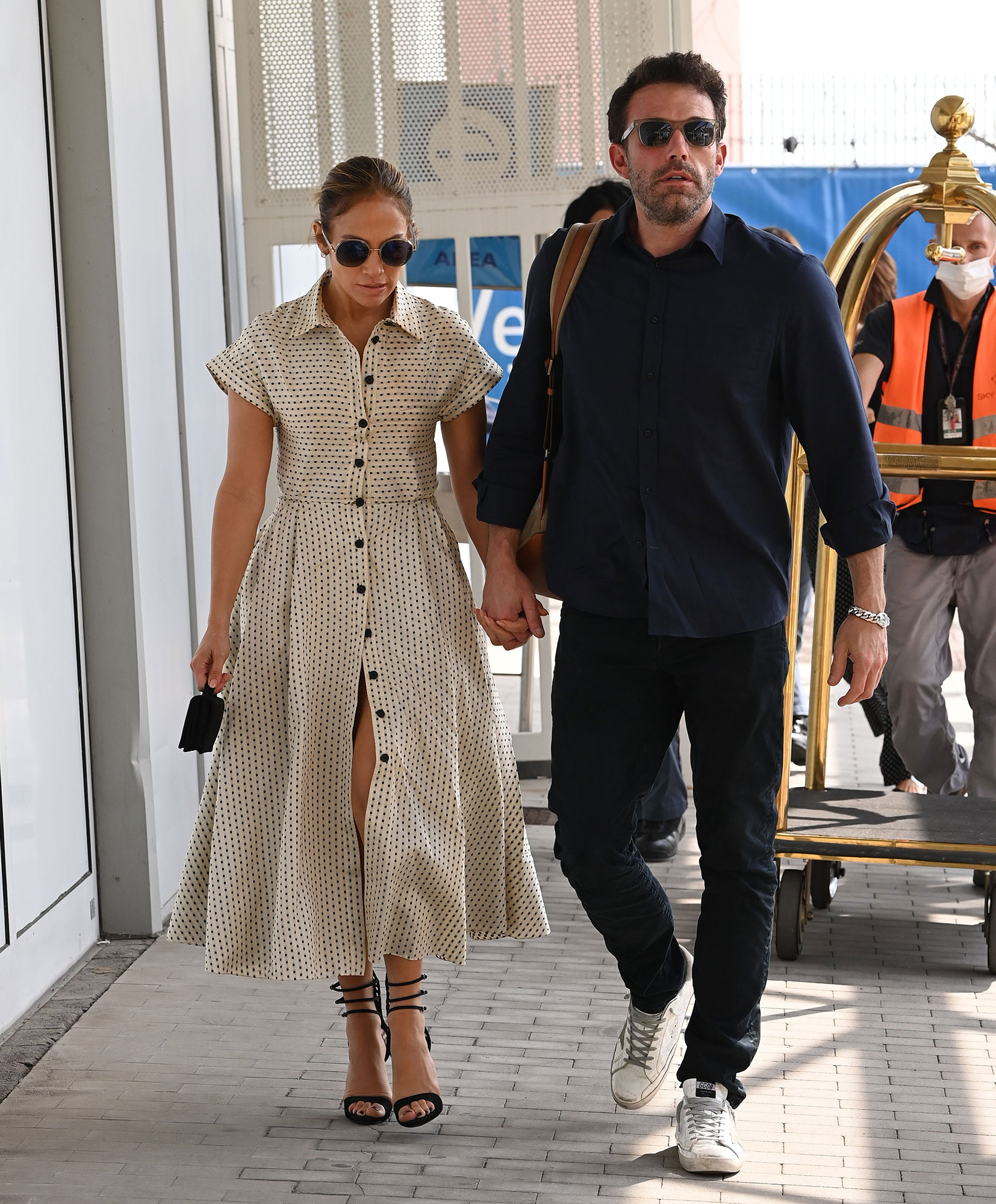 “Things just keep getting better for J. Lo and Ben,” an insider told Us Weekly last month. “They’re so in love and it’s only a matter of time before they’re officially engaged. They are both all in and looking to spend the rest of their lives together. It doesn’t even cross their minds that it might not work out for the long term.”

During her performance at Global Citizen Live in September, the Hustlers star spoke to fans about why she wanted to play love songs that night. “We can do anything with love,” she said from the stage in Central Park in New York City, while Affleck watched from backstage. “Love makes miracles, trust me. I guess you could say, I don’t know, I got love on the brain. Have love on my mind lately, I don’t know what it is.”

Affleck and Lopez originally started dating in 2002 after meeting on the set of the movie Gigli and got engaged that same year. Days before their planned September 2003 nuptials, they called off the wedding, and in January 2004, the pair called it quits.

Hottest Couples Who Fell in Love on Set

According to an insider, the twosome are grateful for the chance to give their romance another shot after all these years. “They feel so blessed to be living this real-life fairy tale, and will be getting engaged — then married — down the line,” the source told Us last month. “Without any shadow of doubt.”

In September, the couple made their first red carpet appearance in 18 years at the Venice premiere of The Last Duel. “Going red carpet official was a wonderful experience, and they were just so proud to shout their love from the rooftops like they did,” an insider told Us at the time. “The messages were pouring in from all over Hollywood and beyond, saying how cute they looked, and that meant the world to both Ben and J. Lo.”