THE highest-paid graduate jobs have been revealed as thousands of students anxiously collect their A-Level results.

It’s good news for animal lovers as job site Indeed claims vets are the best-paid workers for those straight out of university. 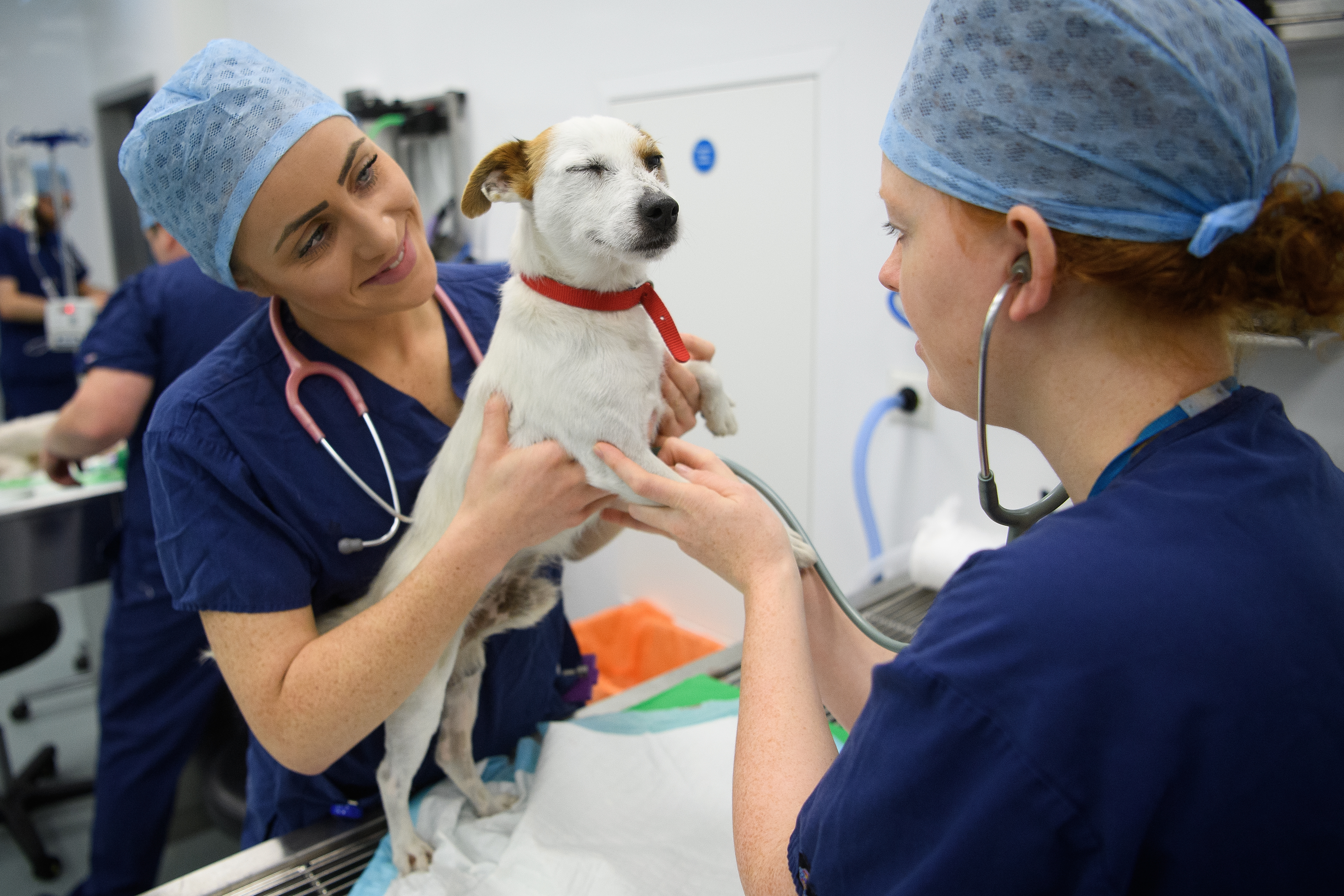 Veterinary science graduates take home an average salary of £31,636 after graduation for looking after the nation's pets.

Training to be a vet can be a lengthy process though and takes five or six years.

This is almost double most undergraduate courses which typically take around three years.

The rest of the highest-paid jobs are not that far behind newly-qualified vets with five of the top ten earning over £30,000.

Just behind vets in the list of top earners out of university, property management consultants can expect to enjoy a rough starting salary of £31,362.

THESE are the best-paid jobs for students fresh out of university.

The figures are based on findings from job site Indeed.

You'll need to study a business degree to become one which, over a three-year course, will cost you £27,000 in tuition fees.

Next on the were development operations engineers, whose salaries typically start at £30,593.

This is a very tech-based role that usually requires an engineering degrees and involves coding or scripting for websites or software.

A three-year course will cost around £27,000 in tuition fees.

The findings from Indeed are based on nationwide results  that require a university degree.

The salaries are not dependant on the university attended, just the course type.

Bill Richards, managing director at global job site Indeed, said: "Those embarking on a degree course this year and next will do so for a range of reasons – from the love of their chosen subject to burgeoning career opportunities.

“University isn't for everyone and many well-paid jobs do not require a degree, and the rising cost of a university education often dominates headlines."

Of course for plenty of students, university isn't the right path and there are plenty of high-paying jobs out that don't require a degree.

Figures from the National Careers Service show you can earn between £25,000 to £100,000 as a solicitor without going to university.

If you've always fancied a career in law, you can train as a solicitor on the job with a solicitor apprenticeships (level 7).

Introduced in 2015, this takes five years to complete but you'll need good A-Level results to secure an placement.

Depending on your skills, professional services job – including auditing, consulting, financial advisory work – can earn between £18,000 and £80,000.

You can usually train for this type of work through apprenticeships.

The National Nuclear Laboratory offers apprenticeships for those with a flare for science where you can earn £24,000 to £70,000 as a nuclear engineer once you qualify.

UNIVERSITY isn't for everyone and thankfully you don't need a degree to get a decent job.

These findings are based on salary data from the National Careers Service.

More than 300,000 18-year-olds are picking up their A-Level results today, they'll then have to decide if they'll go off to university, do extra training or go straight into work.

Ucas figures show more than 408,000 university places have already been confirmed from UK and overseas students.

While Ucas also expects another 70,000 university slots will be secured through clearing, for those whose results were better or worse than expected.

If you do find yourself off to university, check out the best student bank accounts for this year with perks including free railcards or £3,000 overdraft.

But in bad news for students, new analysis by the Labour Party revealed those going off to study will owe a collective £8.6billion in interest on their loans within the next five years.

You can also find out here what it means if you've received an unconditional, conditional, unsuccessful and withdrawn offer from a university.