Britney Spears Ex-Husband Opens Up About Her Engagement 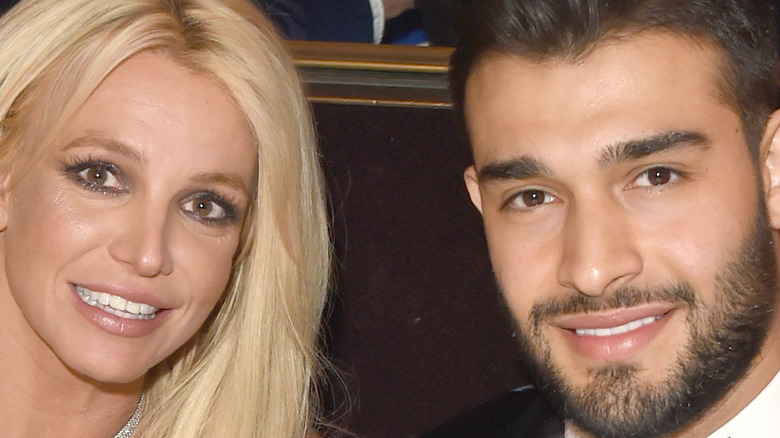 Britney Spears’ life — and her ring finger — seem to be smiling bright these days. After all, the embattled (but not seemingly embittered) pop star may almost be free of the conservatorship that’s been ruling her life at the behest of her father since 2008, depending on what a judge decides in a September 29, 2021 court hearing. With the possibility of being free of the conservatorship and being able to make more decisions about her personal life, Spears took to Instagram on September 12, 2021 to announce she is engaged to longtime boyfriend, fitness instructor Sam Asghari (via CNN).

This would be Spears’ third marriage — with her first two taking place in the same year. Her first marriage to childhood friend Jason Alexander lasted about 55 hours after she impulsively wed the man during New Year’s weekend in Las Vegas on January 3, 2004. She married Kevin Federline nine months later on September 19, 2004. That union produced two sons, Sean Preston and Jayden James, but Spears and Federline divorced three years later, according to Brides. Now, Spears’ first husband of less than three days has a few things to say about her latest engagement. 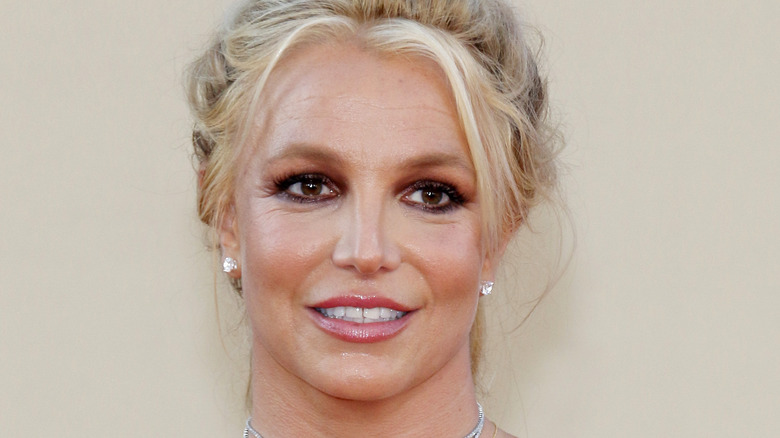 Although Britney Spears and Jason Alexander’s quickie Vegas marriage was annulled within days, Alexander still seems to care for the pop star he has known since they were children. Two days after Spears announced her engagement, Alexander spoke to Inside Edition about his feelings towards her and Sam Asghari.

“[Asghari has] really the only person that’s been around for a few years, so without him she would’ve been alone,” he said.

Alexander also admitted that he speaks to Spears on a regular basis and that they had just spoken before he did the interview with Inside Edition. Alexander, who has attended both a “Free Britney” rally and the “Stop The Steal” rally in Washington, D.C. on January 6, 2021 (via Insider), told Inside Edition that he still loves Spears.

“I’ve always loved her and I’m always going to love her,” he said. “If she’s happy with Sam, I’m happy for her.”