Britney Spears shows off her butt in tiny thong: Its booty time

Britney Spears showed off her butt in a series of sizzling hot photos shared on Instagram Sunday night.

“Booty time,” the superstar, 40, wrote. In the pics, Spears poses in a tiny red thong while flaunting her toned backside in front of a full-length mirror.

The post was accompanied by three red rose emojis. Spears’ slideshow also included an image of white gloves covered by a single red rose — a seeming reference to the mysterious “Project Rose” she has been teasing on social media for nearly two years.

Fans have surmised that “Project Rose” has to do with her hard-won court battle to free herself from a controversial conservatorship, supported by attorney Mathew Rosengart.

The legal arrangement, established by the pop icon’s estranged father, Jamie Spears, in 2008, was finally terminated by Judge Brenda Penny in November.

Britney limited comments on her latest Instagram post, only allowing the 46 people that she follows to leave their two cents. The singer’s “Pretty Girls” collaborator Iggy Azalea is her only pal to react to the skin-baring snap so far, writing, “Red blooded womannnnn 😮.” 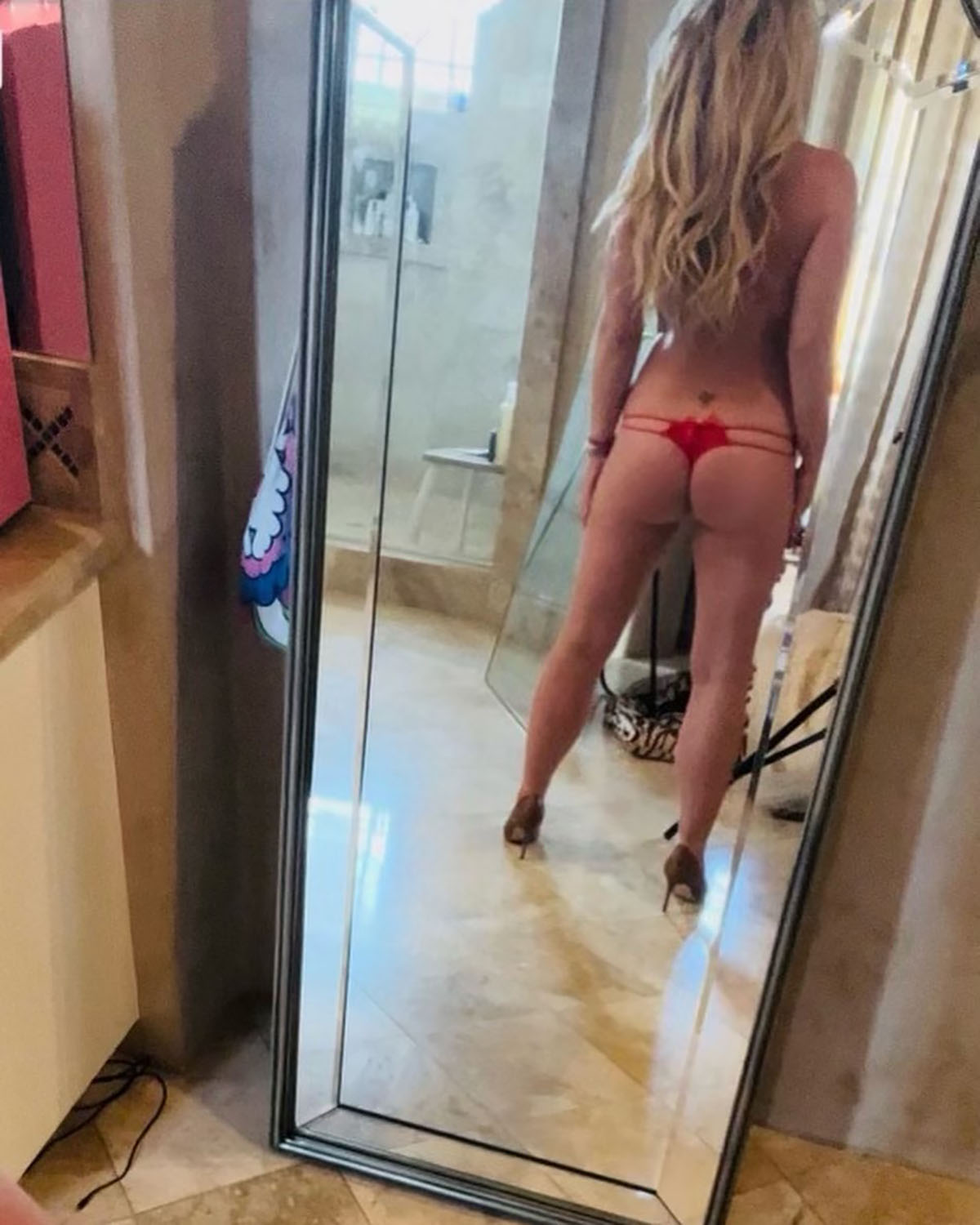 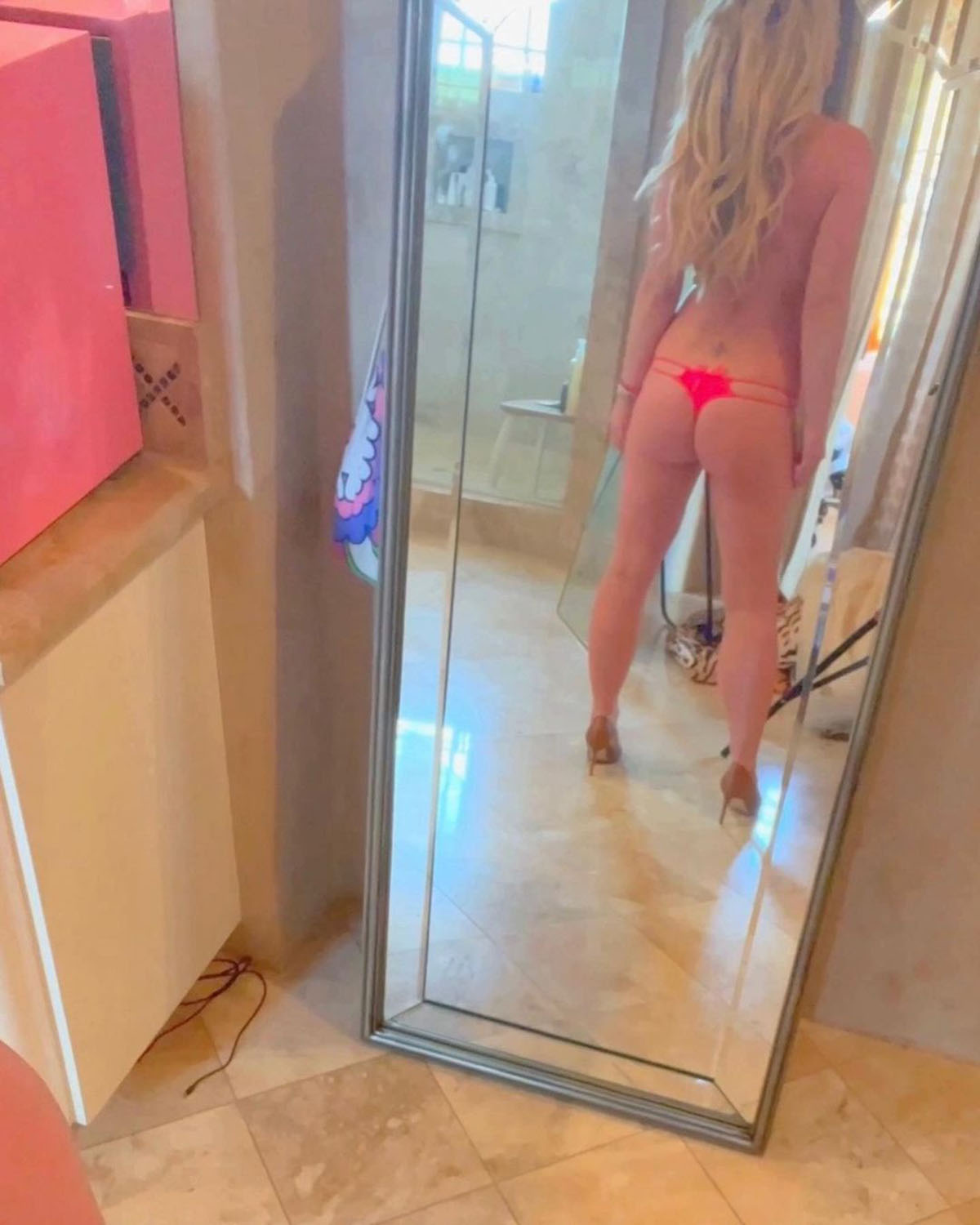 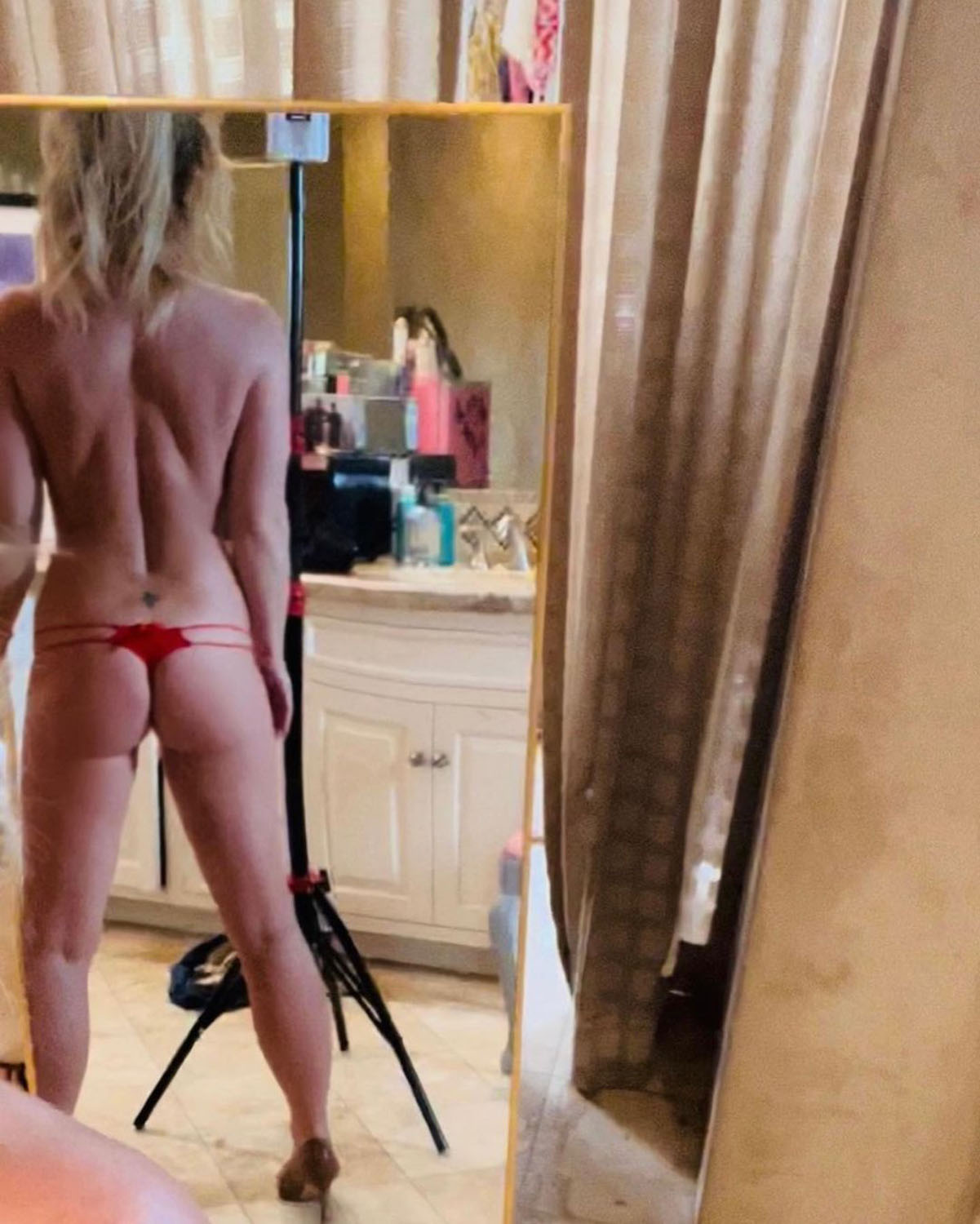