The stakes were high in the semi-final of BBC2 show Interior Design Masters…and it seems the client’s wishes were the last thing on the mind of some of the contestants trying to reach the final.

The latest episode of the show, hosted by Alan Carr, saw two cafes in the pretty Yorkshire town of Hebden Bridge on the receiving end of dramatic makeovers.

The owner of one of the cafes featured, Square One Coffee Company in the town, made it clear that duck egg blue was very much part of his cafe’s branding and he’d like to keep it.

However, his brief to semi-finalists Paul and Micaela, who were each tasked with transforming a floor of his cafe, seemed to fall very much on deaf ears as moss green, peach and mauve became the dominating colours. 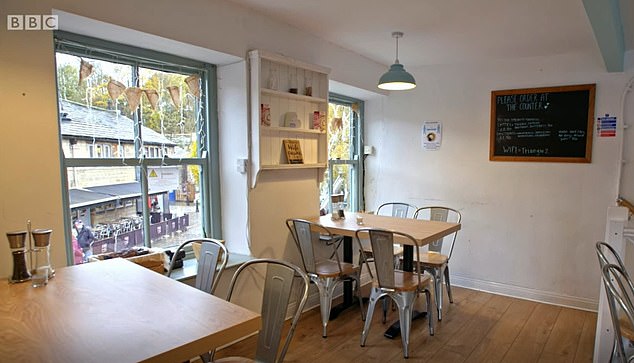 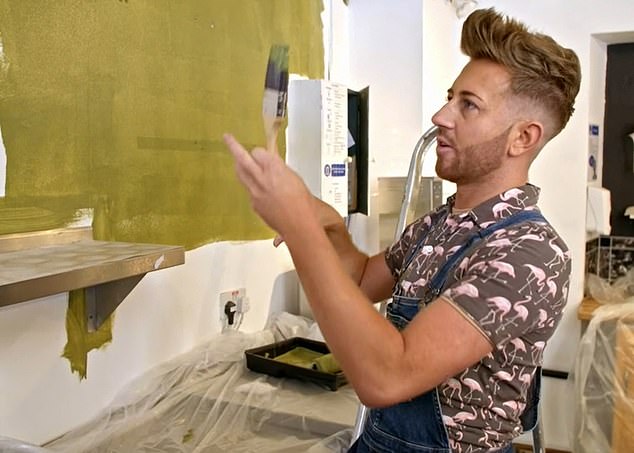 Despite Paul and Micaela being briefed by the cafe’s owner about keeping duck egg blue because it was part of their branding, the two designers chose their own very different colours 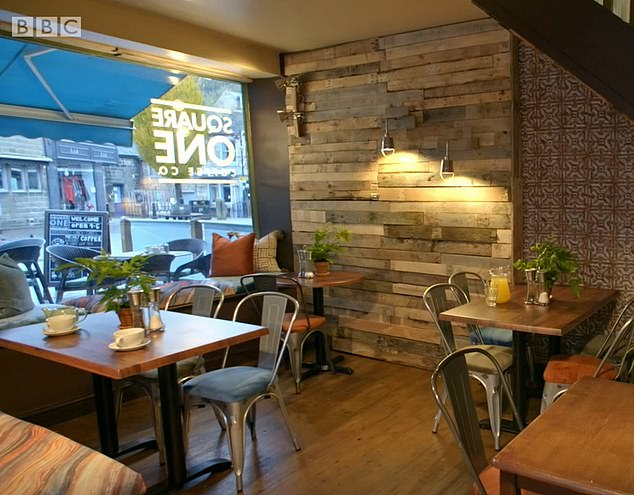 A tiled wallpaper covered the walls, while moss green was the shade Paul chose for the woodwork

Some viewers speculated that perhaps the owner had been unhappy with the makeover, after his reaction to the dramatic change wasn’t shown.

However, manager Daniel Craven told the Halifax Courier that, a few tweaks aside, they were happy with the revamp.

He said: ‘We decided that taking part in the show would be a bit of fun and be a positive highlight for us, even if it could have turned out a disaster!

‘Fortunately, we were very pleased with the results and with one or two little tweaks, we’re very fond of our new decor and we look forward to showing it off to our customers in due course.’

Many viewers were left aghast at just how far from the brief the amateur designers strayed.

@L_Sh0rt08 wrote: ‘I want to know what the cafe/restaurant owners think of the designs and if they were on brief? Where was the duck egg?!! It was their brand!’ 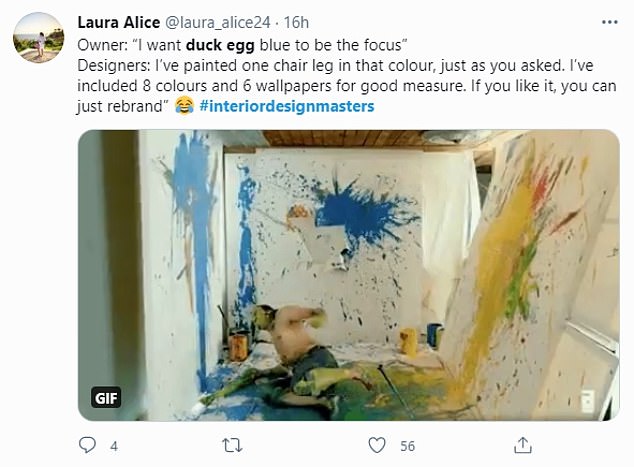 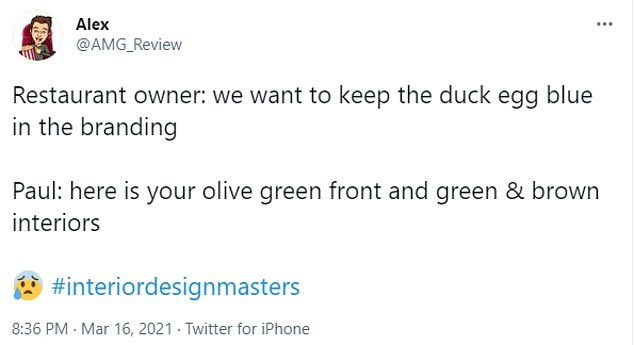 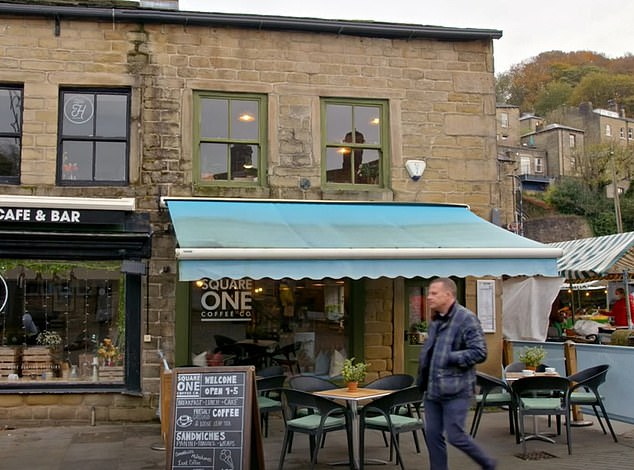 The exterior of the cafe after the duo had finished with it…the duck egg blue on the window sill had been painted olive green, although the blue awning remained

@deputydogg7d added: ‘Ok, so that lilac and burnt orange is definitely not duck egg #interiordesignmasters.’

@agarnet30 wrote: ‘The lack of duck egg blue is shocking.’

Meanwhile across town, Siobhan and Lindsay transformed the previously purple-hued Chapter 17 cafe, which got involved with the project after the owner spotted an advert asking for businesses keen for a makeover to get in touch.

The pairing proved successful as both Lindsay and Siobhan won a place in the final of the competition, vying for the title in the final episode next week.