Kim Kardashian is singing CBD’s praises! The trendy substance, which is a non-psychoactive cannabis compound (Translation: it doesn’t get you high), has been lauded for its ability to relieve stress and anxiety. In fact, that is a big part of the reason why the Keeping Up With the Kardashians star has become such an ardent proponent of it.

With four children — North, 6, Saint, 3, Chicago, 21 months and Psalm, 5 months — multiple businesses to run and a reality show to star on, it’s no surprise that Kardashian, 38, needs a little assistance when she’s looking to relax.

“I’ve been a huge fan of CBD ever since I started feeling overwhelmed, which came with starting law school and having a fourth baby,” she explained in a Poosh post published on Wednesday, October 16. “It was a combination of feeling like I’m not going to have time for myself and thinking this is going to be too overwhelming, and not really believing in myself that I can do it or surrounding myself with the people who can help.”

The KKW Beauty founder went on to note that much of her anxiety stemmed from concern over her children’s well-being, worries about not having enough time for her husband, Kanye West, and keeping up with the rigorous demands of law school.

“I started taking CBD, and it really changed things for me,” added the Selfish author, who has expressed a fondness for CBD-infused gummies before sleep in the past. “It calms me down automatically.”

However, Kardashian noted that once Psalm arrived in May and she began law school shortly thereafter, she realized she could “handle” her hectic life without relying too heavily on CBD. “I think you have to take it situation by situation and really make sure that you don’t overwhelm yourself and remember to do things for yourself,” she explained.

These days, the E! personality’s self-care routine is more reliant on the occasional spa trip than a calming candy. “I went months and months without any self-care or doing things for myself,” she recalled. “So I booked a facial and a massage and it just felt nice to take time for myself. I made sure the kids were either at my sister’s or busy. Carving out time for self-care (no matter what it is) is always important.”

Still, as Kardashian noted, her interest in CBD-infused products actually goes back several months. The California native even hosted a CBD-themed baby shower in April, just weeks before little Psalm made his debut. Guests including Chrissy Teigen and Kourtney Kardashian were treated to “CBD everything” such as massages, tasty drinks and more. 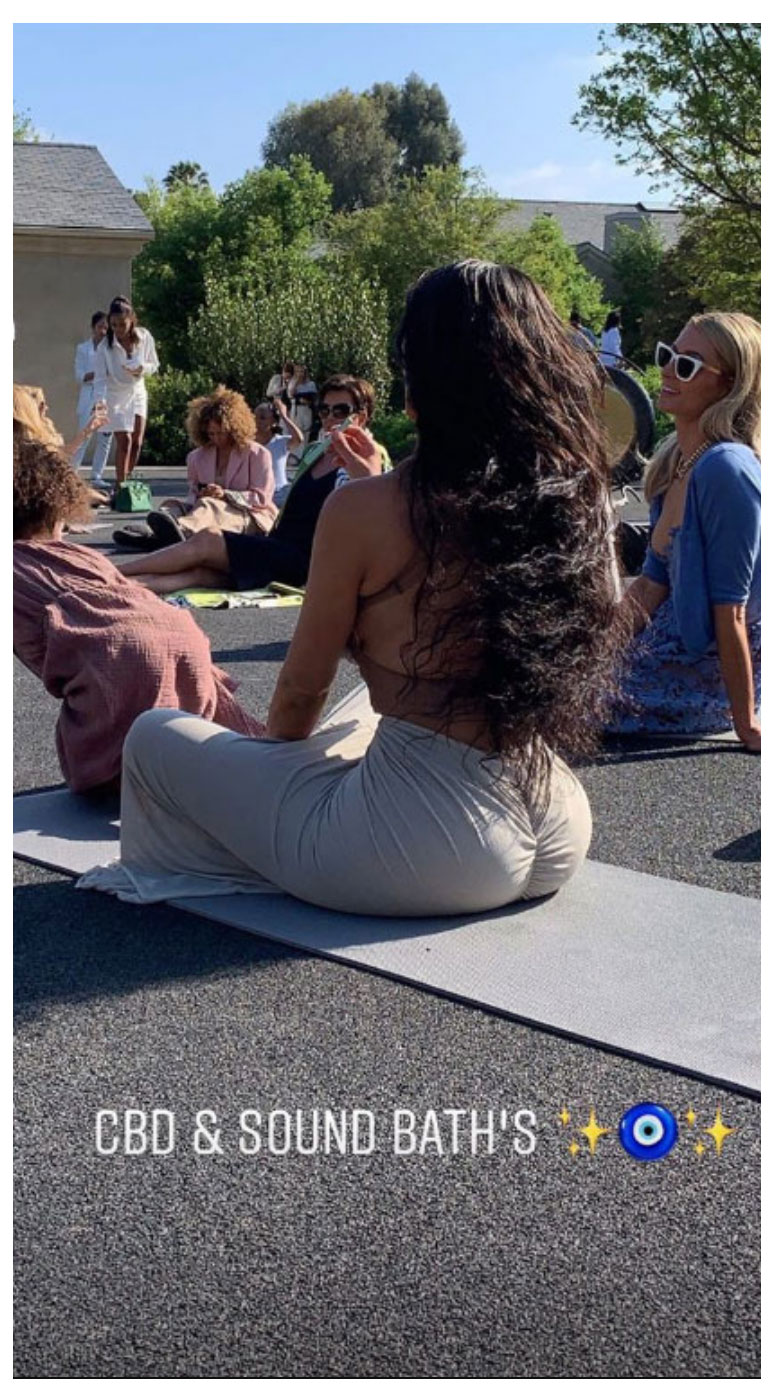 “This year, because I am freaking out so much, I just want a zen-like CBD-themed baby shower,” Kardashian told E! News prior to the event. “I just want massages, I want to do like a tea ceremony with crystals and we’re going to have a drink at this baby shower — we’re not pregnant.”

Well aware that the celebration was far from a typical baby shower, the Kim and Kourtney Take Miami alum, added at the time: “This is the massages for all, like just meditation, calm before the storm baby shower.”