Cher Reflects on Val Kilmer Breakup: 'We Were Both Alpha Males'

Cher was the ‘older woman’ in her legendary 80s romance with Val Kilmer, 13 years her junior. But that wasn’t the problem. In a new interview, the pop icon says they eventually clashed because they were both “Alpha males.”

Cher said Val Kilmer was like ‘nobody I’ve ever known’ 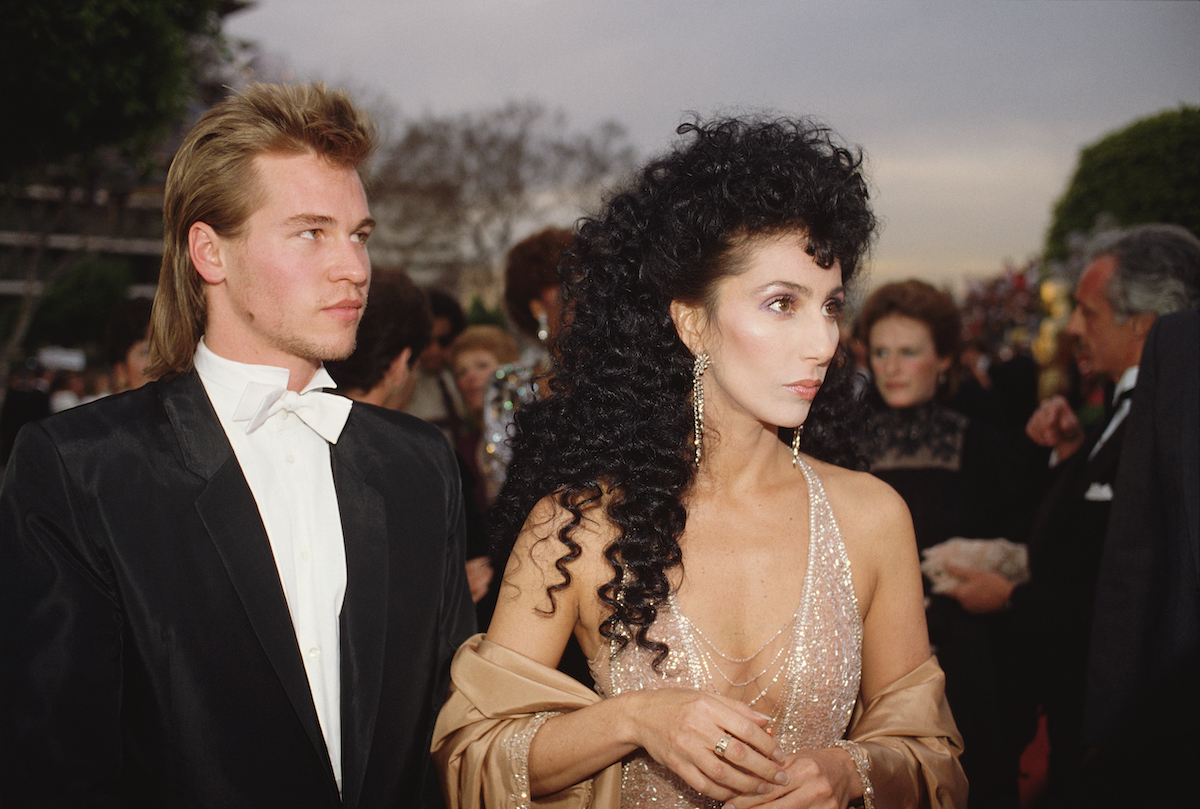 In its most recent issue, Cher told People magazine that she laughed ‘constantly’ with Kilmer, whom she dated when he was in his twenties.

“We became friends because we laughed at the same things constantly,” she told People.”He’s like nobody I’ve ever known. He is exasperating and hysterical. Thrilling and funny, and doesn’t do what anyone else does.”

She reflected on their shared sense of humor, saying that it was more than she’s ever experienced in a romance.

“Our sense of humor, and what we would put up with from one another, was more than I think I’ve ever had with any other guy,” the singer said. “He would just go off and do his own thing and you just had to be prepared. And he was so beautiful. It went from madly in love and laughing hysterically to respecting each other’s ability.”

She said they clashed because they were both ‘Alpha males’

The singer said the age difference between the two wasn’t an issue. Kilmer was confident, and an age difference was only a problem for men closer to her age, who she said were “intimidated” by her maturity and level of success.

“He was so young,” she said. “Was he 22? What was I? I don’t know. Thirty-something. It was a bigger deal back then. The truth was if I hadn’t gone out with younger men, I would have never had a date. Younger men weren’t intimidated by older women. But older men in my age category, they weren’t having it.”

The confidence they both exuded, though, would prove to be their undoing. Cher said the fact that they were both so successful and independent ultimately caused a schism.

“We had unbelievable times and then put up with some times when they weren’t [that way] because we were both Alpha males,” she explained. “We were both individuals and neither of us was going to give up on that.”

Still, she said, ​​she always forgave him. “He’s an artist,” she said. “He can be a brat too but you forgive him. You forgive him everything. Even when I was angry, it was still a joy.”

Cher and Val Kilmer are friends to this day

Kilmer and Cher broke up in 1984. They’ve only spoken fondly of each other since then. Forty years on, the Believe singer says they are still good friends.

Throat cancer has since literally robbed Kilmer of his voice; a new Amazon documentary, Val, details his battle. But neither the passing years nor his illness has altered their bond. “I loved him,” said Cher. “And I love him.”