Kevin Atwater is facing romantic woes once again. HL spoke EXCLUSIVELY with LaRoyce Hawkins about what’s next after Atwater’s secret blew up in his face with Celeste.

Atwater had been keeping his career as a policeman a secret from Celeste, but it finally came out during the January 12 episode of Chicago P.D. Celeste’s main problem with the whole situation? Atwater lying to her about it. HollywoodLife got EXCLUSIVE scoop from LaRoyce Hawkins about the future of Atwater and Celeste after their recent split. 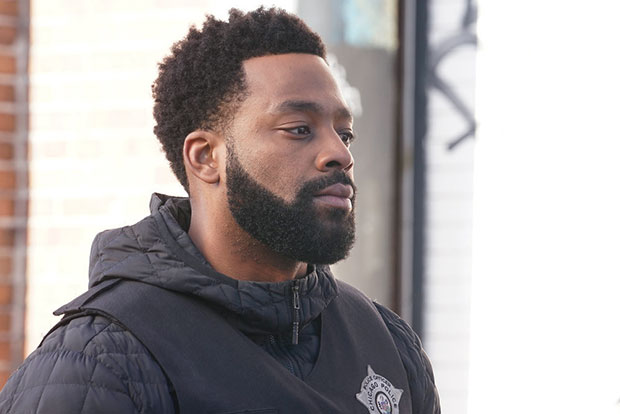 “He got a little too comfortable in that space and neglected the ultimate transparency and vulnerability, which is what we see at the end of the episode was I think they did their best to handle it,” LaRoyce told HollywoodLife. “I think they handled as best they could, but I am looking forward to the next time those characters find themselves in the same space. I’m eager to see how they respond to each other. I think we will see her again. I can’t make any guarantees or any promises, but I think that story deserves at least to be wrapped up in a way that everybody can have a little closure.”

Celeste told Atwater that she would have stayed with him if she had known about his police career from the beginning, despite her feelings about the police system. “He would love to communicate better than he had. I think he knows he made a mistake,” LaRoyce continued. “But as far as right now is concerned, I think the next step is just learning how to live with the decisions he made and do our best moving forward.”

LaRoyce noted that Atwater has had to “defend the badge or having to defend his Blackness historically on the dating scene because it’s difficult for Atwater to hide behind the badge. You can’t really. I think he watches Ruzek or maybe even Burgess kind of be able to hide behind the badge in a way that’s advantageous for them. But it doesn’t work that way when a Black man wants to protect himself, with a Black man that identifies as blue a little bit. The badge doesn’t hide Atwater, nor can he hide behind it. So just one of the things where he finds himself in a constant struggle between defending one or the other, and what made it so easy for him to find that safe space and peace with Celeste was the fact that that wasn’t a thing at all. It wasn’t a factor in the rhythm of the relationship. I think he enjoyed that probably almost too much.” 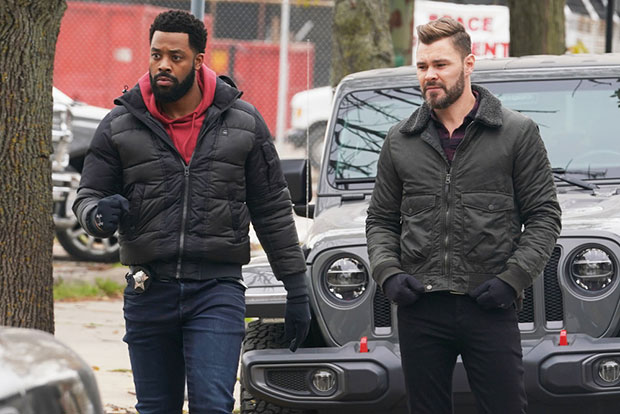 As for whether or not Atwater is ready to settle down, LaRoyce admitted that he “wants something like that for himself,” similar to Halstead and Upton, as well as Burgess and Ruzek. “For so long, it’s been hard for him to find that balance because he’s had his little brother and his little sister to take care of and prioritize. So whether it’s the case of the week or his own family, he’s always put the love for something else before his own. Right now, I think he wants to settle down eventually, but he also has to find what that looks like. He has to figure out what that’s going to be. I think this is an opportunity for Atwater to explore his taste and kind of find his type. If I had it my way, Atwater would workshop a few different women before he found the one in order for us to get an idea of what it is that what he likes or dislikes.” Chicago P.D. airs Wednesdays at 10 p.m. on NBC.