Rush hour madness! Commuters share the oddest sights they’ve spotted on public transport – including a woman with a cat on her head and a passenger washing her FEET

It’s likely that you try your best to ignore your fellow commuters – but some of their more bizarre antics are hard not to notice.

From one person washing her feet on the bus to a woman carrying her cat on her head, all this and more can be found on the Humans of Trūlai Instagram account.

The social media portfolio, which has been collated by Bored Panda, documents the weird and wonderful discovered on Lithuanian public transport.

Here, FEMAIL highlights a selection of the best examples… 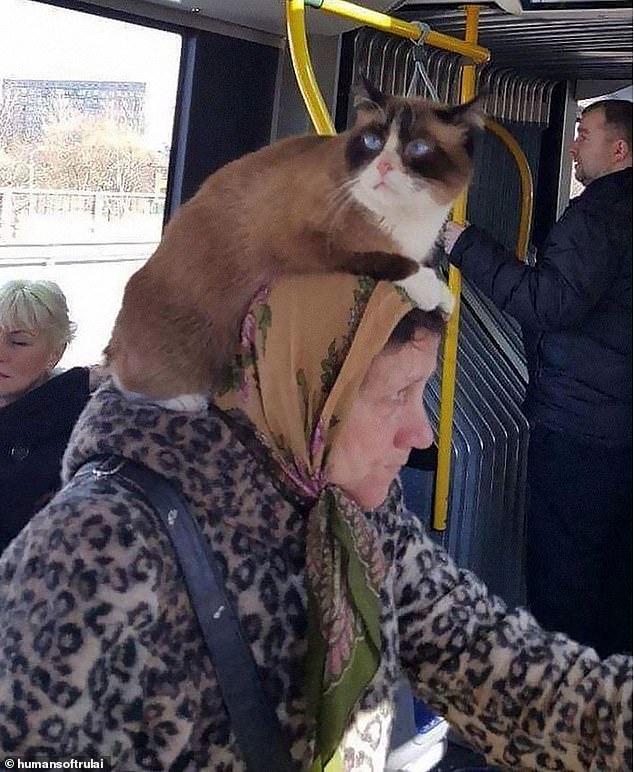 On top: This feline must have felt like King or Queen of the world while sitting on its owner’s shoulders and head during a bus journey in Lithuania 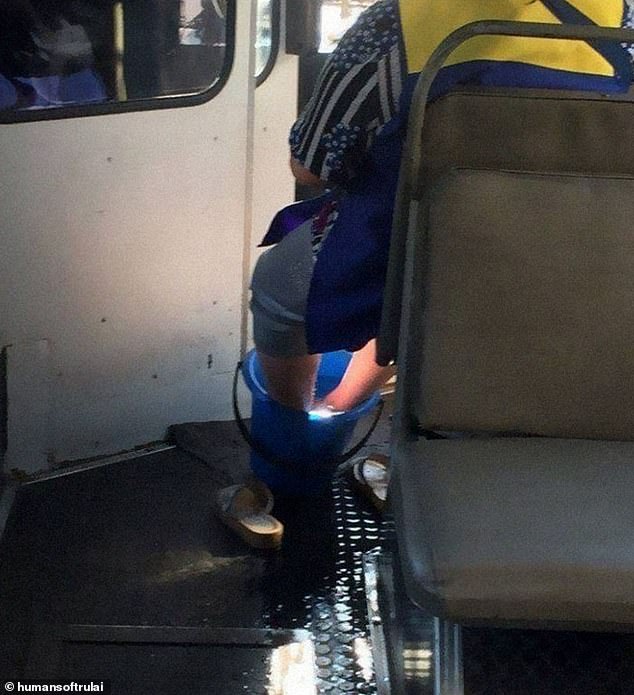 Multi-tasking like a pro: This woman had no qualms about washing her feet using soapy water and a bucket while on Lithuanian public transport 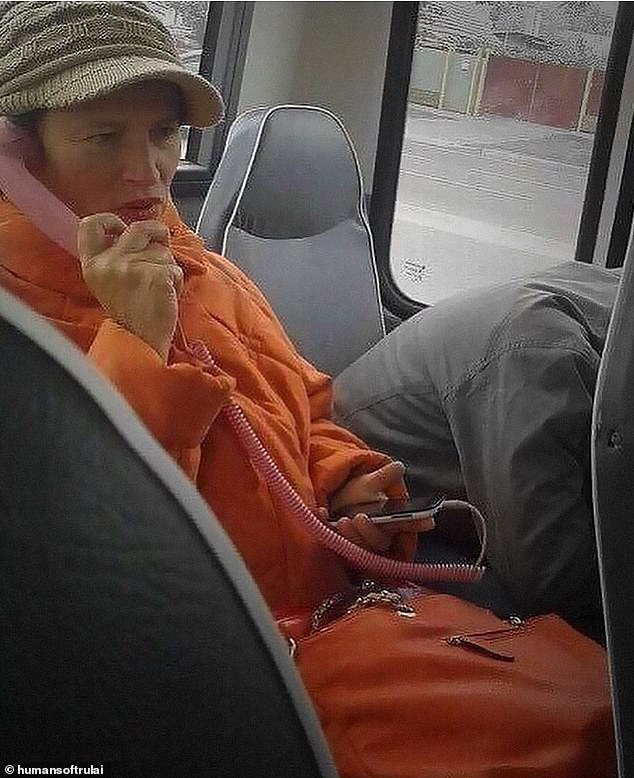 Going old school: This woman obviously prefers to talk over a landline and tried to give the illusion that her mobile phone was one 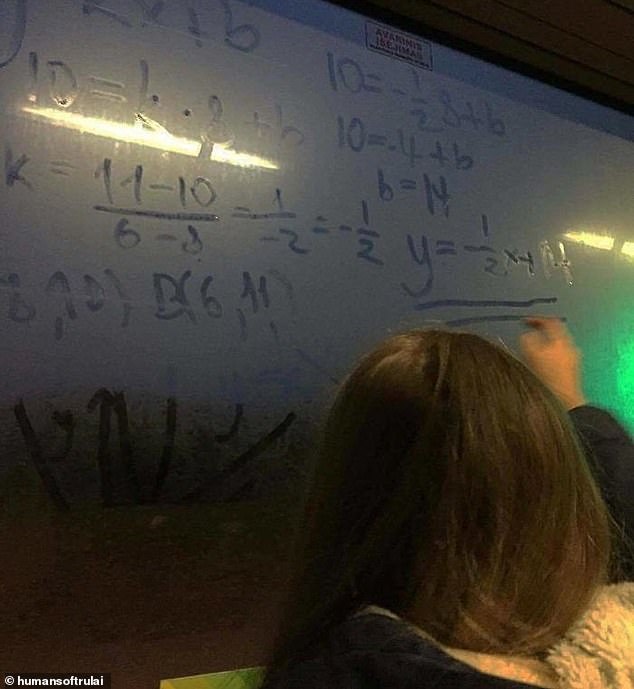 Quick maths: This woman impressed commuters with her mathematical skills when working out a problem on the window of a bus in Lithuania 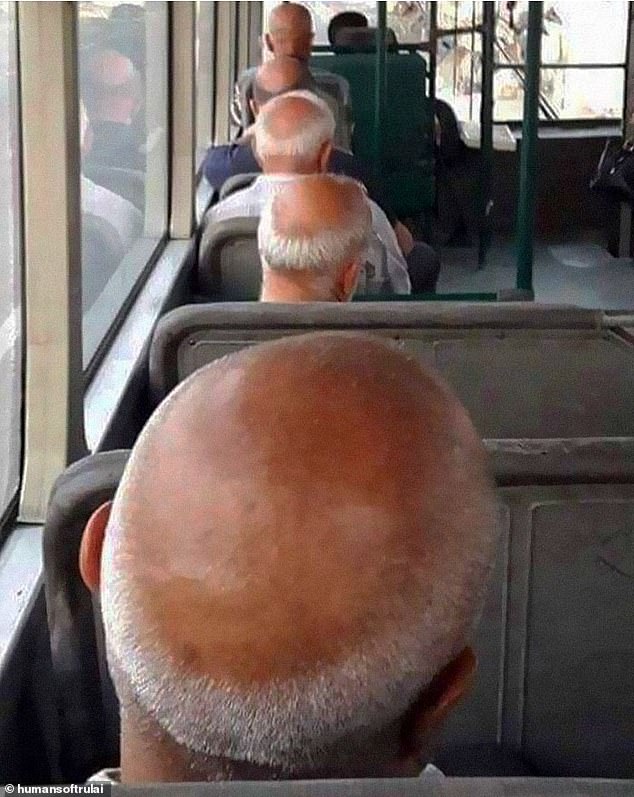 Swapping tips? One commuter couldn’t believe their luck when looking up and spotting similar hair-styled men all sitting in a row 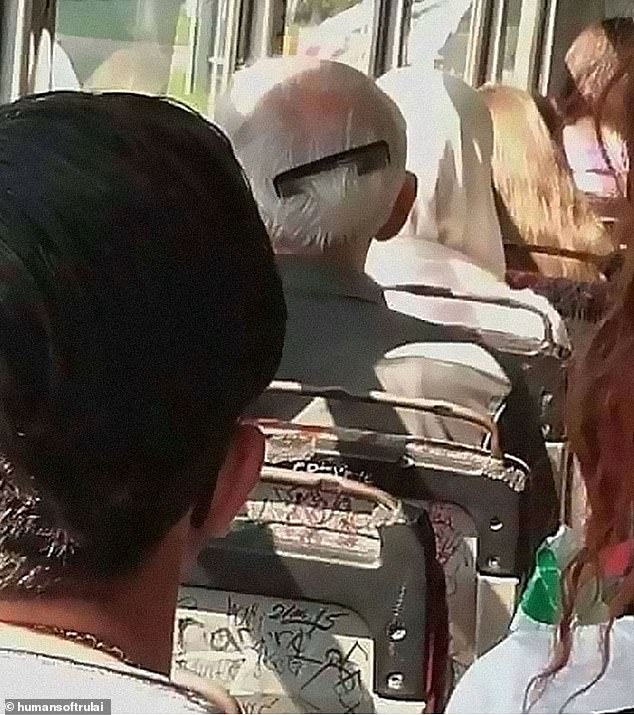 Quirky style: One man is spotted with a black comb still sitting in his white locks as he travels on Lithuanian public transport 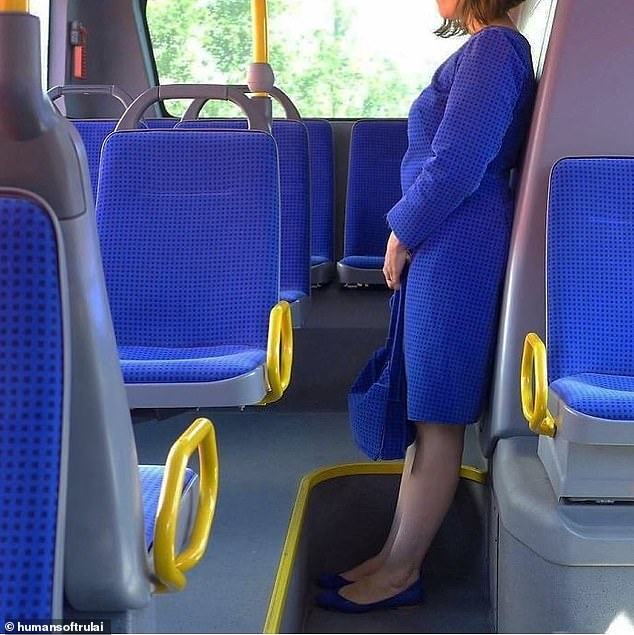 Fashion twins! One woman unwittingly matched with her surroundings when travelling on a Lithuanian bus with the same styled chair coverings as her dress 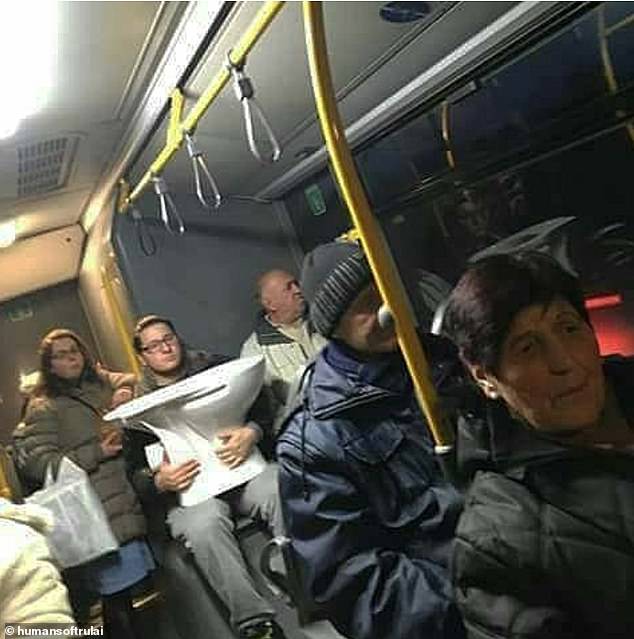 Everything but the kitchen sink: One man appeared ready for any situation when spotted sitting on a packed Lithuanian bus holding his toilet 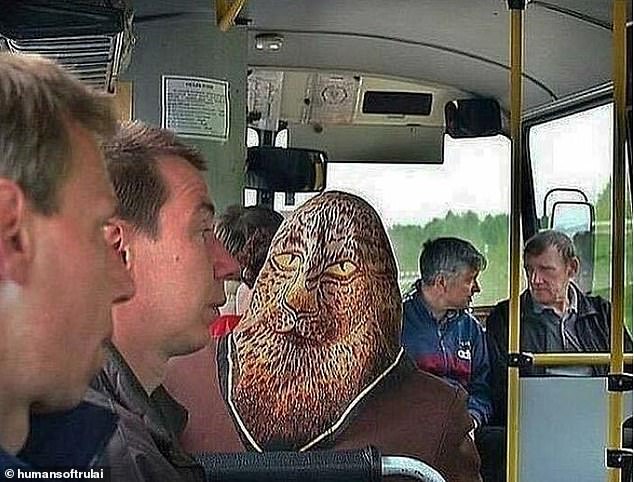 Looking good? One person showed their unique fashion style with a feline-inspired headscarf 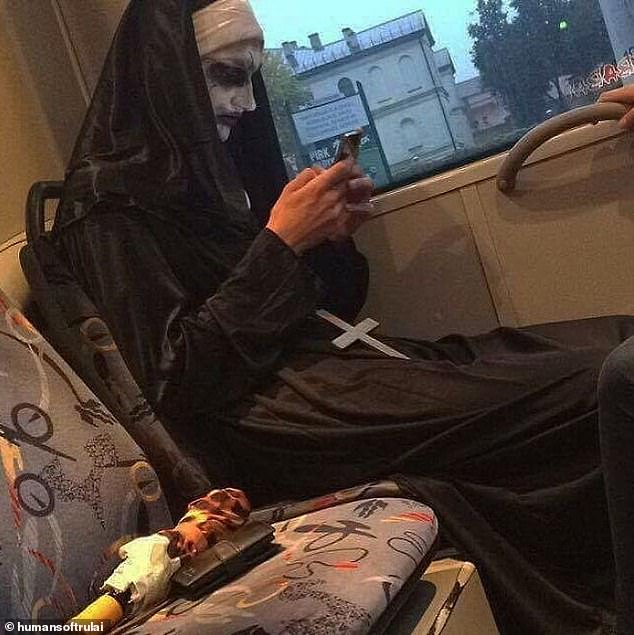 Christ Almighty! This was one terrifying nun which appeared on a bus in Lithuania recently 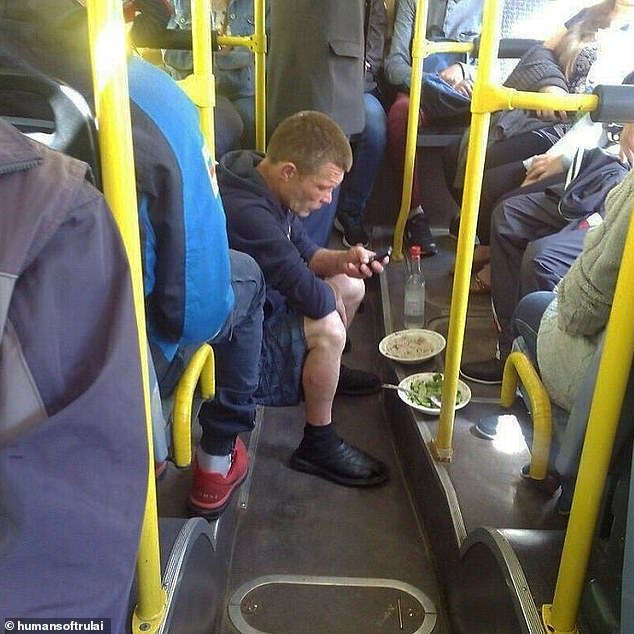 Prepared: This man seemed to have everything he needed for a lovely meal – in the middle of a packed Lithuanian bus 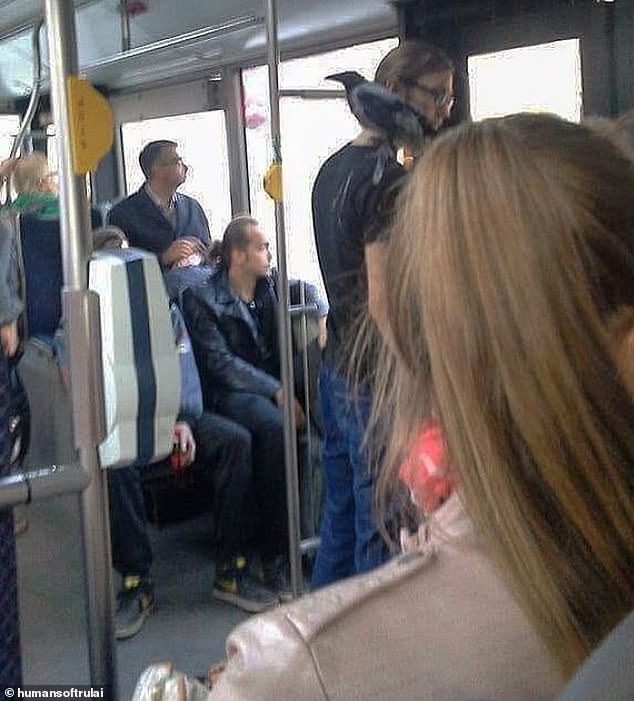 Pretty Birdy: One owner decided – despite the excrement now covering the back of his shirt – that it would be a good idea to take his bird for a trip on the bus while in Lithuania