COSTCO shoppers can buy a GIANT stocking filled with 105 chocolate bars and treats to sweeten up their Christmas this year.

The Christmas stocking includes a wide range of chocolate bars including KitKat and Snickers, as well as sweets including Maoam and Skittles. 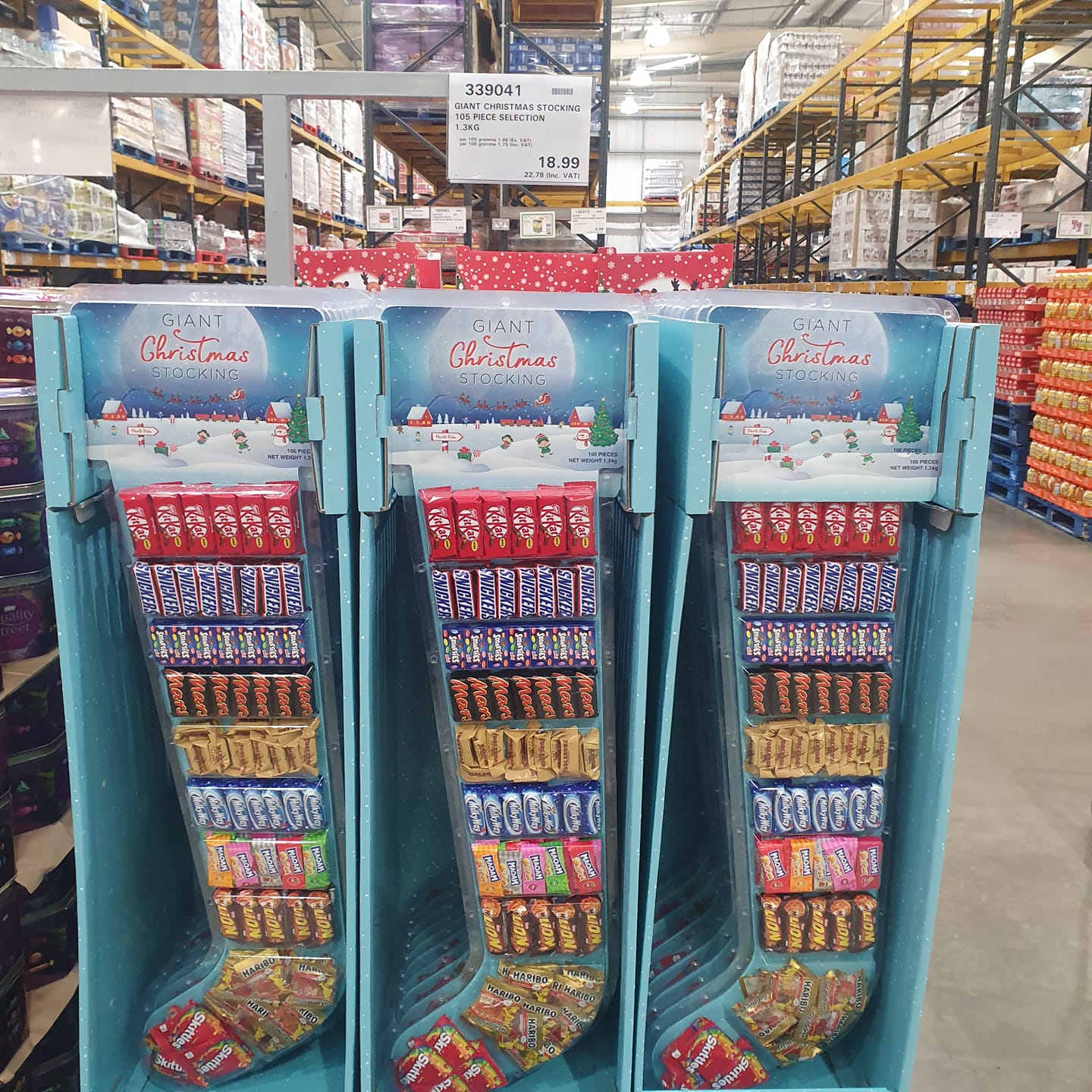 Overall, it weighs 1.3kg and sets you back £22.79 including VAT at the warehouse retailer.

The stocking was spotted by a shopper in the Extreme Couponing and Bargains UK group, who told The Sun she saw in Costco's Derby store.

Costco is yet to confirm whether it's available in all UK stores, so it's best to give your nearest store a ring before heading over to avoid disappointment.

The shopper wrote on Facebook yesterday: "Seen this in Costco today… £22.78 that's including VAT.

The post has proved a hit and has already racked up more than 6,200 likes and 6,700 comments from keen shoppers.

But a fourth disagreed and said: "They are only small snack size bars, not worth the money."

The stockings aren't listed on Costco's website, so you'll need to head into store to get your hands on one.

If you're based in England, Costco stores remain open during lockdown but make sure you only pop by if you're also buying essentials at the same time.

Costco has around 30 stores in the UK, but you have to be a member to shop there.

It costs £33.60 a year for an individual to join and it lets you shop in store or online.

You also have to be a member to use its website – and an online-only deal costs £15 annually.

Still keen to buy it? Keep in mind you're paying over the odds to get the various treats in the shape of a Christmas stocking.

For example, both Asda and Tesco are selling nine-packs of 35.5g Snickers bars for £2, weighing 319.5g in total.

By buying four of the packs, it means you'd get almost the same amount of treats as the stocking – 1,278g – for a fraction of the cost at just £8.

In other Christmas news, B&M is selling a musical doormat that plays festive tunes – and parents think it’s “absolutely brilliant”.

Celebrations fans can now also get a box personalised with their name on it for Christmas.

Meanwhile, a mum shares an easy way she’s saved hundreds of pounds for Christmas WITHOUT cutting back on anything.