Could the 'cash stuffing' budgeting trend help you save money?

What is ‘cash stuffing’? Could the budgeting trend beloved of Millennials which sees fans using physical money instead of cards and apps really help you save?

With the cost of living crisis impacting the majority of the UK, Gen-Z and Millennials are looking for new ways to save.

And the ‘cash stuffing’ trend, which sees fans physically withdrawing money from the bank to allocate cash into categories is becoming increasingly popular.

The ‘cash stuffing’ hashtag on TikTok has generated over 530 million views to date with savers from around the world following the growing trend.

Personal finance expert Dan Whittaker, at CashLady.com, has explained how the budgeting system works, as well as its potential downsides. 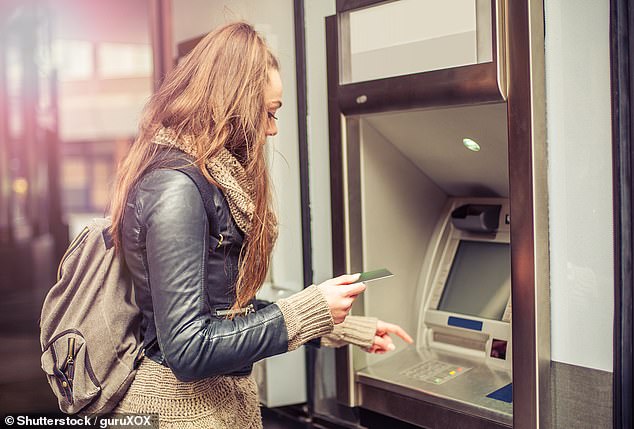 What is ‘cash stuffing’?

Cash stuffing is a method of budgeting, whereby people physically withdraw money from their bank account and organise it in a folder system.

Using a personalised folder containing several labelled envelopes, savvy savers divide their monthly outgoings into categories, label each envelope with a category, then select a budget for each category and put the allocated amount of cash into the envelope.

How can I start Cash Stuffing?

1. Divide your spending into categories

Spends such as shopping, dining out, entertainment, petrol, gifts and groceries might be the most consistent monthly costs to begin with.

2.  Assign an envelope for saving

You can start to deposit any spare change at the end of each month into it.

This could be for a car deposit or saving for a renovation or holiday for example, but having a specific goal is a great way to keep you motivated.

Having these additional folders means you’re always allocating some money to long-term goals.

3. Work out how much to assign to each category

If you know you spend too much on socialising, then lower your budget in that category, and so on.

After you’ve budgeted, it’s worth creating a spreadsheet to track your spending, simply writing down how much you allocated and then spent that month.

This creates an awareness of your spending habits and helps see where you went right and where you could cut back.

Any leftovers can be added to your long-term envelopes to encourage you to keep going.

4.  Only spend what’s in that envelope

Restrict your spending to only using the allocated amount on each category and you should have savings in no time.

For example, if your monthly take-home pay was £1,000, you would make your essential payments as normal via direct debits, such as rent, mortgage and bills.

Then, you split the remaining money into several categories within your folder.

This could be for things like the weekly shop, birthday funds, socialising, holiday savings or pocket money for kids.

Each category and its envelope would contain the exact amount allocated in your budget. The technique is also sometimes referred to as the ‘cash envelope system’.’

At the end of the month, you can see clearly how much money you have spent in each area and track it on a spreadsheet.

You can then readjust your budgets for the next month to stay on track.

If you’re lucky enough to have funds left over, these should be moved into a separate folder which acts as bonus savings for whatever your ultimate saving goal is.

Why does it work for some people?

This method of saving can be a great way to keep you motivated to achieve your savings goals.

Breaking down larger savings goals into smaller monthly targets makes the task of saving less overwhelming, and being able to literally see the money saved each month can lead to a greater sense of achievement.

Also, seeing your money physically dwindle can make you more aware of the current state of your finances.

Using apps or even online banking can sometimes feel as though you aren’t actually spending money as there is no physical cash exchanged.

This is perhaps why the method is particularly popular amongst young people, who have been brought up using online banking and are seeking a new way to view and manage their money.

Another bonus with this method is that you’re avoiding the risks that can come with credit cards or overdraft fees.

Avoiding credit cards altogether stops those prone to overspending from racking up debts, as once your monthly budget is gone, it’s gone.

What are the downsides?

However, there are some downsides to bear in mind – notably, security.

When your money is locked away in your bank, it is protected by the bank’s security systems and the Financial Services Compensation Scheme.

However, with your money living outside of your bank in cash form, it may be more vulnerable to theft, loss or damage (for instance from fire).

If this were to happen then you would essentially have no recourse to recover that money.

If you are interested in this technique, investing in a safe or something similar would be advisable.

You also aren’t earning any interest on your money while it is not deposited in a bank, building society or other savings scheme. 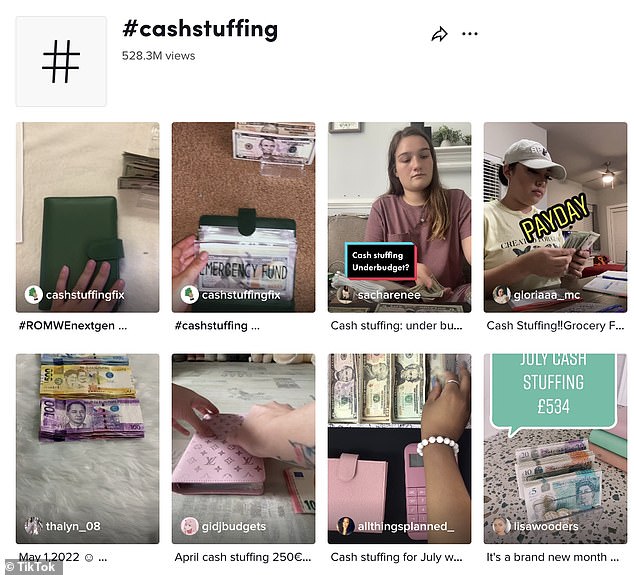 Trending: The ‘cash stuffing’ hashtag on TikTok has generated over 530 million views to date with young savers from around the world following the growing trend