Couple reveal how neighbour tried to frame them for ‘machete attack’

A couple whose neighbour tried to frame them by claiming she was being threatened with a machete have admitted her lies have caused them ‘endless stress’.

Emma Ravenscroft, 26, escaped jail last week after falsely claiming that Daniel Hall had held a machete to her throat.

Daniel, 40, and his partner Kim Doughty, 35, from Handforth, Cheshire, were horrified when armed police stormed his home – shortly after Ravenscroft smashed the living room window and ‘launched’ herself at them.

Ravenscroft then made a hoax 999 call to the police, in which she claimed Daniel was ‘running around with a machete’, prompting her to hide in her car with her boyfriend – but forgot to hang up before saying: ‘I’m blagging it, this will get him nicked.’ 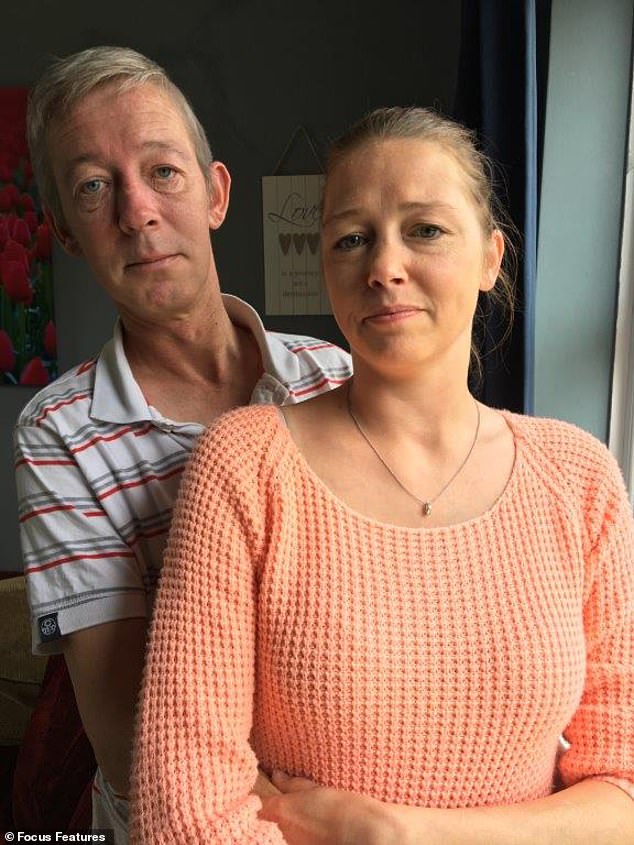 Daniel, 40, and his partner Kim Doughty, 35, from Handforth, Cheshire, were horrified when armed police stormed his home – shortly after Emma Ravenscroft vandalised the living room window

Speaking about their ordeal, mother-of-one Kim says: ‘It’s been an absolute nightmare.

‘It all happened the week after Christmas but the goodwill was sadly in short supply in our street.

‘Emma and I are still neighbours so I just try to avoid her as much as I can. She has caused us endless stress with her lies, for no reason at all.’ 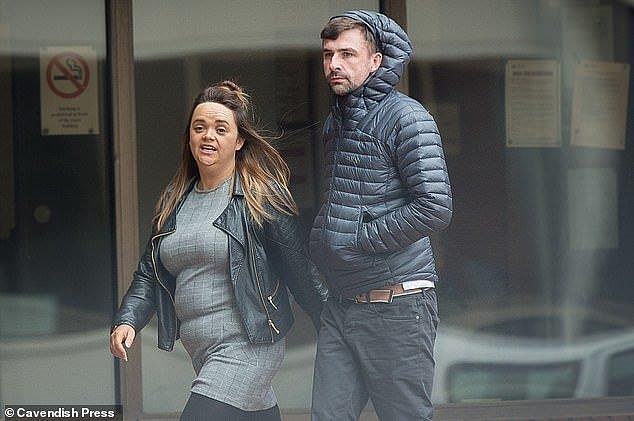 Kim and Daniel met four years ago when he moved into Kim’s street. The couple began dating in December 2017 and settled into a happy relationship.

But problems began after they argued with Ravenscroft, also a neighbour.

Kim says: ‘Emma moved in about three years ago and at first we were friendly. She seemed nice and she borrowed stuff and stopped for a chat, as neighbours do.

‘But then she offered me money to clean her flat and I refused. I have worked as a cleaner in the past. After that, she got the hump with me and she was very off-hand. 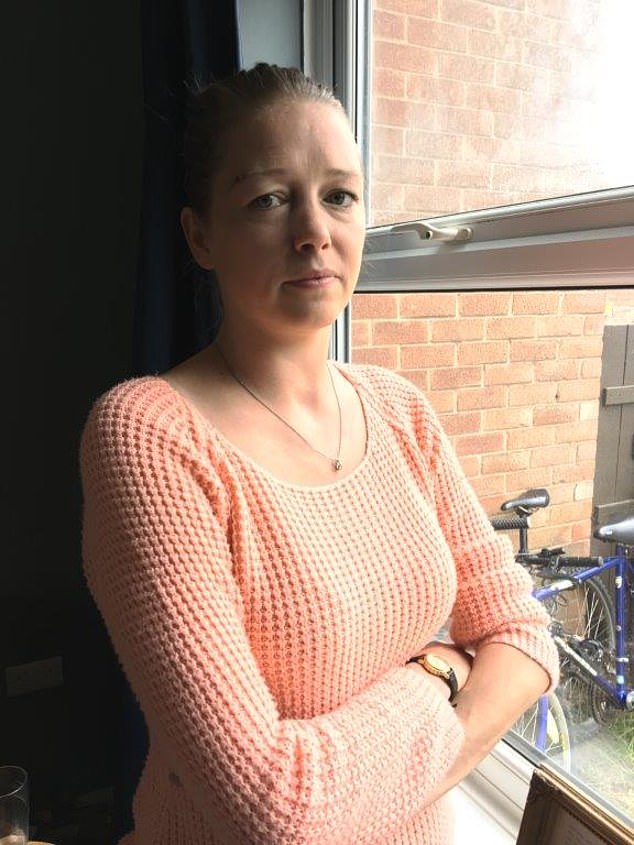 Kim and Daniel met four years ago when he moved into Kim’s street. At first she was friendly with Ravenscroft, also a neighbour, but problems began after a row over cleaning

‘She was quite abusive in the street and I tried to avoid her. I started staying over at Dan’s house because he lived further up the street.’

But on December 29 last year, Ravenscroft’s car was vandalised – with someone daubing ‘s***’ in bleach on it. 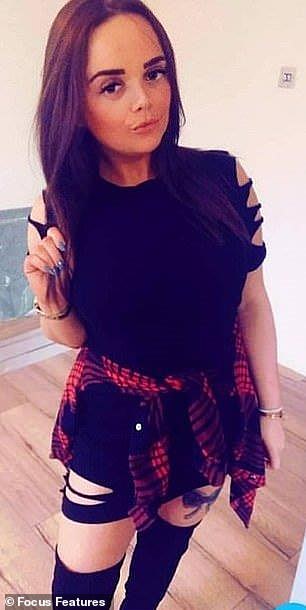 She wrongly assumed, without any proof, that Dan and Kim were responsible.

Kim says: ‘I have no idea who damaged her car but it certainly wasn’t me. She has upset most of the street so I imagine it could have been anyone.

‘I wouldn’t be surprised, given her track record, if she did it herself.

‘Dan and I had just watched a Christmas film and we were turning the lights off, ready for bed around 11pm, when there was a loud smash and glass flying everywhere.

‘Dan was shouting that someone had smashed the living room window and then we heard banging and screaming at the front door.

‘Emma launched herself at us, going first for me and then Dan. Dan rang 999. I was really scared.

‘When the police sirens sounded, I was really relieved – I thought they were coming to help us.’

But when the shocked couple opened their front door they were confronted by a line of armed police.

Kim says: ‘They were screaming “Put your hands up!” at Dan. It was horrendous. 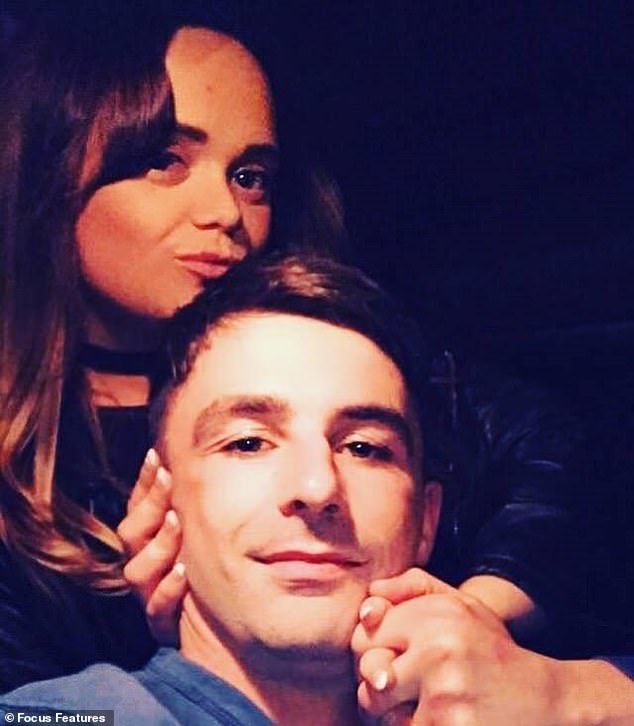 Ravenscroft, pictured with her boyfriend, wrongly assumed that Kim and Daniel were responsible for vandalising her car

‘We were the victims and we couldn’t work out why they were arresting him. But it was so scary, because they had guns, so we had to do as we were told.

‘It was only after Dan had been searched and handcuffed and the house was searched that we were told Emma had made a complaint that he had threatened her with a machete.

‘Of course we don’t have a machete. Dan is not that sort of bloke; he would never hurt anyone. 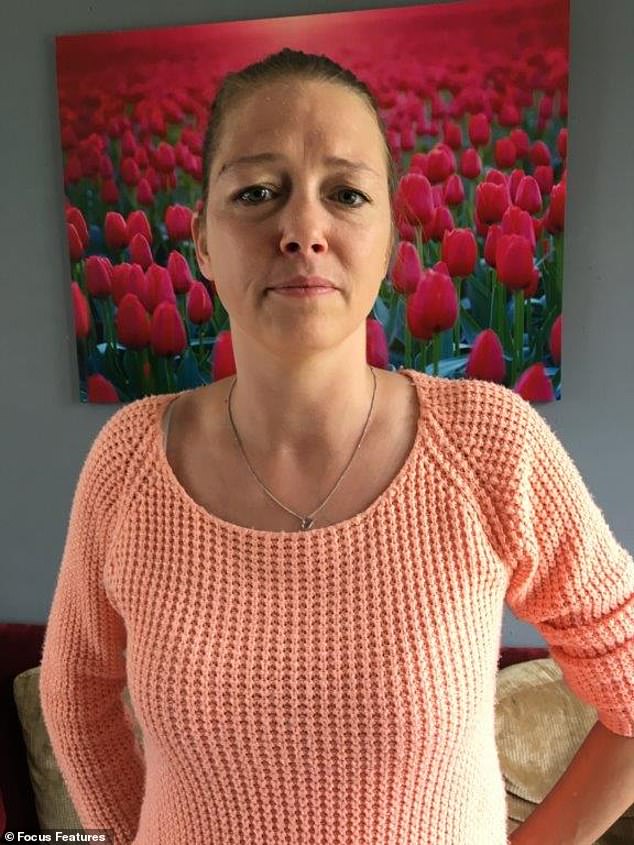 ‘We had CCTV so that was checked too – and of course it was clear. It was a total wild goose chase.’

Emma Ravenscroft appeared before Stockport Magistrates last week. The court was told she made the call after she found someone had used bleach to write the word ‘s***’ on the bonnet of her car.

In her hoax call to the police, she claimed Daniel had a ‘big machete in his hand and he just tried to get me with it — he held it against my throat’.

Armed police were scrambled to the scene but realised it was a hoax when Ravenscroft failed to end the 999 call and was overheard telling her boyfriend that Dan will be ‘getting locked up tonight’ due to her hoax claim. 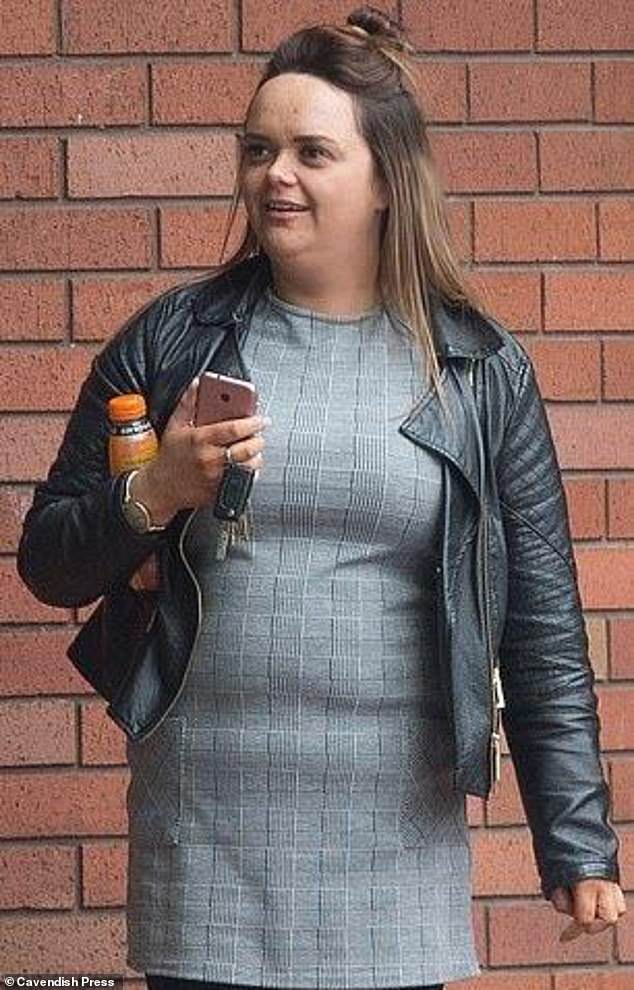 Emma Ravenscroft appeared before Stockport Magistrates last week and was ordered to complete a 12-month community order and was also issued with a year-long restraining order, fined £50 and ordered to pay £185 costs

Ravenscroft was subsequently arrested. She was convicted last week of wasting police time and criminal damage to a window at Dan’s home.

She was ordered to complete a 12-month community order and was also issued with a year-long restraining order, fined £50 and ordered to pay £185 costs – though she was cleared of assaulting Dan and Kim.

Cheshire Police confirmed several officers attended due to the mention of a machete — but no weapon was found at Dan’s home or in the surrounding area. 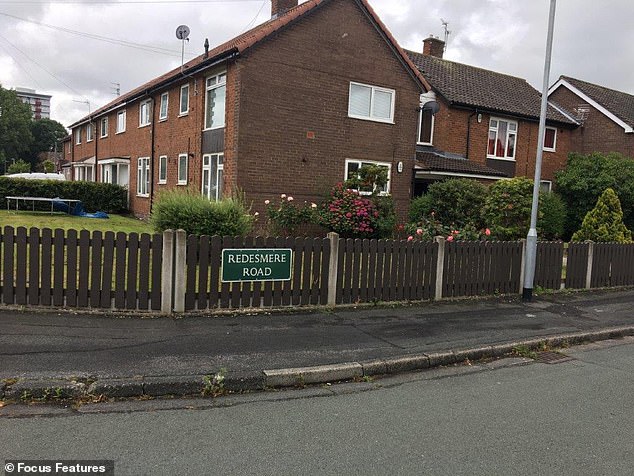 Cheshire Police confirmed several officers attended due to the mention of a machete — but no weapon was found at Dan’s home or in the surrounding area (pictured: the street where Daniel and Kim and Ravenscroft live)

An officer who attended said Ravenscroft had left the line open after the 999 call and was heard saying she was going to get him sent to jail.

One of the armed PCs said: ‘The use of the word “machete” prompts an armed response.

‘Emma came out when we arrived and started shouting about what she said had happened. I went into her house with her. 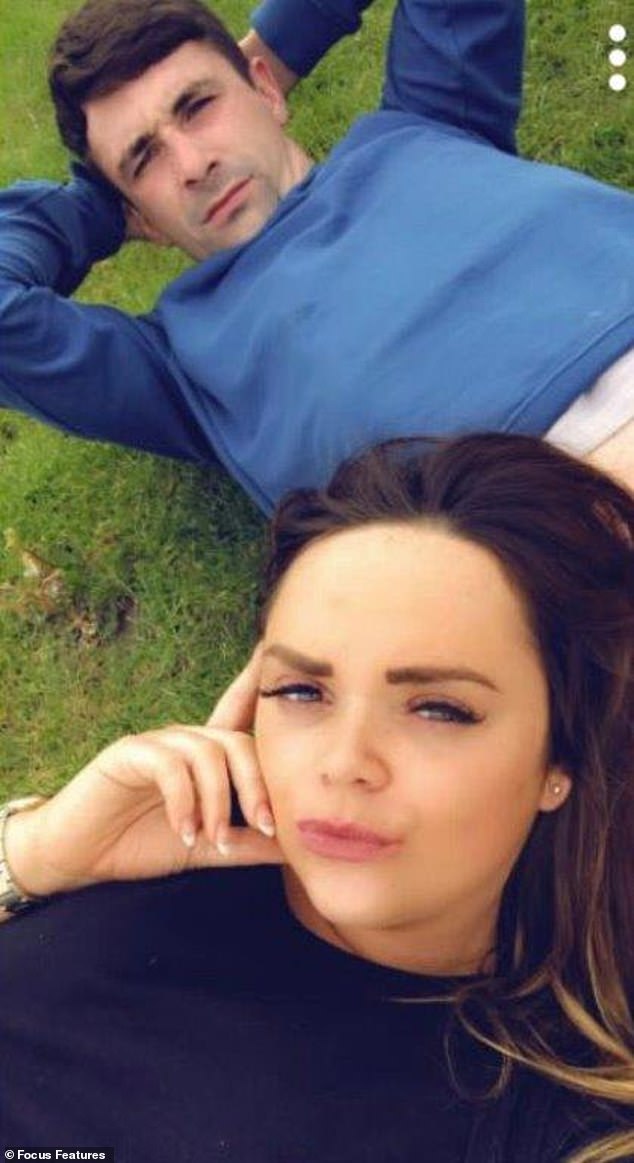 An officer who attended said Ravenscroft, pictured with her boyfriend, had left the line open after the 999 call and was heard saying she was going to get him sent to jail

‘Her vehicle had been damaged on a photo she showed me. There was no machete recovered.

‘Whilst I was in with Emma I heard on my earpiece the end of the 999 call which showed Emma saying “I’m blagging it – this will get him nicked now”.

‘We involved specialist officers when we don’t have that many — it was a total waste of a lot of resources.’