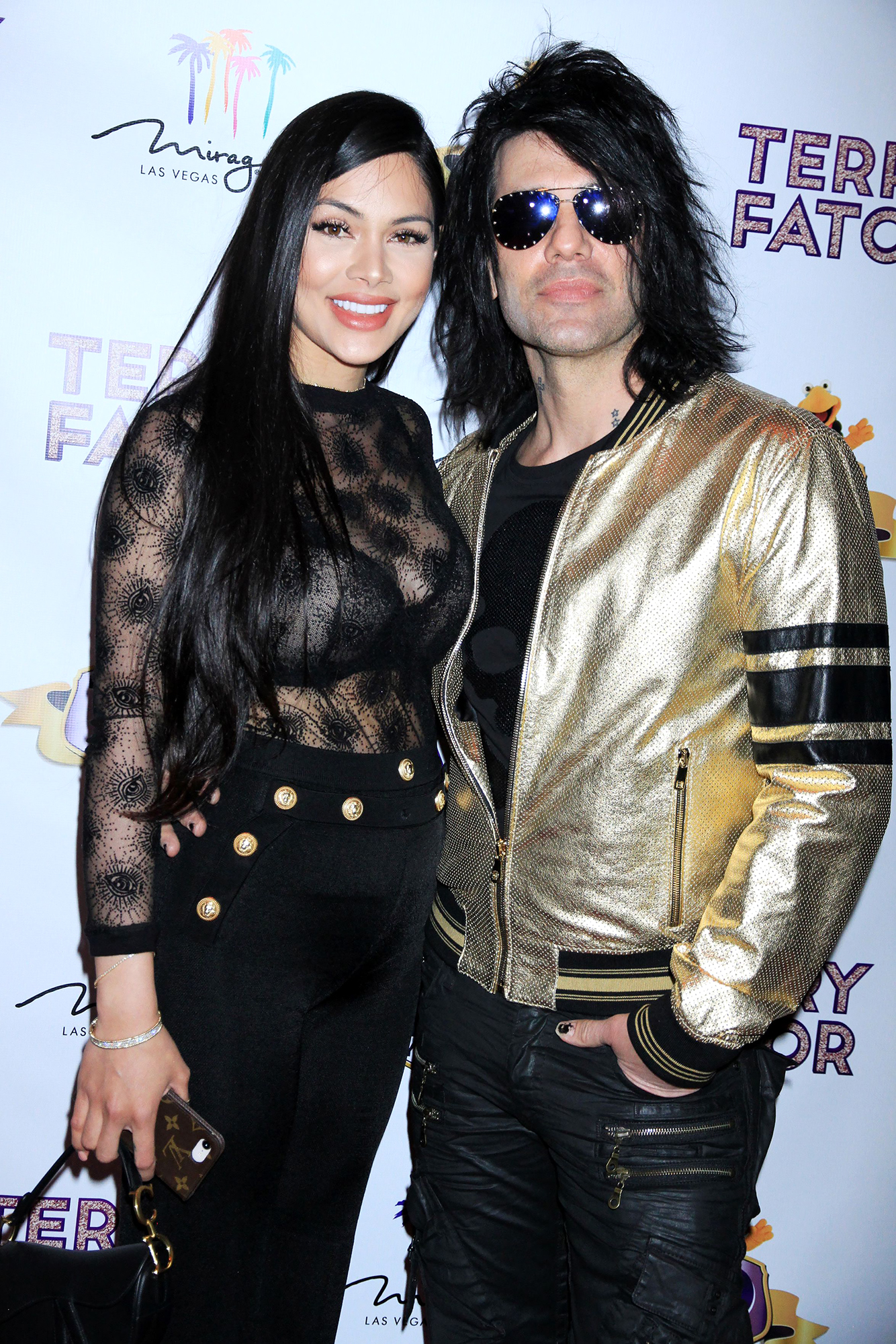 Family of five! Shaunyl Benson gave birth to her and Criss Angel’s third child, a baby girl, via an emergency C-section on Friday, November 5, and the infant is recovering “well.”

“God gave us warrior children,” the actress, 30, told her Instagram followers on Monday, November 8. “Illusia Angelina is doing very well today. Her strength is mighty. I am so grateful and thankful to God almighty that she is here and she is alive. Thank you all for your love prayers and support.”

The social media upload came two days after Illusia made herInstagram debut. The little one arrived at 35 weeks and had “a long road ahead,” her mom wrote on Saturday, November 6, adding, “She is currently in the NICU and we are asking for all your prayers. … We have faith in God and we are feeling so positive and know she’s in great hands. Mommy is recovering well in hospital.”

Baby No. 3 was “unexpected” for the couple, Benson told her Instagram followers in July, sharing a video of herself telling her husband, 53, the news.

“I found out that I’m pregnant. Again,” the singer said in the footage. “I’ve taken three pregnancy tests and every single one is positive. It’s probably really early. Probably only, like, five weeks. … I’m pretty nervous to tell Christopher because another kid was not in the cards. … I’m so nervous I could, like, vomit.”

The escape artist thought that she was joking, asking, “You’re not pregnant. Seriously?”

The illusionist and Benson revealed their pregnancy news one month prior. “Plus one equals five,” the New York native captioned his June social media upload. “May every day be as special as today.” 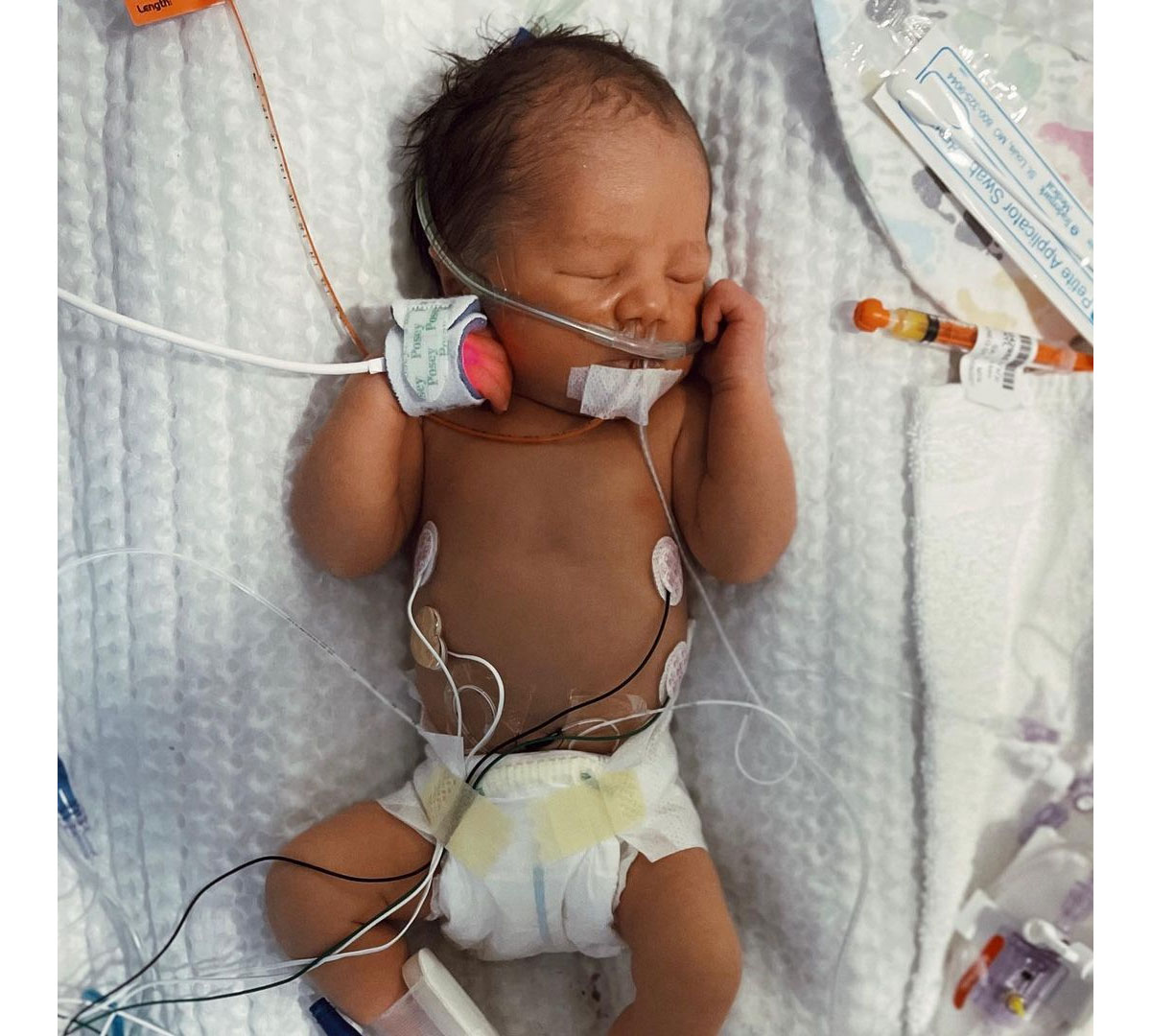 He and the Aussie are also the parents of sons Johnny, 7, and Xristos, 2, who arrived in 2014 and 2019, respectively. When Benson told Johnny that he had another younger sibling on the way, he gasped and hugged her. “Oh, my God,” her eldest son whispered. “A sister, is it a sister? Let me feel.”

Johnny was diagnosed with acute lymphoblastic leukemia in 2015. While he went on to recover, he relapsed four years later.

“He got diagnosed with pediatric cancer before he was 2 years old, he’s been in treatment for over three years, he’s been in remission, but unfortunately he had a relapse and he’s going back into the hospital on Monday,” the former Angeldust frontman told TMZ in December 2019. “We’re partly out here in California because we [want to] take Johnny to Disney. I’m taking him to Universal [Studios] tomorrow.”

Angel and his wife have continued to document the little one’s treatment via social media throughout his cancer battle.

“This boy of ours is a superhero,” Benson gushed in a January Instagram post. “Over five years of treatment, thousands of pills, thousands of pokes and jabs, hundreds of procedures and not once in his entire life has he ever complained. He’s often said, ‘Ugh, not this again,’ but never ever has this boy ever said, ‘Why me!?’ When you’re a kid and you’ve stared death in its ugly face, fearlessness comes naturally.”