DAN HODGES: Deal? No Deal? It really doesn’t matter now… All that counts is Boris must end it TODAY

There’s a technical possibility we could extend talks for a day or two,’ the Downing Street official explained last week. ‘But the destination will finally be set this Sunday. One way or another we’ll know by then.’

Today is the day. Again. First, the deadline for the end of the Brexit trade negotiations was October 15. Then October 31. Then it was last Sunday. Then it was today. At least for a few hours, until Dominic Raab revealed: ‘You can never say never with these EU negotiations.’

Well, at some point someone is going to have to say never. And that moment is now.

There are massive dangers with No Deal.

It foresaw the nation’s ports grinding to a halt, food shortages, fuel and power shortages, and the Royal Navy confronting her EU counterparts amid Channel clashes between UK and EU fishermen. And this was the work of Michael Gove’s department, not some Project Fear construct. 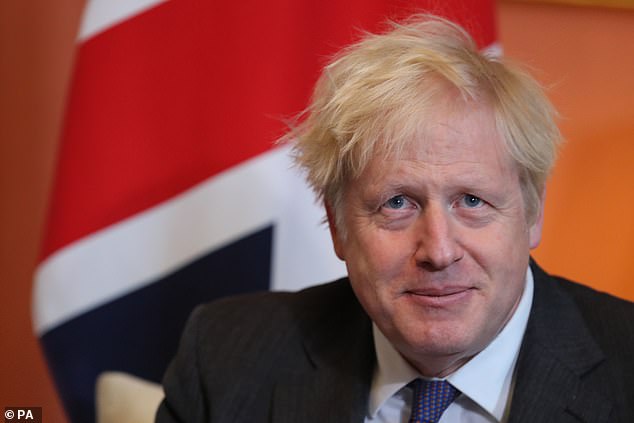 It would also represent a major failure for Boris and his entire Brexit strategy. Ever since the 2016 referendum, he has told anyone who would listen that confronted with a sufficiently robust negotiator, the EU would fold. That their institutional obstinacy would finally crumble in the face of a need to sell us hot-looking BMWs and ice-chilled prosecco.

In addition, the timing of No Deal could hardly be worse. Last month, the Office for Budget Responsibility predicted an unprecedented eight per cent fall in GDP as a result of the Covid crisis. Their estimate was that the immediate impact of a No Deal Brexit would pile an additional two per cent of misery on to the UK economy.

But how, why and when we got here is no longer relevant. We are where we are. And the reality is that this morning Britain is not simply teetering on the edge of No Deal. We are in mortal peril of again plunging headfirst down the Brexit rabbit-hole.

‘There’s no way it will end this Sunday,’ a weary Minister told me. ‘They’re going to fudge it. It will go on to the end of the year, and then they’ll probably find a way of rolling it all over into the New Year.

‘To be honest, we’ll probably have to get used to this carrying on for the next 40 years.’

We cannot go on like this. Or rather, we cannot go back like this. There simply can’t be a return to the nightmarish Brexit Groundhog Days that saw Britain paralysed as her political class embarked on an endless – and utterly pointless – VAR review of the referendum result.

First, there are cold, hard, practical reasons why the trade talk impasse finally has to be broken. Yes, many UK businesses are concerned about the impact of No Deal. But one thing that concerns them more is the continued uncertainty. 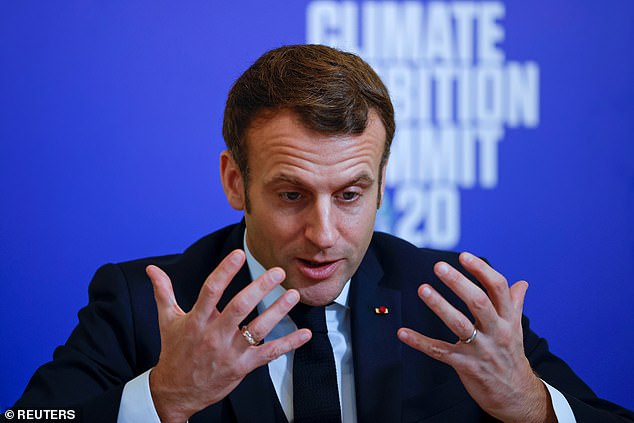 French President Emmanuel Macron speaks during the Climate Ambition Summit 2020 video conference meeting to mark the fifth anniversary of the Paris Agreement on climate change, at the Elysee Palace in Paris, France December 12, 2020

At the moment Britain’s high streets are plastered with posters telling them to ‘Get Ready For Brexit’. But with 20 days left, British business hasn’t the first clue what sort of Brexit it is supposed to be readying for.

Secondly, we are still in the middle of the Covid crisis. The vaccine has given us desperately needed hope. But it is also creating fresh uncertainty. Ministers such as Matt Hancock believe a staggered roll-down of the tier system could now begin much earlier than the publicised April deadline. But as ever, the scientists are pushing back against them, with some arguing for a maintenance of some restrictions for the entirety of 2021.

This is where the Prime Minister and his Government have to be focusing their attention. On ending the whack-a-mole chaos of lockdown, not perpetuating the whack-a-Michel chaos of endless Brexit negotiation.

And finally we need to understand that 2021 will bring the most significant reshaping of Britain’s place in the world for almost a century.

Despite Donald Trump’s increasingly frantic efforts, in January President Joe Biden will assume office. That will trigger a major global reset. And like it or not, Britain will be standing alone as a new world order is recast. We can only seize the opportunities and confront the threats that represents if we do so with confidence and clarity. We will look neither confident nor clear-headed if our Prime Minister – as he alluded to last week – is still scrabbling from Brussels to Berlin debating cod quotas and whether the EU office in Belfast should have a brass plaque.

For that Prime Minister there is also a political reckoning close at hand. Over the past week, Remainers have been taunting him with his Election pledge that a Brexit deal was ‘oven-ready’.

It was left to Foreign Office Minister James Cleverly to correctly point out this commitment related to the Withdrawal Agreement, not a trade deal, and had been delivered as promised. But by then the oven-ready lie had made it to Brussels and back.

The reality is that Boris never said a trade deal was oven-ready. But he did say something much more significant – he said that if he won last December’s Election, he would ‘get Brexit done’.

Millions of Britons – especially those in Labour ‘Red Wall’ seats – took him at his word. And as the frantic shuttle diplomacy of the past week has shown, one year on Brexit is still not done.

Over the past week, the battle lines have reformed. The hardcore Remainers have claimed that if people knew we were heading for a No Deal Brexit, they would never have voted to leave in the first place. The hardcore Brexiteers have countered that No Deal is precisely what they voted for, because it’s the only form of Brexit that really counts. And in doing so, both have revealed a fundamental misunderstanding of what Brexit has ever truly been about. 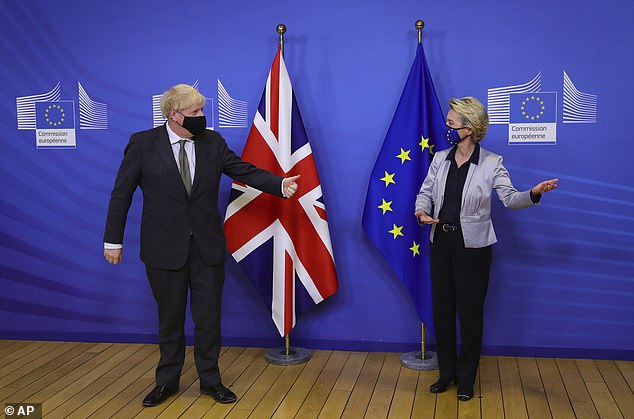 Brexit was not tariffs, or fishing quotas, or ratchet clauses. It was about the British people saying to a perceived ruling elite: ‘You are on your final warning. Listen to us, start doing what we tell you to do. Not what your public school, Islington chums tell you to do. Because if you don’t, then be clear, we’re finished with you lot for good.’

And what have they seen this past week? These people who have been incarcerated in their homes for the best part of a year, unable to have a pint, or go to a football match, or even give their own relatives a hug. They’ve seen Boris swanning off to Brussels for a cosy dinner with the glamorous Ursula von der Leyen, to horse-trade over pumpkin soup, scallops and exotic fruit sorbet. Haggling over things the British people thought they’d sorted with their vote over four years ago.

They’ve seen Ministers disappearing into smoke-filled rooms with obscure Hungarian negotiators to decide whether or not Northern Ireland really is still a part of the United Kingdom.

And they’ve been told their own Prime Minister – the Prime Minister who told them not to worry, if they returned him to office that everything would be quickly sorted – can’t even get the Chancellor of Germany and the President of France to take his phone call.

Enough. This has to end. Not in a few more days, or a few more weeks or – after booting everything into the long grass – a few more months.

Deal. No Deal. It doesn’t matter now. ‘Vote for us and you get Brexit done,’ Boris pledged last December. Britain did. So one way or another, Sunday, December 13, 2020 – this day – is his day to deliver.