Shepard asks "The Shame Machine" author Cathy O'Neil if his competition between two friends to see who could reach a set weight-loss goal first was shaming his audience — she says it was.

What qualifies as fat-shaming? At what point are you responsible for how your audience is responding to what you’re saying or doing? That’s what Dax Shepard was trying to get to the bottom of on the latest “Armchair Expert.”

The actor welcomed author Cathy O’Neil, who wrote the book “The Shame Machine,” about recent accusations he’d received that he was fat-shaming his audience with a weight-loss competition between two friends he built a series of shows around. 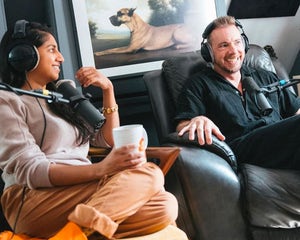 As detailed by Mediaite, Shepard was talking about a $10,000 prize he set down in a “Race to 270” between two friends. “It was this comedic 10 episode thing,” he told O’Neil, “And I got all these really angry comments from people going, ‘This is diet culture.’ ‘I have an eating disorder, you’re perpetuating,'” and just like all this rage and anger.”

When he asked O’Neil if they were right, or if she could at least see their side, the author said she could. “A lot of people don’t recognize fat-shaming, even when they’re doing it,” she told him. “But I do think you were fat-shaming the audience because you’re framing it as a choice.”

O’Neil explained that whatever you’re doing or saying is “inappropriate” if the person being shamed has “no voice or no choice.” This definition didn’t sit right with Shepard, because both of his participants were willingly involved, but O’Neil was talking about his listeners.

Shepard’s podcast reportedly reaches approximately 20 million listeners each week, per Forbes, which ranked it the fourth-highest earning podcast in 2020. 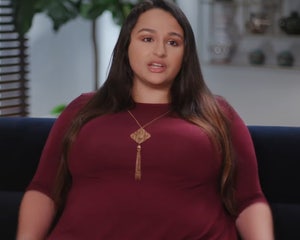 “Let me define choice. Everybody has a choice to go on a diet. You’re right,” O’Neil conceded, but she also said that statistically almost no diets are successful in the long term. O’Neil said that the shame comes from someone assuming something is easy to do, when it’s statistically not.

According to the Oxford Dictionary, “fat-shaming” is “the action or practice of humiliating someone judged to be fat or overweight by making mocking or critical comments about their size.” So the question is was Shepard doing this, albeit indirectly, by hosting this weight-loss competition

Again, Shepard wasn’t feeling it, comparing those people to himself as a self-described “raging addict, very openly raging addict” and noting that successful recovery from addiction is also extremely low.

“I’m not ever gonna say people can’t get sober. I’m not gonna ever say people shouldn’t try to get sober,” he told his guest. “It sounds to me like you’re saying you can’t lose weight. So when you imply you can, you’re gonna make someone feel bad.” 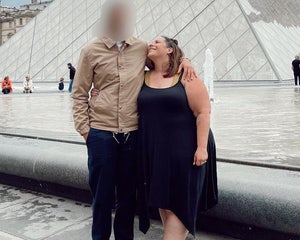 “I don’t believe you should call addicts morally repugnant, not having willpower, that shouldn’t be done. That’s shaming,” he argued. “But to acknowledge that people can get sober, I’m not seeing that that’s a problem from the thing I have.”

The way he sees it, if he were listening to a drinking show, he’d have to choose to feel that they’re shaming him over their love of drinking because he’s an addict. That’s a choice he’s making, and thus the fault is not on the hosts of that show.

Shepard again disagreed, saying he’s not making a show about those people. “If you have a show that’s called ‘Sober October,’ I’m not sitting at home going, ‘You’re saying I could just quit in January!'” he said. “They’re not talking about me. I have nothing to do with that.”

So at what point are you responsible for how people react to what you’re saying and doing? It’s a conversation playing out in real time with comedians after Will Smith slapped Chris Rock at the Oscars over a joke made at the expense of Smith’s wife Jada Pinkett Smith.

Just as Shephard and O’Neil were on opposite ends of their debate, the actual armchair experts at home weighed in just as passionately on the opposite ends of who was right in the incident between Rock and Smith.

The discussion has thus been extrapolated, with Howie Mandel suggesting that that — and the subsequent attack of Dave Chappelle on stage — might well spell the end of comedy, with Mandel admitting he’s worried about ever getting on a stage again and making jokes.

Have audiences grown more sensitive? Do they take things more personally, even if it has nothing to do with them? Obviously, the Rock joke was very specific to Smith. Even though he says he didn’t know she had alopecia, should Rock have to apologize to everyone else who suffers with the disease because they, too, might have been upset?

Is Shepard right that people getting upset over a weight-loss competition that has nothing to do with them would be the same as him getting upset over a show about drinking? Is it his problem (i.e., their problem), and not the show’s? As a society, we seem to be grappling with this very topic everywhere these days, with no clear answers just yet.

At least, in the case of Shepard and O’Neil, they were able to disagree and hold the conversation in a civil manner. No matter where you stand on the larger topic itself, we can hopefully agree that civility is the best way to approach finding whatever the answer may be.

You can check out the full (Spotify exclusive) episode below: