The NHS is groaning under the weight of the nation. The rates of obesity in this country are scandalously high — and rising rapidly. We are one of the fattest countries in Europe.

It’s been estimated that obesity costs this country around £50billion a year. Managing type 2 diabetes alone generates an annual bill to our health service of £10billion.

NHS data shows that in 2019/20 there were more than a million hospital admissions where obesity was a factor, an increase of 17 per cent on 2018/19. If we don’t do something about it soon, it’s going to cripple us. The NHS is already struggling to cope with demand after the pandemic, and the cost-of-living crisis is worsening.

I have been concerned about this for some time. I’ve seen more and more obese patients clogging up waiting rooms and yet, most worrying of all, there is a perverse expectation that no one — including doctors — should criticise those who are overweight. 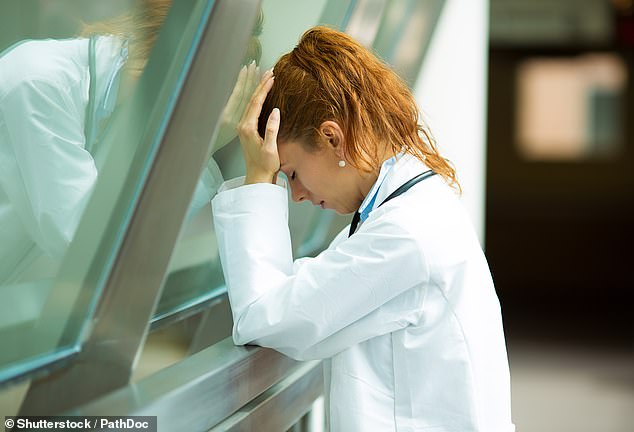 NHS data shows that in 2019/20 there were more than a million hospital admissions where obesity was a factor, an increase of 17 per cent on 2018/19.  Dr Max Pemberton says if we don’t do something about it soon, it’s going to cripple us

The height of lunacy was reached a few years ago, when the National Institute for Health and Care Excellence — the NHS regulatory body — suggested that doctors should not even refer to patients as ‘obese’ in case it offends them. Yet if we don’t do something about the tide of obesity heading towards us, it’s going to bring down the NHS.

There were stark warnings last week. Cancer Research published a report which estimated that, if the current trend continues, by 2040 the number of obese people in this country will outnumber those of a healthy weight.

Surely the fact that we keep looking solely to others to p­rovide the answer is actually part of the problem? Could this be any clearer in figures released last week, which show that last year councils blew £30 million on weight loss programmes which resulted in only 220 people actually losing weight? That is beyond a shameful waste of money.

It speaks to a wider problem, whereby we simply don’t see an issue with being obese any more so people have no motivation to address it.

Point the finger of blame, sit back and eat another biscuit.

The real issue here is that people don’t want to accept the fact that the only person who can do something about their weight is themselves. Yes, the Government and society can help and support this, but the buck stops with the person to actually make a change. 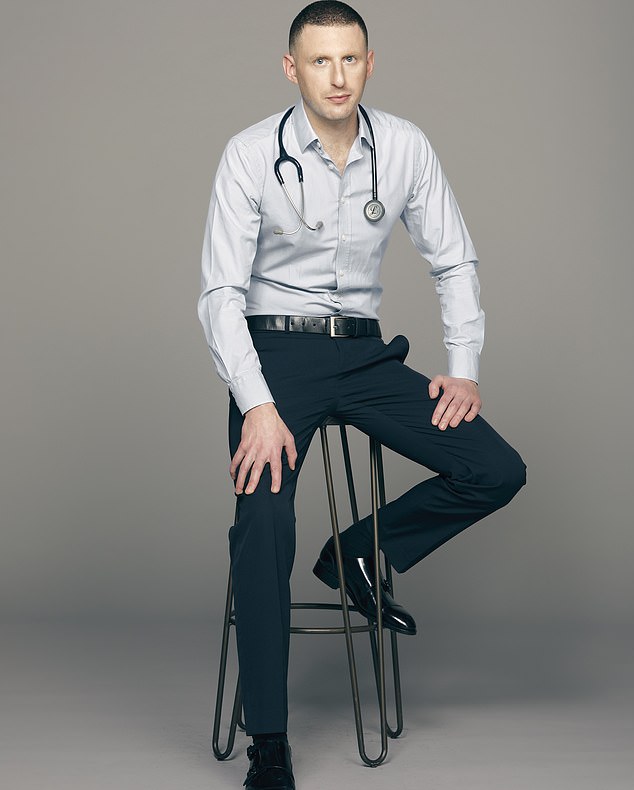 There’s no doubt obesity is a complex issue with multiple factors, including social and psychological aspects. We can tie ourselves in knots trying to work out how all these factors relate to one another, but the simple, brutal fact is that people are overweight because they eat more calories than their body needs.

It’s true, too, that diets don’t really work in the long term — obese people who lose weight often struggle to keep it off. This shows me that we need to take a different approach.

Firstly, we need to stop normalising being overweight. This doesn’t mean we should be cruel or heartless to those who struggle with their weight. But that we must stop kidding ourselves that they don’t have a problem.

Doctors must feel emboldened to talk about it. We need to stop, once and for all, this ‘fat and fit’ nonsense, which is simply unscientific wishful thinking. We should offer support to those who are losing weight, helping people to focus not only on reducing how much they are eating, but on taking a psychologically informed approach, which will help them change their relationship with food.

We should roll out a nationwide programme offering psychotherapy to help address why people might be using food as a crutch, for example, and to improve motivation.

As things stand, however, I suspect people simply wouldn’t bother to turn up. So we also have to force people to take more responsibility for their weight.

This kind of shift in mindset isn’t easy to accomplish. At the moment, some people don’t see why they should bother to address their weight issues, and I think this attitude is becoming more popular as obesity becomes more and more the norm. There’s no real incentive because they get the pleasure of food but without any immediate consequences.

There will be later on, of course — arthritis, increased risk of cancer, heart attacks and strokes, for example — but what we need is something more immediate to make people think twice before gleefully piling on the pounds.

We need something to act as a deterrent and, while it pains me to say this, we know from studies into behaviour change that people often respond best to financial penalties.

A fat tax — an additional levy to National Insurance, for example, for those who are obese — might be an incentive for them to finally address their bulge.

We have already flirted with this idea in the past, with debates around the sugar tax and a tax on junk food. But why penalise those who can show moderation? A fat tax would be fair, since the obese are disproportionately using up NHS resources.

I don’t want to see this country in a situation where the sick and needy cannot access the treatment they require because the health service has been brought to its knees by people who can’t be bothered to say no to food.

Perhaps when faced with having to fork out money, people might suddenly feel motivated to do something about their weight.

For once, I hope I’m proved wrong 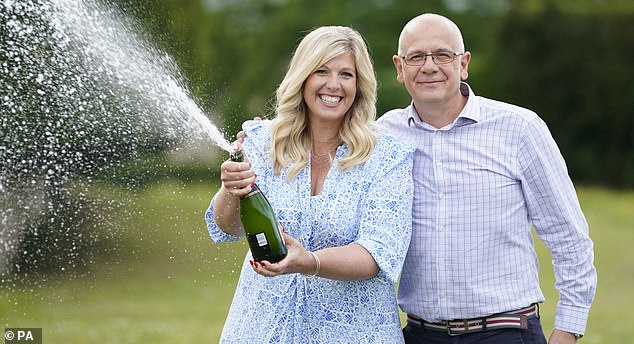 A number of you contacted me after last week’s column on why we shouldn’t want to win the EuroMillions lottery to say you’d be willing to give it a go anyway. Well, Joe and Jess Thwaite have now come forward as the winners of the £184million jackpot. The couple, from Gloucestershire, said they went public because they didn’t want to put the ‘burden’ of keeping it a secret on their friends and family, which does seem sensible. Though I hope they aren’t now overwhelmed by requests for financial help from all and sundry. They certainly seem to have their heads screwed on. I do hope they find a way to keep the life they had and enjoy the money they’ve won.

In coming out as gay, footballer Jake Daniels has probably done more for the mental health of young people than many of us doctors. I see a startling number in A&E who have tried to kill themselves because of their sexuality. Having role models can help them feel more at peace with themselves.

This is a more relaxed, accessible version of the popular weekly Run Talk Run groups. The aim is to exercise (typically covering 3km to 5km), meet new people, socialise and seek support for your mental health in a safe and compassionate environment. To find out more, or to join in, visit runtalkrun.com.