Carrie Ann Inaba traded in her gowns for a sleek white suit last night for ‘DWTS’ Queen themed episode. She spoke to HL about her look & thoughts on the performances.

As the competition heats up on Dancing With The Stars, so do judge Carrie Ann Inaba’s outfits! The beauty went all out for the Queen themed episode in a sleek white suit, which she had been wanting to wear all season! “I have worn almost every shape of a ball gown or an evening gown in all the episodes for the past three seasons and I really wanted to do something different, so I have been pushing Rhonda (my stylist) and we finally found the right suit by Alexander McQueen,” Carrie Ann told HollywoodLife.com in an EXCLUSIVE interview. “It had the kind of shoulders I wanted, the right lapel and I was just excited for this look adding the chains as a throwback to my time on Madonna’s Girlie Show where I wore chains in a similar way.” Safe to say, Freddie Mercury would have been very proud! 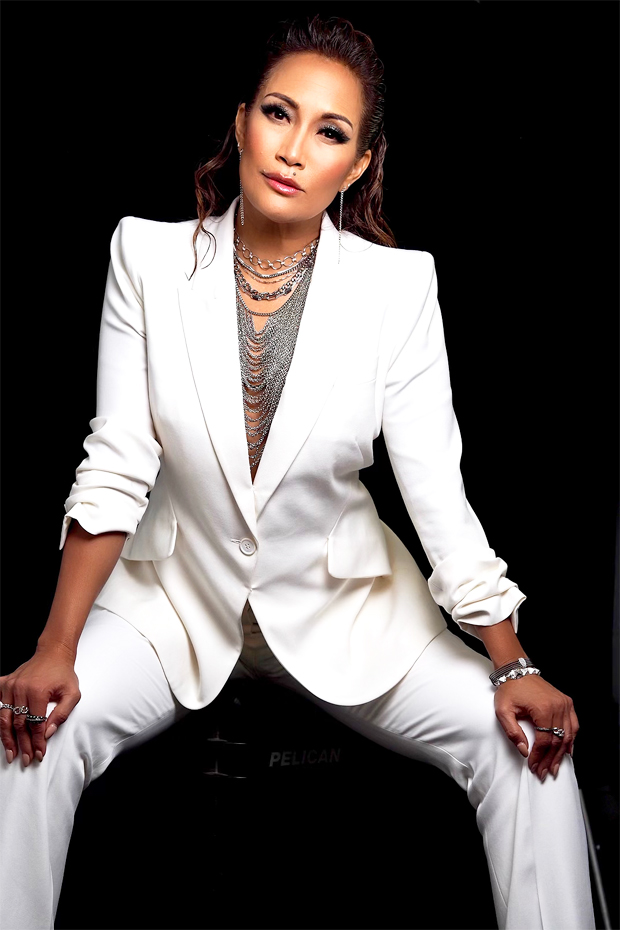 Carrie Ann’s hair was also a standout, as she slicked it all back for a down, wet look. “It’s look I don’t always feel comfortable doing, but glad to try something different,” she explained. “We created this look by dampening  not the hair with water and then worked though Thickening Full Form Soft Mousse by Bumble and Bumble from roots to ends then the base was slicked down with Bb Gel,” her hairstylist Glenn Nutley explained. “That was combed though with a wide tooth comb and the top was shaped with fingers to create indentations, which we pinned with pin curl clips and the sides were slicked back and pinned down with cards to set! The style was left for a couple of hours to set naturally and finished off with Bumble and Bumble Bb Does It All!”

'Dancing With The Stars' Season 30: Photos Of Tyra Banks & More 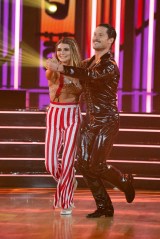 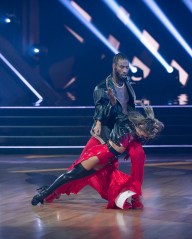 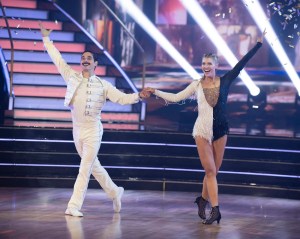 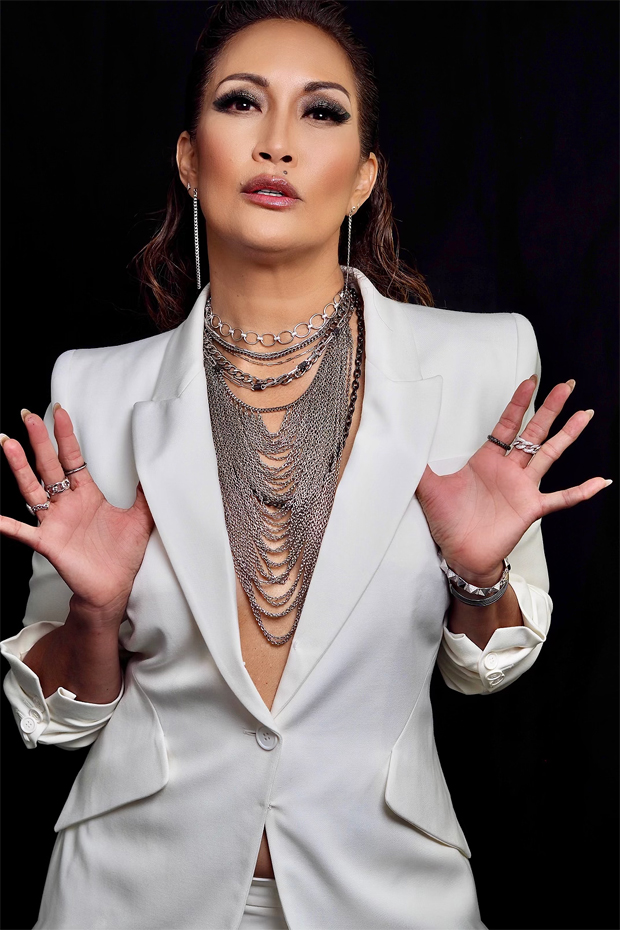 “I’m just so grateful to my team because they really always bring it and they make it fun. We work as a team discussing the idea of what I’m trying to go for and then as a team we develop the idea each of us adding to the concept,” Carrie Ann said of bringing her fierce looks together week after week. “That is one of my favorite processes – the process of collaboration. When you get to collaborate with people that are good at what they do it’s the best process and it’s why I love this business so much.”

When it came to the performances for Queen night, the longtime judge admitted this season was “blowing her mind.” “The night was incredible just when you think it can’t get any better after last week’s horror night, I was so thoroughly impressed with the level of competition that the contestants brought this week. It’s a level we haven’t seen before,” she told HL. “Mike, The Miz went home which was a bit of a blow to the heart because I do feel that his energy, charisma, and dedication has been contagious from day one and I think the way he attacked the show brought the level of everybody else’s dances up quite a few notches.” 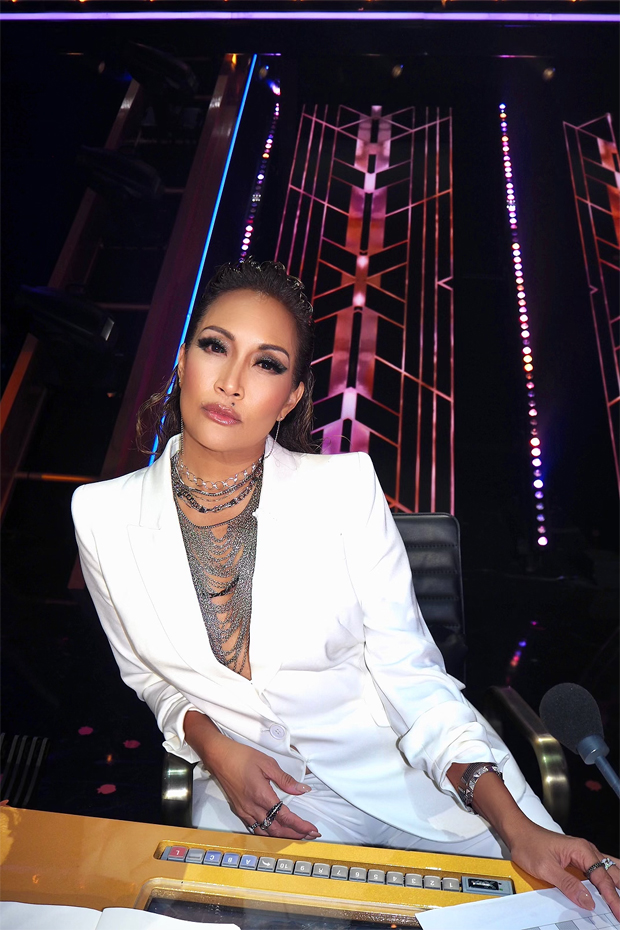 Carrie Ann also shared her shock at JoJo Siwa‘s place in the bottom two. “It was quite a shocker, but we’ve had shockers like this in the past where sometimes a fantastic dancer is in the bottom two,” she said. “I always think back to Sabrina Bryan who was suddenly eliminated after impressing the judge’s week after week.”

Be sure to tune in next Monday at 8 PM for Dancing With Stars as the contestants perform to Janet Jackson!