Twitter users are going wild for an £8 bra from ASOS after it was recommended in a number of threads discussing the best lingerie for fuller busts.

ASOS has seen the ASOS DESIGN Curve recycled microfibre triangle bra sell out in all sizes except 42D, since social media started singing its praises.

While women with larger breasts sometimes find non-wired styles don’t provide enough support, the ASOS bra has been hailed as ‘too amazing for words’. 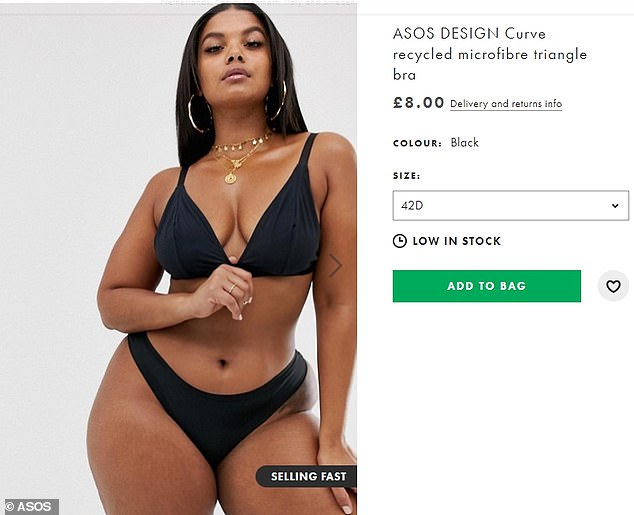 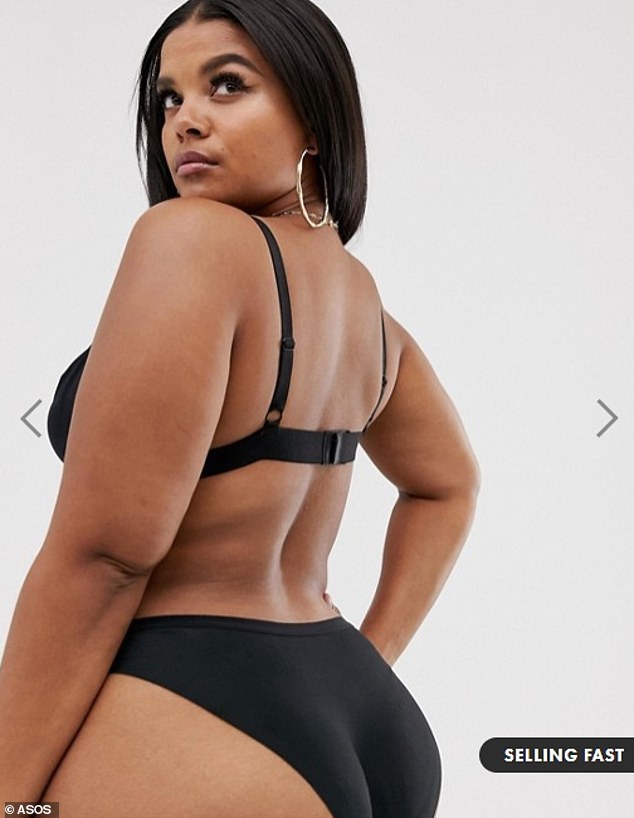 The £8 bra has sold out in all sizes except 42 D, as shoppers praise it’s ability to provide comfort and support without underwire or padding

Gushing about the comfort of the budget bra, Twitter users have said that they will now only buy underwear from ASOS.

One person wrote: ‘So I bought this bra from ASOS, not only is it recycled, but it also has no underwire or padding, which I would never usually consider buying. But it’s so, so comfy I can’t even, and it holds the big t***’

Another said: ‘Yup it’s too amazing for words! I wear mine all the time and I even got a second one.’

A third added: ‘I have recently discovered ASOS non-wired bras and I would like to declare my undying love for them’

The budget bra is also available in white or as part of a pack of three including a nude colour.

Made from recycled material, the triangle bra features adjustable straps, hook-and-eye closure and doesn’t include padding.

The lightweight bra ranges in size 40C to 44HH and is advertised as made from a fabric that stretches. 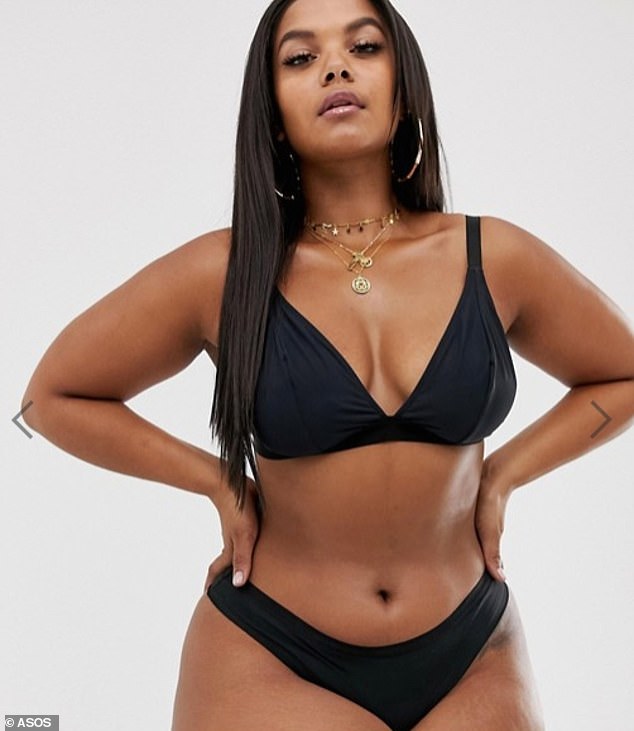 The bra made from recycled material comes in size 40C to 44HH, features adjustable straps along with Hook-and-eye closure