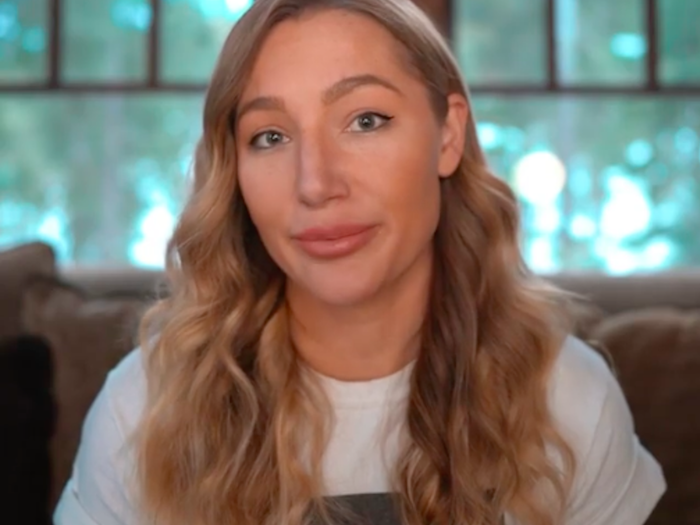 Fashion company JLM Couture is facing backlash from Hayley Paige fans on social media after sharing a statement addressing its ongoing legal battle with the wedding-dress designer on Wednesday.

JLM, which owns Hayley Paige brands, sued the designer — whose full name is Hayley Paige Gutman — over her personal use of social-media accounts affiliated with her brands, including the Instagram account @misshayleypaige. The December 15 complaint, viewed by Insider, alleges that Gutman began operating the account, which has 1.1 million followers, "as her own business platform as if she were an influencer" this summer.

On Monday, Gutman shared a video on a secondary account, @allthatglittersonthegram, announcing her resignation from JLM. In the video, Gutman claimed she had been locked out of her main social-media accounts and barred from using her own name amid legal proceedings with the company.

According to the complaint, when she signed an employment agreement in 2011, Gutman granted JLM "the exclusive world-wide right and license to use her name 'Hayley', 'Paige', 'Hayley Paige Gutman', 'Hayley Gutman', 'Hayley Paige', or any derivative thereof […] in connection with the design, manufacture, marketing and/or sale of bridal clothing, bridal accessories, and related bridal and wedding items."

Gutman said in her video that the legal battle to negotiate a new contract has been going on for a year and a half, and that, when she signed the agreement in 2011, she did not have a lawyer review the document — a claim that has been refuted by a JLM spokesperson. Speaking to Insider, a JLM representative said "Hayley had a lawyer and the lawyer helped negotiate the contract. She had legal counsel for each and every contract she negotiated."

In a separate statement previously sent to Insider, a JLM representative said Gutman is not banned "from accessing the brand's social media accounts."

JLM doubled down on these points in its latest statement shared publicly on Instagram.

JLM's statement about its legal battle with designer Hayley Paige Gutman hasn't been received well by her fans, and there was a mix-up when the company posted it to Instagram

According to Page Six, JLM shared a statement to @misshayleypaige, the main Instagram account affiliated with Hayley Paige brands, on Wednesday. Page Six reports that the statement was quickly deleted and reposted on JLM's corporate Instagram account.

"Like many things that glitter and shine, the issues between JLM Couture and Hayley Paige Gutman are multifaceted," the statement says.

"While we were shocked and heartbroken to see Hayley's video, we feel that the correct negotiations she referred to are a private matter between those parties – in this case between Hayley and Joe," the statement continued, referring to JLM's CEO Joe Murphy. "But in light of some of Hayley's comments in the video, we feel compelled to address a few points."

"First, it is documented that Hayley had a lawyer help her review her employment contracts. She consulted with her lawyer prior to signing the contracts," the statement reads. "There were multiple rounds of negotiations between Hayley and JLM until both parties settled on an agreement each felt was fair and mutually beneficial."

"Second, Hayley has access to the social media accounts and JLM encourages and would welcome Hayley to continue contributing content that is supportive of the Hayley Paige brands," it says.

The statement adds: "Third, we respectfully ask that you allow Hayley, Joe and their attorneys to discuss the details of negotiations privately."

Fans of Gutman have left a stream of negative comments under JLM's post.

"Hayley's name is HER birth right, not JLMs #canceljlmcouture," another added.

"I'm in business, so I understand contract negotiations and when things go wrong. But to not allow her to use or keep personal things like her name is just wrong," someone else wrote.

A representative for JLM told Insider it didn't delete the initial post on @misshayleypaige because of any negative comments, and that the Instagram mix-up was down to "human error."

"The statement was posted to @misshayleypaige, the JLM Couture-owned Instagram account for its Hayley Paige wedding gown collection," they said. "It was posted there for a few minutes before the mistake was noticed."

"When it was quickly discovered to be posted to the wrong account, JLM deleted it and instantly reposted it to the corporate site," the representative added. "While it was posted on the brand's account, zero replies were received by the company."

"It is with a heavy heart that I have resigned from my role as head designer of my labels with JLM Couture," Gutman wrote in the caption of her Instagram video, which has been viewed over 2.3 million times since it was posted Monday. "Going forward, I will no longer be associated with any of their products, including the designs and dresses which bear my name."

In the video, Gutman said JLM convinced a court to temporarily prevent her from using her name publicly and in a business context.

"I feel violated and angry," Gutman said. "I think that demanding I turn over an account full of my personal photos and messages was deliberately intended to pressure me."

The complaint said issues started when Gutman created a TikTok account with the account name "misshayleypaige" in November 2019 and "and subsequently posted videos that did not properly represent the HP [Hayley Paige] brands."

Gutman also changed the Instagram account bio to say it was a "Personal & Creative account" and "removed reference to JLM" sometime in late 2019 or early 2020, according to the lawsuit.

In July, the complaint says Gutman started sharing personal posts as well as posts touting "the goods of third parties, such as olive oil, beer and nutritional supplements, none of which were approved by JLM."

According to the complaint, Gutman had "been paid for these endorsements, and therefore has profited off the substantial investment made by JLM at JLM's expense." (The complaint says JLM spent millions of dollars on advertising that has helped its social-media accounts grow their follower count and engagement.)

Although the complaint says Gutman later restored links to JLM on the Instagram account following a meeting with Murphy in October, she later "removed these links and many hundreds of bridal related posts in a further act of exercising dominion and control over JLM's property" after a November 2 call with Murphy; during this call, the complaint says Murphy told Gutman the account belonged to JLM.

Gutman has also refused to give JLM access to the Pinterest and TikTok accounts under the misshayleypaige name, according to the complaint.

JLM Couture previously told Page Six it had been the sole financial backer of Hayley Paige for nearly a decade and had helped "grow it into a successful wedding gown line."

The statement continued: "While negotiating a new employment contract, the two sides disagreed over how much freedom Hayley would have to promote her non-related side businesses on the company site. After Hayley stopped posting JLM content and deprived the company access to the account, we brought the matter before the court. After carefully listening to both sides, a judge granted us the Temporary Restraining Order (TRO). We respect the judge's decision that JLM should have temporary control over the company site and feel the process was fair and equitable."

Gutman told Insider she's undecided on her next steps

"It's unfortunate that JLM continues to make statements that are inaccurate and hurtful," Gutman told People in an exclusive statement. "JLM's statement that they 'encourage' me to post on the @misshayleypaige Instagram account is contradicted by the restraining order that JLM wrote and the Court ordered."

"That restraining order – which is public record – prohibits me from using my own personal Instagram account, including prohibiting me from making any posts, without the JLM CEO's written permission," Gutman continued.

"I have made my position clear that my personal social media accounts should not be taken away and exploited by a corporate entity. I am grateful to my friends, fans, and followers for sticking with me through this ordeal, and I remain hopeful that JLM will do the right thing and return my social media accounts to me," she said.

Speaking to Insider for a previous article, Gutman said she's unsure of her next move, but feels "overwhelmed with gratitude" following the response to her video.

"I'm going to build a better castle," Gutman told us. "I know I want to continue to serve brides, and I will find a way to do that."

She later added: "I was just horrified that JLM was using my account to post their commercial content in my name, and not tell anyone what they were doing. Now, though, I feel surrounded by support. I feel like I have made a lot of new friends, and if I could stand in front of each of them, I would tell them how much I love and appreciate them."