The 10 biggest bombshells from the ‘KUWTK’ reunion

All the details on the Kardashians’ ‘KUWTK’ reunion fashion

Amid her red-hot romance with rocker Travis Barker, Kourtney Kardashian showed off a sparkly addition to her smile on Thursday, sharing a series of Instagram selfies that spotlighted the new diamond-encrusted crowns on her canines.

The 42-year-old Poosh founder, who wore nothing else besides a vintage Dior bra fashioned from green silk and black lace, fittingly captioned her post with a vampire emoji.

Kardashian’s been sporting some noticeably edgier styles since she began dating the Blink-182 drummer in January — even if she’s loath to admit his influence on her looks.

We’re pretty sure Barker, 45, approves of his lady love’s gleaming teeth; in April, he posted photos of himself rolling in the grass with his French bulldog, captioned, “Dogs never bite me. Just humans.” 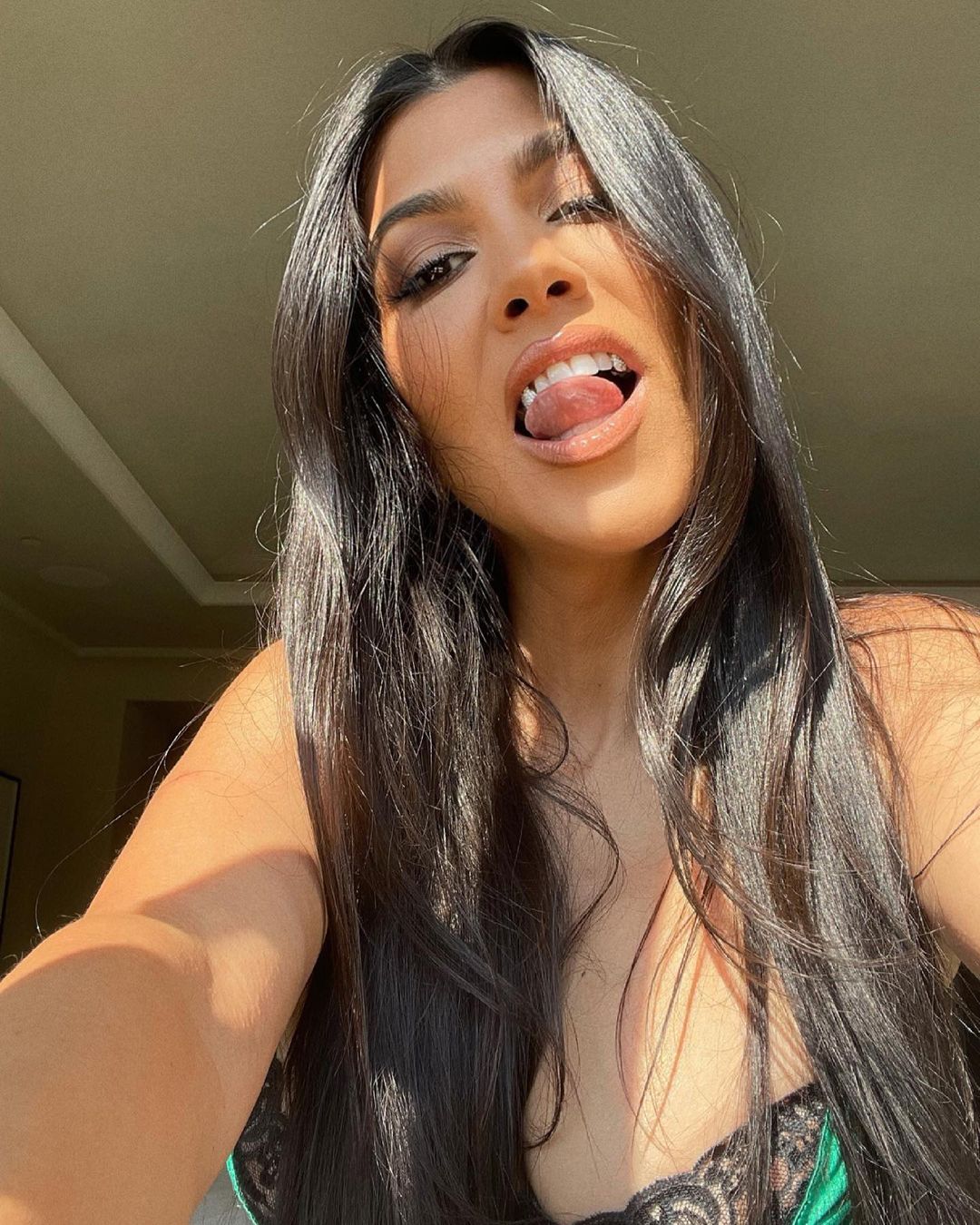 Kardashian promptly dropped a vampire emoji in the comments, to which Barker replied with one depicting a drop of blood.

The rock star’s daughter, Alabama Luella Barker, seems to like Kardashian’s blinged-out bite as well, having commented on her latest post with a heart-eyed emoji.

The mouth metal isn’t the only bloody bond the PDA-happy pair share; last month, Kardashian tattooed “I love you” on her man’s arm, and Barker’s also got his girlfriend’s name inked over his heart. And, earlier this month, Kardashian reposted a photo Barker snapped of a vial of his own blood.