The Morrison government’s overhaul of university funding is one of the key reasons Australia’s inflation rate is so high, the Australian Bureau of Statistics says, as tens of thousands of first-year students who have enrolled in popular courses such as commerce, law and the arts incur a steep rise in fees. 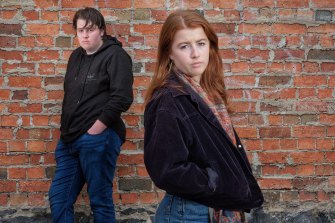 The reforms were introduced early last year, but students who had already enrolled in an affected course were spared a fee rise.

“When the new fee structure was introduced last year, fees for existing students were ‘grandfathered’ so that existing students paid either the same or lower fees, depending on the course they were doing,” a spokesperson for the bureau said.

“As students graduate, proportionately fewer are covered by the grandfathering arrangements, meaning that fees have increased on average.”

The most significant contributors to the rise in the March quarter consumer price index were new dwellings (up 5.7 per cent), automotive fuel (up 11.0 per cent) and tertiary education (up 6.3 per cent), the bureau said.

Under the Coalition’s university funding changes, fields of study have been split into four bands, with some rising in cost and others, deemed areas of demand for the national economy, reduced in cost.

Law, accounting, administration, economics, commerce, communications, society and culture attract the highest annual fees of $14,630 per year, while courses deemed in demand, including agriculture, English, mathematics, education, clinical psychology and nursing, are on the lowest band with annual fees of $3985.

It is unclear if the fee reforms have had the desired effect of encouraging students to enrol in lower-cost courses as enrolment figures for 2021 and 2022 have not been published.

But the most recent national applications figures, from October last year, revealed a significant dip in applications in some fields of study that have had their fees increased.

Society and culture remained the second most popular field of study, behind health with 23.9 per cent of applications, but management and commerce took an 8.1 per cent hit in applications. Creative arts applications also fell by 6.1 per cent.

Hurley said the impact of Job-ready Graduates, first introduced as policy in 2020, was becoming clearer.

“Students in courses such as humanities, business and law had their student fees increased the most, even if they can defer paying them until later because of HECS,” he said.

“There are lots of students in these study areas; management and commerce and society and culture are the two largest areas of study,” he said

Siblings Georgie and Will Beatty are both studying in fields that have been put in the highest fee band, although Will is paying more than twice as much as his older sister for his degree.

Georgie, 21, is in the third year of an arts degree at La Trobe University and her fees have been grandfathered at $6804 a year. Will, a first-year commerce student at Australian Catholic University, is paying $14,500, the maximum annual contribution under the new structure.

Will, 19, said he enrolled in commerce despite knowing that fees were set to rise because it would help get into his desired career in finance. He’s still concerned about the debt he is incurring. 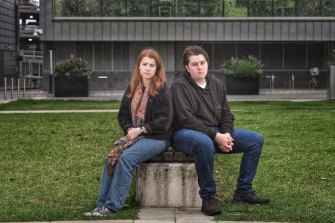 Georgie Beatty and her brother Will Beatty at Australian Catholic University.Credit:Luis Enrique Ascui

“It’s very frustrating. Just with Scott Morrison’s new thing of jacking up the prices, it’s making things difficult,” he said. “Just with housing prices rising in the future, with inflation, HECS is just extra debt that I am going to have to pay.”

Georgie, who is also current president of the National Union of Students, said university fees were still an important issue for many students, even those who deferred them.

“Students who manage to get into university and have to pay these fees, it is going to take them so much longer to pay off these fees if they don’t come from a privileged background where their parents can pay them.”

“Under our Job-ready Graduate reforms, which commenced in 2021, university students who study in areas of expected employment growth are paying less for their degree as the government incentivises students to make more job-relevant decisions about their education,” the spokesperson said.