Former pilot calls out feral passengers and reveals the WORST things he’s seen on board – including seat wars, smelly feet and stealing 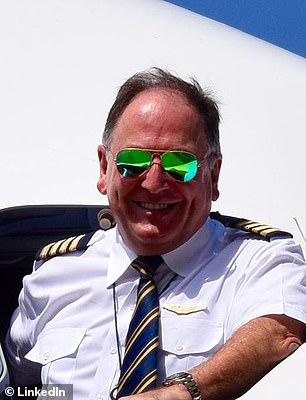 A former pilot has revealed the worst things he’s seen on board – including fights, seat wars, smelly feet, stealing and passengers fighting.

James Nixon said he has ‘seen just about everything’ at 35,000 feet in the air after working as a commercial pilot for more than 30 years.

The retired A380 captain shared details of how he’s witnessed fights among passengers, including strangers, married couples and friends.

Mr Nixon said he noticed a growing number of travellers behaving badly on board have ‘evolved’ over the years – and it’s just ‘getting worse’.

‘In the old days, people used to dress up to fly. And now it’s so cheap that people just use it as a bus or a train,’ he said. 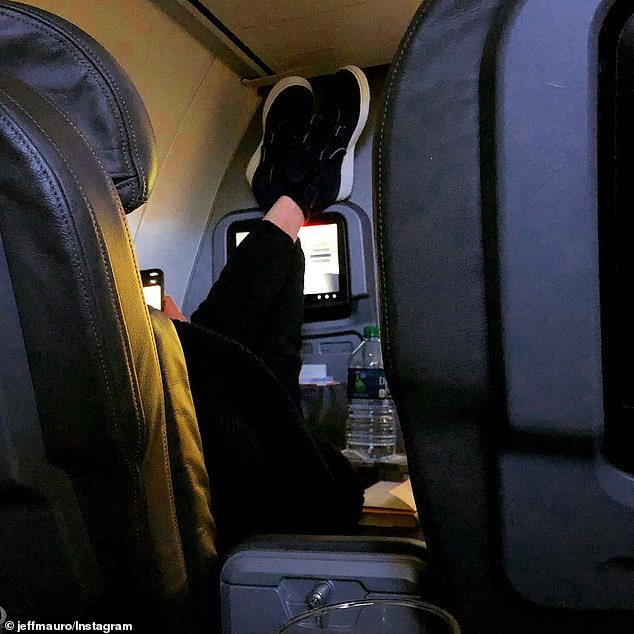 Mr Nixon said some of the worst things he’s seen on board was brazen passengers stealing from sleeping travellers mid-flight – and even sexual harassment.

‘There was a regular flight from Singapore to Hong Kong, and there were gangs going through people’s bags when they were sleeping and stealing stuff from their bags,’ he said.

‘Also, people who have accused other people of sexual harassment of touching their kids and stuff like that, it can very quickly escalate to the point where you need to have the police meet the aircraft so the person can be taken off the aircraft.’

Mr Nixon said flight attendants usually resolve the problem first but if things go beyond their control, he would have to deal with the passengers directly.

‘We delegate our authority to the cabin crew so they’re doing everything in our name but then again I would hand over to the first officer and I’d deal directly with the passenger complaint,’ he said.

‘Every time there’s a drama in the cabin, the cabin crew come to tell us everything about it and ask for permission, for example, if they have to lock someone up and arrest somebody, they have to do that with our permission.

‘We know everything that’s going on. In a big plane like the A380, we have cameras so we can see what’s going on in the cabin.’

Mr Nixon said another annoying habit was passengers smoking on board.

‘Sometimes flying over from Dubai to India, I would get on the PA and say “if anyone smokes on my flight, we’ll be diverting to Pakistan”,’ he said, laughing.

‘And I’ve got to tell you, a plane full of Indian passengers don’t want to go to jail in Pakistan.’ 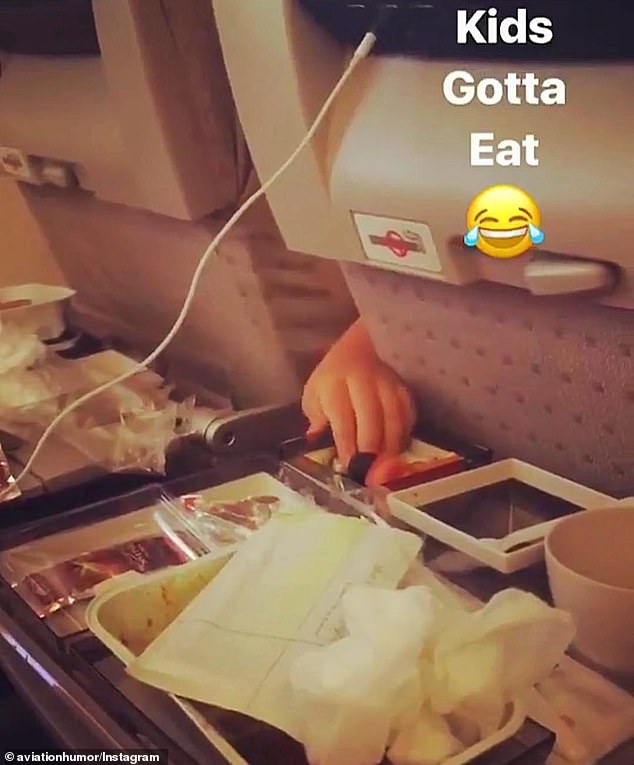 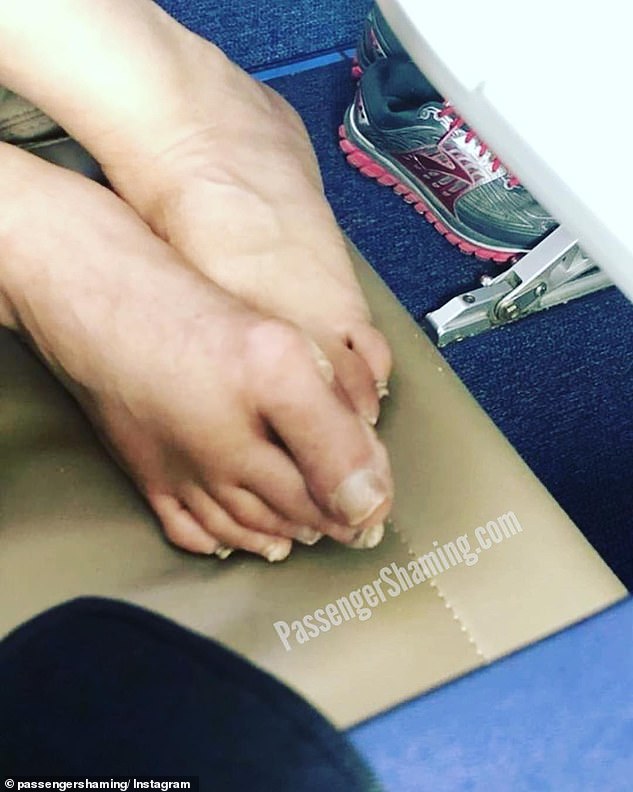 More manky feet! One passenger decided to take their shoes off to reveal overgrown toenails 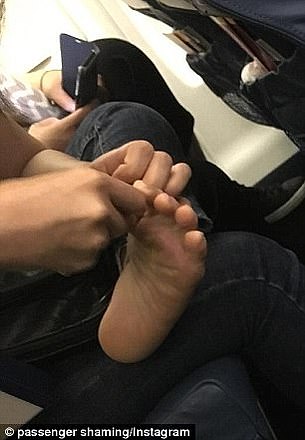 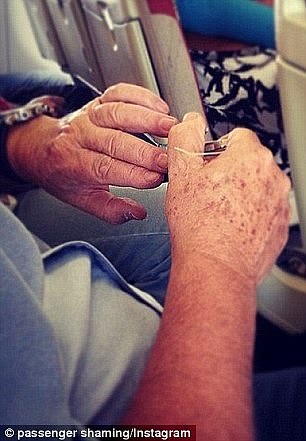 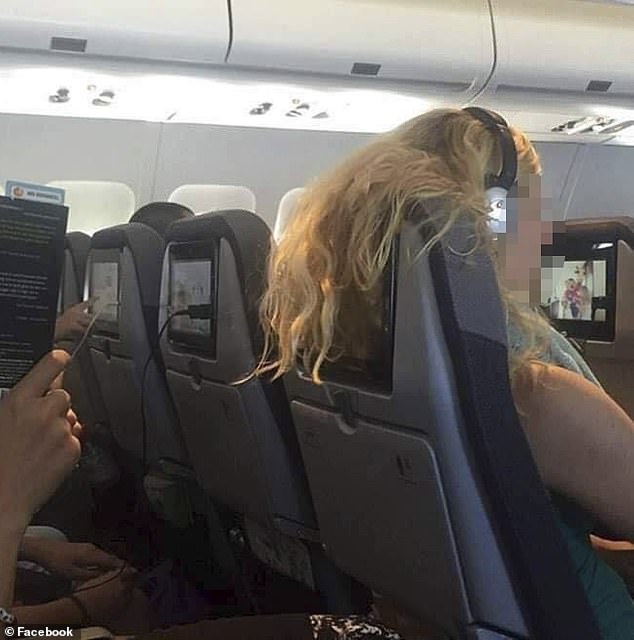 An airline traveller was shamed a fellow passenger for ‘rudely’ hanging her blonde hair over the back of her seat, blocking the entire screen

Earlier this year, former flight attendant Shawn Kathleen revealed how she started her Instagram account Passenger Shaming more than 10 years ago after she was fed up with feral travellers.

‘I just felt like I needed to rant about the crazy stuff that was happening on board,’ she explained.

‘People think that they spend an X amount of money on a flight so that entitles them to treat the aircraft as they wish.

‘Unfortunately, the aircraft is not your living room and you’re on public transportation you’re not on a private jet. So keep the personal grooming personal.’

Her Instagram account, which now has more than one million followers, shows women ‘rudely’ hanging their hair over the back seat of planes, dirty feet and passengers clipping their fingernails. How ‘Sophocles in Staten Island’ Gains in Translation