Getting Closer! Tarek and Heather Obtain Marriage License Before Wedding 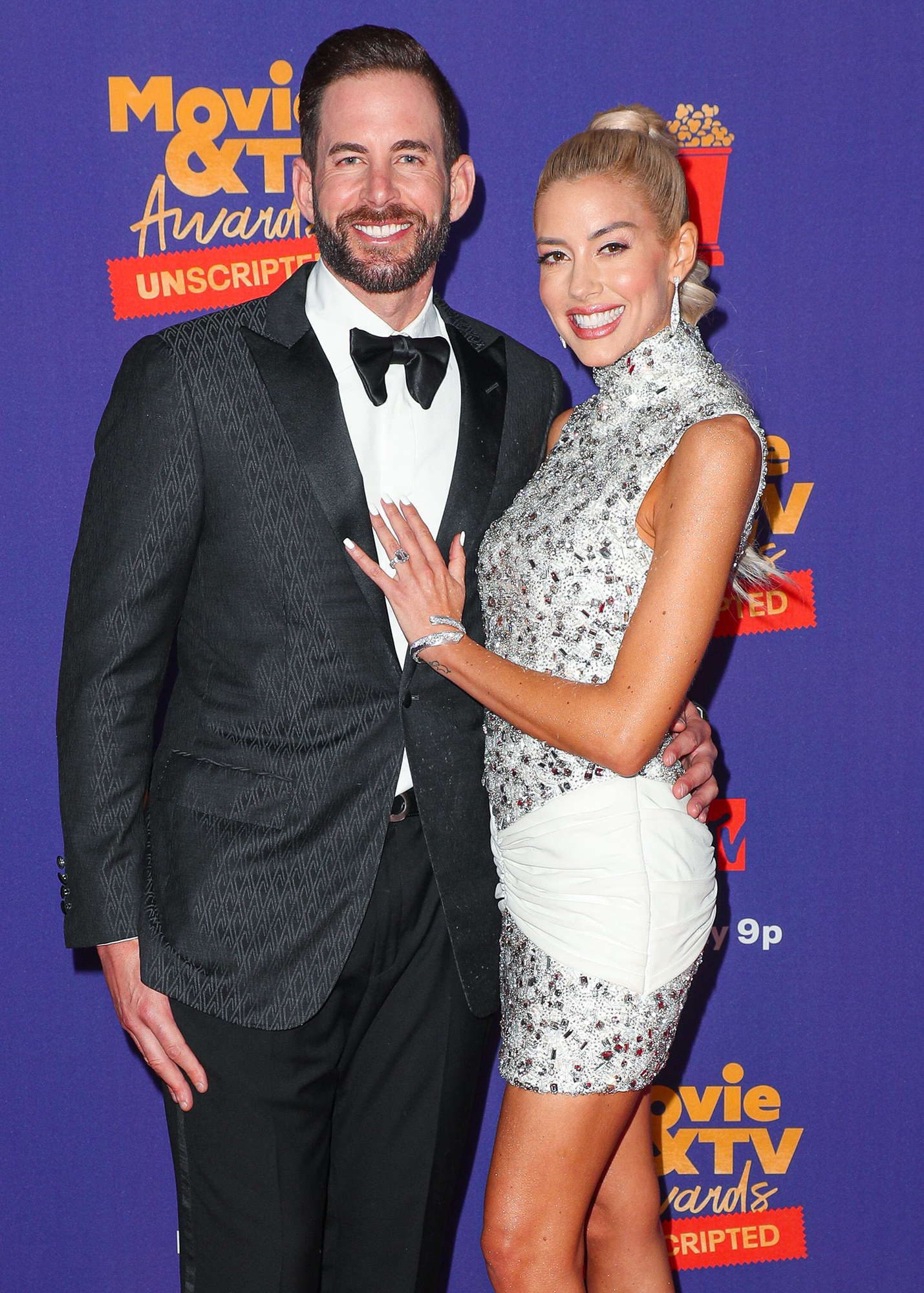 Almost there! Tarek El Moussa and his fiancée, Heather Rae Young, obtained their marriage license before officially tying the knot later this month.

“One step closer to becoming Mrs. El Moussa !!! 💍🤍👰🏼‍♀️🤵🏻,” the 34-year-old TV personality wrote via Instagram on Thursday, October 14. “Got our marriage license today and it made us both emotional 🥺 now let’s get married already boy @therealtarekelmoussa !!! #flippingherlastname ❤️.”

The Selling Sunset star shared a video of herself kissing El Moussa, 40, as he held up the official documents outside the courthouse.

The couple also shared a few behind-the-scenes moments via their respective Instagram Stories as they approached the legal building on Thursday, joking about their different levels of excitement.

“We’re going to the courthouse to get what, honey?” the Flip or Flop star asked his bride-to-be, who replied in the clip, “Married, no I’m kidding. We’re getting a marriage license.”

The HGTV star joked, “We are walking the plank right now. I’m a little nervous.” He quickly clarified that he’s “not nervous” and was “just kidding” before adding, “I’m so excited, I can’t wait for this honeymoon!”

Young playfully called El Moussa out for his remark, saying, “I can’t wait to marry you. I love that he’s focused on the honeymoon!”

Earlier that day, the real estate agent teased her wedding hairstyle and makeup look while doing a practice run at home. “It’s going to be a surprise, but I’m doing something pretty,” she said in an Instagram Story video.

El Moussa and Young began dating in July 2019 and announced their engagement one year later. Last month, the duo celebrated their upcoming nuptials with a joint bachelorette and bachelor party in Palm Desert, California.

“I’m so excited. We’re doing all of our fun activities right now,” Young exclusively told Us Weekly of the pair’s plans in September. “We thought, like, Vegas would have been really chaotic and traveling somewhere would have been super chaotic. So, we thought being more local [in the Palm Springs area was best].”

The festive weekend included an ‘80s-themed pool party and a group dinner along with a more mellow day.

“Sunday [is], like, cabanas pool party and massages, things like that,” the Anaheim, California, native explained. “I’m on, like, a countdown right now and every day I’m counting down [for the wedding]. It’s happening soon.”

El Moussa, who shares daughter Taylor, 11, and son Brayden, 6, with ex-wife Christina Haack, later revealed what it’ll be like to see Young walk down the aisle.

“I’m just going to feel like my life is changing. I honestly, I can’t wait for the moment to say, ‘I do,’ because I know the second [that] I say that the calm is going to come over me,” he told Us exclusively in September. “I’m going to be married and I’m going to focus on the rest of my life with my beautiful bride and my kids.”

El Moussa and Haack, 38, split in 2016 after seven years of marriage, finalizing their divorce in 2018. The Christina on the Coast star announced her engagement to Joshua Hall on September 20 following her 2020 split from ex-husband Ant Anstead.