For most Australians – who have never set foot inside Canberra’s Parliament House let alone spent long sitting weeks working there – the behavioural norms on display in this workplace must seem stunning.

More importantly, why does this bad behaviour so often manifest in disrespect and mistreatment of women? And how has this culture been allowed to fester, barely below the surface, for so long? 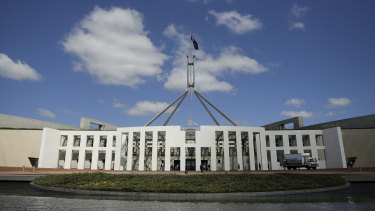 When bad behaviour does occur, it’s usually up to the MP or chief of staff to respond. There is no central human resources department in Parliament House. In some ways it is more a collection of hundreds of offices, each with their own leader, operating under one roof.Credit:Alex Ellinghausen

To report this story, The Sun-Herald and The Sunday Age spoke to nearly a dozen former political staffers who worked in Parliament House over the past 10 years. All of them had complaints about the workplace culture and the structure of political life; though many said they themselves had a positive experience.

Very few were prepared to be identified, even those who have been out of politics for years or even moved overseas. Most still work in political circles, commonly government or public relations, and feared reprisal if they used their names. Many were open to returning to front-line politics.

This culture of secrecy, and protecting yourself and your party, was mentioned by every person interviewed as being one of the key contributors to the ongoing bad behaviour in Parliament.

“You don’t want to rock the boat, especially if you’re young,” says a former Liberal staffer from the current government who says he was inappropriately touched at a work function involving alcohol. He says he told the person to stop; they didn’t.

“Certain people have reputations,” he adds. “You stay away from them when they drink, and that’s widely known but nothing is done about it. This is nothing new, this is going back years.”

Jacob White worked as a Labor staffer for eight years until 2020. He says he worked for wonderful MPs, but it’s inevitably a job in which “you spend a lot of time getting yelled at by people who are angry at things you can’t control”.

White says he witnessed situations and conversations which he thought were “normal”, but has come to realise they were not. “For a group of staffers and MPs, going to Canberra is treated like going to school camp. All bets are off, you’re away from home, away from family, and behaviour quickly sinks to the gutter,” he says.

“This is a totally artificial environment and the toxic culture that has been laid bare this month thrives in it.” 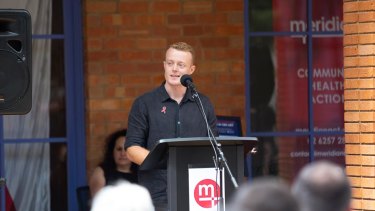 A former Coalition staffer in the Turnbull and Morrison governments says she saw and experienced bullying and humiliation in Parliament, including a female colleague who was “horrifically bullied by a man quite publicly in the office” to the point of tears. “When she cried they’d say, ‘You’re too sensitive’. She was a massive sweetheart.”

The same staffer says she herself was consistently undermined by a junior colleague who adopted her more senior job title and even made corresponding business cards. “There was this sense of entitlement … they were all mates in this circle [and] they were all referring to themselves with these titles that didn’t exist,” she says.

The relative youth of the political workforce would surprise some readers. Especially for junior MPs and assistant ministers, staff tend to be plucked from branches, the parties’ youth wings, university campuses and family connections.

As one former Liberal staffer says: “They’re made up of hacks, stacks and freaks. There are very few normal people in the lower level of party branches. People who are normal have families and have to take kids to soccer and have real jobs.”

The people interviewed for this story estimated at least 50 per cent of political staff in the building were under 30 years of age; even higher among backbenchers and the outer ministry. Most are also men. They arrive in the corridors of power with big pay cheques and an elevated sense of worth.

The base salary for a government adviser runs from $96,000 to $141,000, depending on their grade. Senior government media advisers earn $150,000 to $190,000. That is before you add the “personal staff allowance” of $30,000 to $33,000, which partly covers the “reasonable additional hours” staff are expected to work, and myriad other payments including the well-known travel allowance.

It is worth noting political staffers – especially those who work for ministers – put in extremely long hours when Parliament is sitting, for which there is no structured overtime. Whether it is waking at 5am to read press clippings or accompanying their boss to an after-hours function, the work can be intense and constant.

“The structure of the place lends itself to competition and back-stabbing,” says one former Liberal staffer who left around the end of the Turnbull government. “There is a sense that over time you forget about what the proper standard of conduct is. You find yourself making excuses for people’s behaviour in a way that you probably wouldn’t in other places.

“Even the outer ministry, the staffers there will try to undermine and improve the position of their minister versus yours. There is a transactional component to those relationships that sometimes creates the space for bad behaviour to creep in.”

Work also bleeds into play. Every night there are functions in Parliament House put on by MPs, lobbyists and interest groups; they are always well catered with canapes and drinks. Outside the building, there are plenty of similar events or private dinners at the restaurants of Kingston and Manuka.

“Three nights a week at least you’re being taken out by senior stakeholders,” recalls one senior Liberal staffer from the Turnbull era. “You’re eating in great restaurants, drinking great bottles of wine, you’re in great company. They’re taking you out and it’s fun. You get caught up in it.”

Jacqui Munro, vice-president of the NSW Liberal Party’s Womens Council and a former Turnbull staffer, explained to the ABC on Friday how integral this after-hours activity was to political life.

“You’re working throughout the evening potentially, whether it is networking or making friends with people,” she said. “There’s no doubt that drinking alcohol can cause people to behave in ways that they wouldn’t if they were sober. I think that reality is challenging to accept at times.”

Another former Liberal staffer noted there was also “plenty of drinking in the press gallery” and poor behaviour was not limited to any one political party or wing of the building.

One factor many advisers thought played a role in the prevalence of poor conduct was the structure of political life in Canberra: the majority of advisers, lobbyists and a good portion of journalists are fly-in, fly-out. They’re away from home, staying in the same hotels and living on other people’s money.

“It’s like you’re on holidays, and everyone behaves poorly on holidays,” says one former adviser, who also likened it to being back at university.

When bad behaviour does occur, it’s usually up to the MP or chief of staff to respond. There is no central human resources department in Parliament House. In some ways it is more a collection of hundreds of offices, each with their own leader, operating under one roof.

Furthermore, political staffers live by the maxim of never causing trouble for their boss – and that means not making a complaint.

“There’s just this sense that if you feel you’ve been wronged – and there’s plenty of that – there is just no recourse at all,” says a former Liberal staffer who worked in a range of ministerial offices under Tony Abbott and Malcolm Turnbull.

“Even to raise it with a sound-minded chief of staff could be very career-limiting because they will think ‘this person is a whiner who is going to cause us trouble’, so we have to manage them out.”

A female formal Liberal adviser noted standards were set at the top. “You naturally channel your boss’s vibe,” she says. “The majority of politicians like power – that doesn’t just happen in the chamber, that happens in the office.”

Another former adviser observed: “A lot of MPs have never run a business, they have never been employers. That lack of consistency means that in some places standards are far too low.”

The barrage of allegations, incidents and complaints publicised in recent months prompted the government to instigate several reviews, including a review of Parliament’s workplace culture led by Sex Discrimination Commissioner Kate Jenkins. Another review by Department of Prime Minister and Cabinet deputy secretary Stephanie Foster will examine the complaints process, and a new 24/7 hotline has been created for staff to report incidents.

Several people interviewed for this story were considering submissions to the Jenkins review or indicated they may speak on the record about particular grievances later.

But a bigger problem remains the very nature of the job that attracts and encourages young, fresh, ambitious workhorse types to flock to Canberra, plies them with money and booze and places them under the control of the highly-flawed Members of Parliament (Staff) Act – which has been crying out for reform for years.

Many of the ex-staffers interviewed for this story were upset by the shame and embarrassment cast upon their workplace and profession by the stream of sleaze, sexism and alleged criminality revealed in the past two months from a small but not insignificant minority of wrongdoers.

“Staffing should be a job that people aspire to, and a select few have trashed that,” White says.

“We know where the system is broken and we know who the problem people are. If any good is to come of all this pain and hurt, I hope it’s that our national Parliament can one day become a safe and respectable place to work – for everyone.”