John Legend wore a Versace bathrobe for the 2021 Grammys

Doja Cat rocks a mullet on the 2021 Grammys red carpet

Harry Styles channeled his inner Mick Jagger at the 2021 Grammys.

The singer performed “Watermelon Sugar” to open Sunday night’s awards show, wearing a custom Gucci black leather suit with no shirt underneath, showing off his plethora of chest tattoos in the process.

He accessorized the look with a green feather boa.

The 2021 Grammys are shaping up to be a big night for Styles. Not only did the “Golden” singer open the show, but he’s also nominated for three awards: Best Music Video for “Adore You,” Best Pop Solo Performance for “Watermelon Sugar” and Best Pop Vocal Album for “Fine Line.” 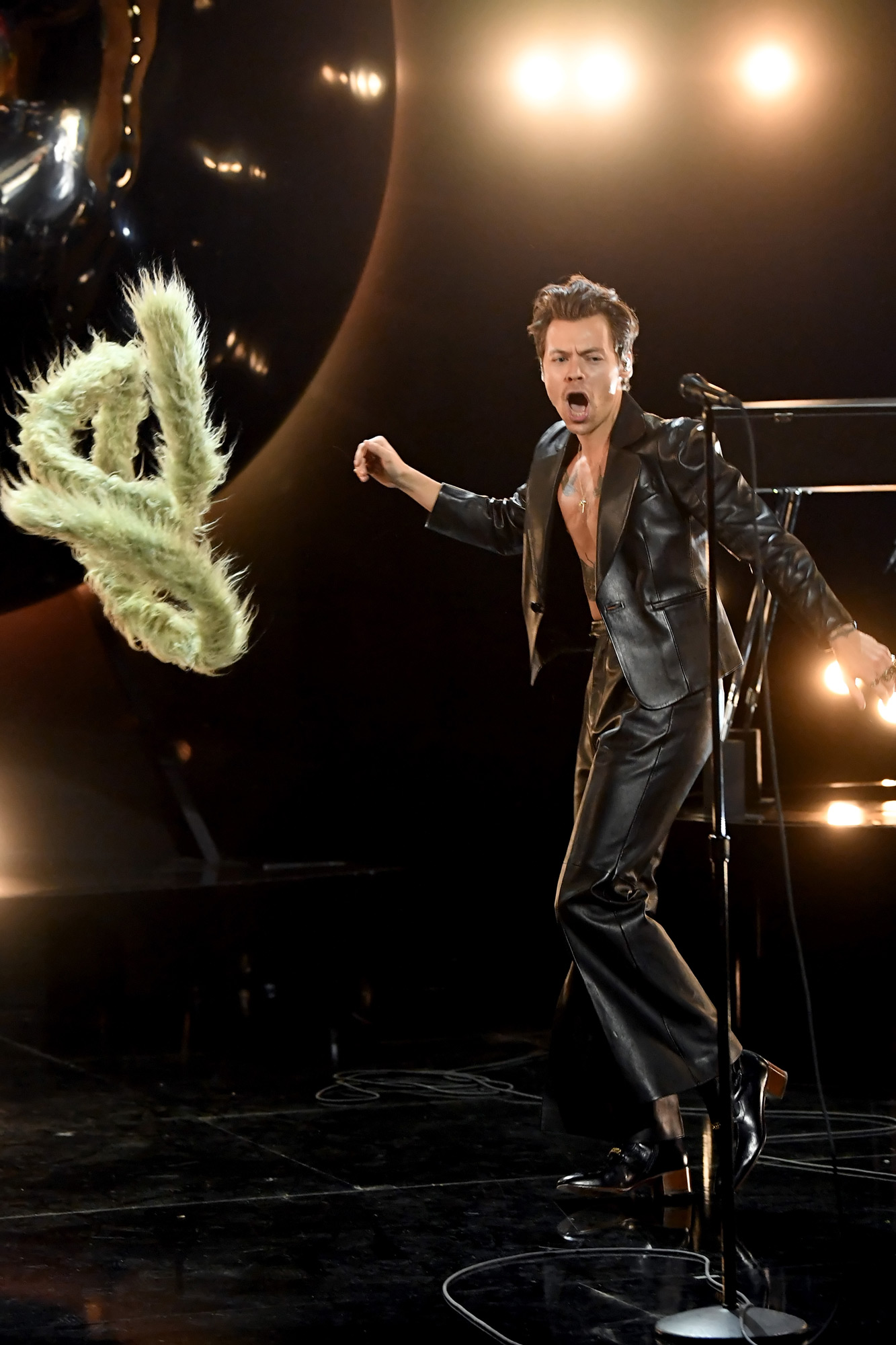 There was much talk of Styles associates this week as well; his girlfriend Olivia Wilde is likely watching the show from London, where she’s spending time with children Otis and Daisy while her ex-fiancé Jason Sudeikis films the second season of “Ted Lasso.”

Also, Harry’s former One Direction bandmate Zayn Malik made headlines last week when he slammed the Grammys as rigged after his January album “Nobody’s Listening” was snubbed.

“F—k the grammys and everyone associated. Unless you shake hands and send gifts, there’s no nomination considerations,” an enraged Malik tweeted. 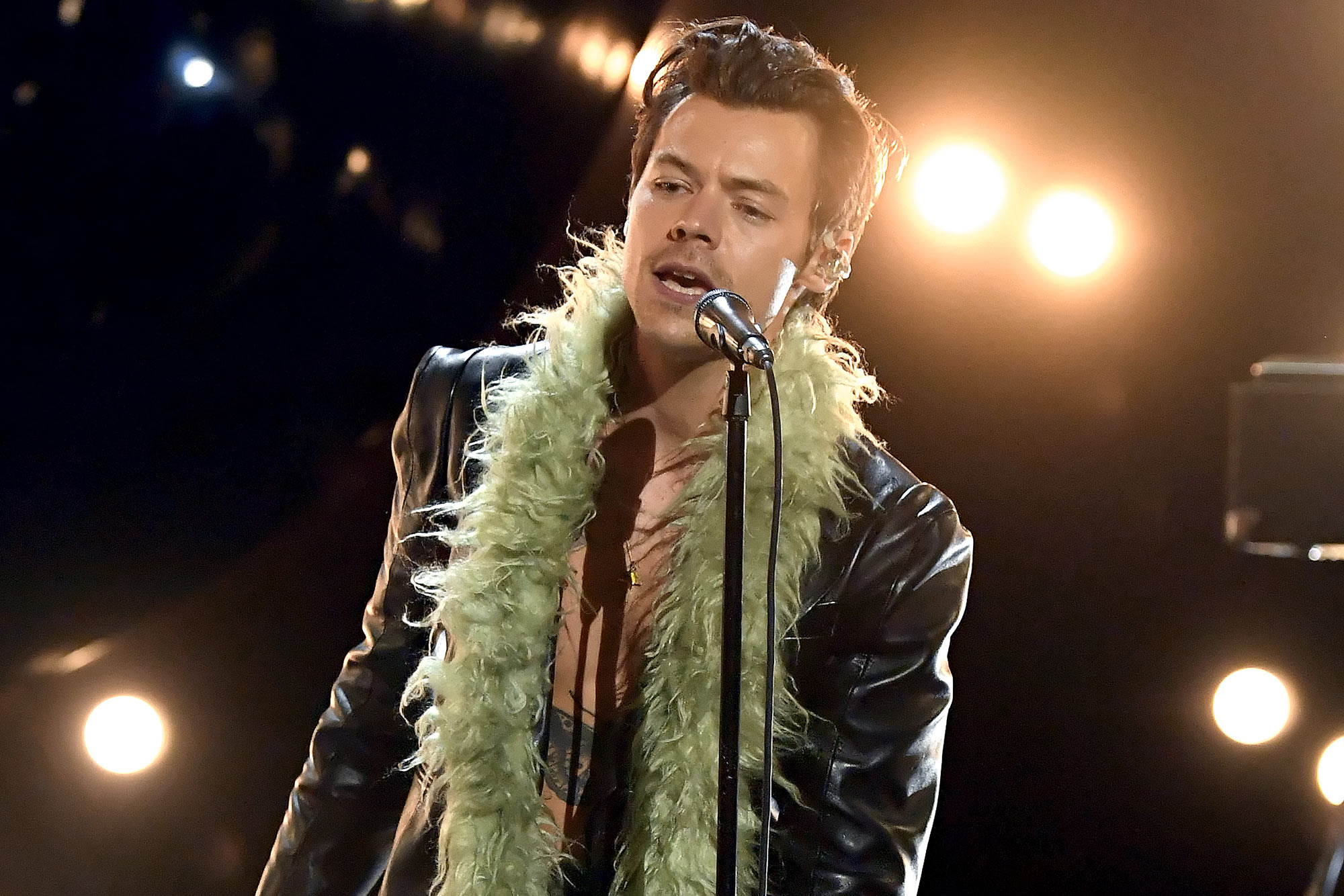