'Hawkeye' Episode 4: Who Does the Rolex Watch Belong To?

After a promo for the second half of Hawkeye featured a mysterious figure, many fans believed it was only a matter of time before Yelena Belova, played by Florence Pugh, showed up in the series. But while the audience speculated over whether or not the Russian blonde would return in Hawkeye Episode 4, we’re more focused on the mysterious Rolex watch.

‘Hawkeye’ Episode 4 reintroduced the mystery of the Rolex watch

In Hawkeye Episode 4, Clint and Kate searched for a Rolex watch that originated from the Avengers compound. Someone had sold it on the black market, and Clint was determined to locate it. As many fans recall, someone originally sent the Tracksuit Mafia to the auction in episode 1 to steal the watch.

Laura, Clint’s wife, first mentioned the Rolex when on the phone with her husband in episode 4. They both believed that the watch was destroyed years ago, but since they thought the same thing about the Ronin suit, they now had their doubts.

Laura found the location of the Rolex and sent it to Clint. He and Kate went to the apartment building where it was being held, and Kate grabbed the watch while Clint served as the lookout. Unfortunately, they realized that the apartment belonged to Maya Lopez, aka Echo. Echo arrived and started fighting Kate, while Clint dealt with a threat of his own: Yelena Belova.

The four of them engaged in an epic battle that resulted in both Echo and Yelena retreating. Clint, realizing the danger of their new situation, broke off his partnership with Kate. All of that aside, though, we need to figure out who the Rolex from Hawkeye Episode 4 belongs to.

Who might be the owner of the Rolex from ‘Hawkeye’ Episode 4?

Based on Hawkeye Episode 4, we only have a few hints regarding the owner of the Rolex watch. It’s plausible that it belongs to an Avenger, or a former superhero, since it was found in the wreckage of the Avengers Compound.

And Clint told Kate that the Rolex is connected to someone he used to work with and who has been retired for a long time. But their identity is directly tied to the watch, so it’s important that it doesn’t fall into the wrong hands.

We have a couple of ideas about who this mysterious person could be going off of these clues. The first individual that comes to mind is Nick Fury. He faked his death in Captain America: The Winter Soldier and has laid low ever since. Samuel L. Jackson, who plays Fury, is set to star in an upcoming Marvel Disney+ show, Secret Invasion. It makes sense if Marvel sets up Fury’s return to the Marvel Cinematic Universe in Hawkeye.

Another popular theory regarding the owner of the Rolex watch from Hawkeye Episode 4 is Laura Barton. It might seem absurd, but how much do we know about Clint’s wife? She is the one who first brought up the Rolex, and she spoke fluent German while on the phone with Clint. It’s conceivable that Laura used to be a master assassin like Clint, and that’s how they met. She then went into hiding, and perhaps that’s why he is desperate to get the watch. 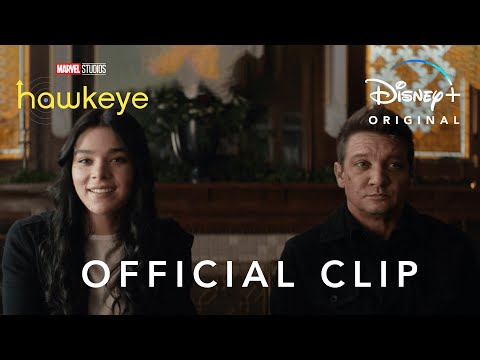 Yelena Belova is back and hungry for revenge

And we can’t end this article without talking about the Yelena of it all. Her appearance in Hawkeye Episode 4 changes everything and will set the tone for the rest of the series.

Yelena’s arrival probably won’t tie into the mystery of the Rolex watch, but it will make Clint confront his grief over losing Natasha. Plus, Yelena finally met Kate, and many believe that the two will be involved in a Young Avengers project in the MCU.

During an interview with Cosmopolitan, Hawkeye star Hailee Steinfeld discussed working with Florence Pugh. She revealed that she knew right away that she would get along with her co-star.

“Oh, one hundred percent. I honestly felt that right away. And I hope to god she’d say the same thing,” Steinfeld said. “Jeez. Now that I say it, I’m like, ‘I knew right from the start!’ And what if she was like, ‘This girl?’ No, I think we just had similar energy … We really did have a wonderful time together.”