Prince Harry and Prince William reunited on Thursday to unveil a new statue of their late mother, Princess Diana, that they commissioned in 2017.

The date ― July 1 ― was especially poignant, as it marked what would’ve been the Princess of Wales’ 60th birthday.

The private unveiling ceremony was attended by the princes, workers intimately involved with the project, as well as some close friends and family members of Diana, including her three siblings: her brother, Charles Spencer, and her two sisters, Lady Sarah McCorquodale and Lady Jane Fellowes.

It was an unexpected choice by the sculptor, considering Diana only had two children, but made perfect sense when explained in a release shared by Kensington Palace. 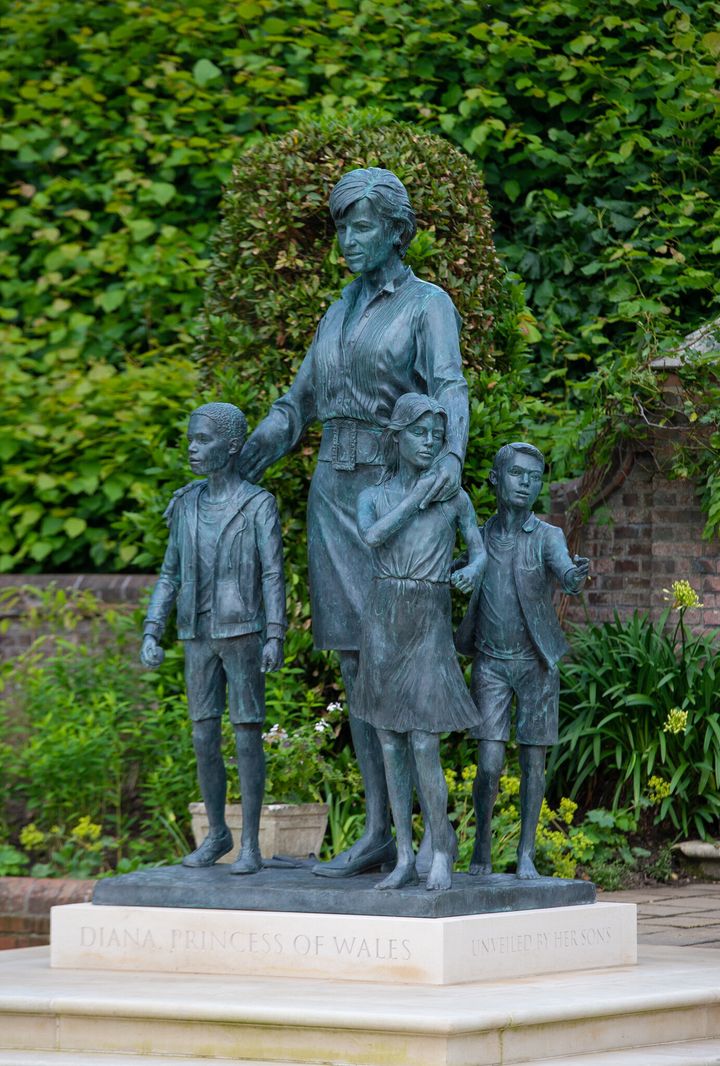 The palace said that children are meant to “represent the universality and generational impact of The Princess’ work.”

Diana, who worked as a nanny and a kindergarten assistant before marrying Prince Charles, loved children and, in particular, being a mother.

The princes spoke about just how much they missed their beloved mum in a joint statement sent out after the unveiling.

“Today, on what would have been our Mother’s 60th birthday, we remember her love, strength and character — qualities that made her a force for good around the world, changing countless lives for the better,” the two said in a statement released through Kensington Palace.

“Every day, we wish she were still with us, and our hope is that this statue will be seen forever as a symbol of her life and her legacy,” they added.

Before signing off, the brothers thanked those who worked on the sculpture and the unveiling, as well as “the friends and donors who helped make this happen, and to all those around the world who keep our mother’s memory alive.” 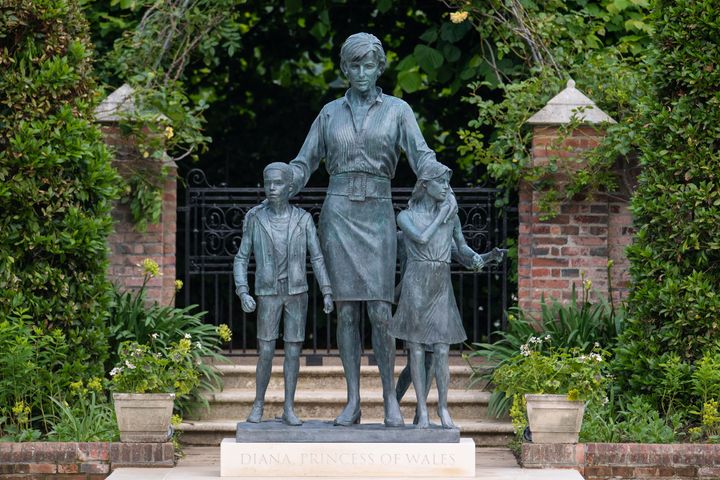 Both Harry and William have spoken openly about their mother’s death, and have gotten candid about how her loss still affects them today.

“The shock is the biggest thing,” the Duke of Cambridge revealed in the BBC documentary “Mind Over Marathon” in 2017. “And I still feel 20 years later about my mother, I still have shock within me 20 years later.”

“People go, ‘Shock can’t last that long,’ but it does,” the prince explained. “You never get over it, it’s such an unbelievably big moment in your life that it never leaves you. You just learn to deal with it.”

For more photos of the unveiling ceremony and the statue, see below: