For 50 years top writers have shared life-defining moments with Femail -here we reveal what happened next: How the wrong number led to the right man — and a blissful marriage

WHAT I WROTE THEN

Home alone with time on my hands, I decided to phone a female friend for a chat. But a man answered.

I’d dialled the wrong number, a number that would change my life. 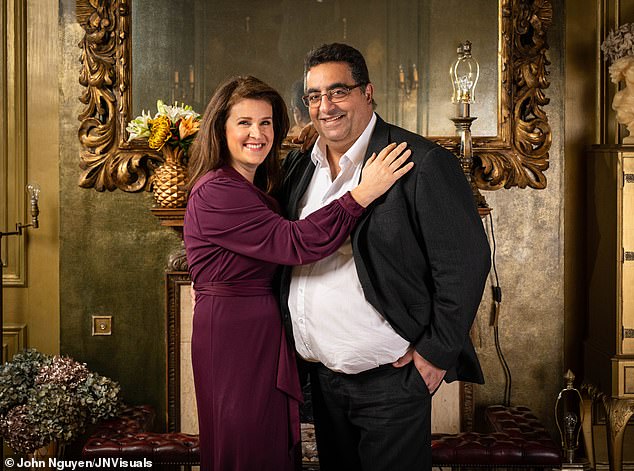 Alison Cork who met her husband Efi (pictured together), after accidentally dialing the wrong number revealed how their relationship has progressed almost 20 years later

Efi’s voice entranced me. We shared a few minutes of banter, then I reluctantly hung up.

At the time I was 35 and single, having ended a 13-year relationship because my boyfriend didn’t want children and I did.

I wasn’t looking for love but Efi had sounded sane, funny and very kind. After a few minutes’ deliberation, I pressed redial.

‘It’s me again,’ I said, telling him I’d enjoyed our brief chat so much. He was on a work phone, unable to trace my number. He said he was glad I’d called back.

After three weeks of lengthy phone conversations, we decided to meet and I felt just as comfortable with him in person. Six months later I’ve agreed to marry him.

WHAT I DID NEXT

How astonishing to think this was nearly 20 years ago. Efi and I had our simple, beautiful wedding in 2000. Meanwhile, the story of how we met caught the world’s attention.

An American TV company even made a half-hour film about us, Beyond Chance, for the Romance Channel. Cringingly, we played ourselves. The closing scene had us walking off into the sunset together: the ultimate happy ending. 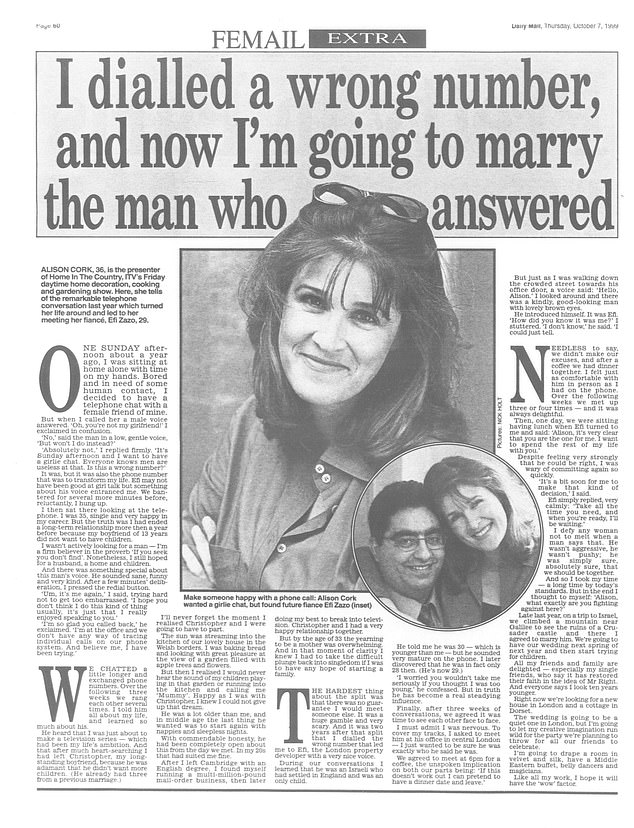 Alison was a 35-year-old singleton when she met Efi – seven years her junior, the pair had a simple wedding in 2000

But real life is, of course, made up of highs and lows.

I’d parted from my much-older ex, as he didn’t want children and I just couldn’t bear to give up on my dream of having them. Efi, seven years my junior at 28, was his polar opposite, insisting he wanted a large family — four children — as much as I did.

But things didn’t turn out to be as easy as that. The wedding date set, we began trying for a baby. Sadly, I miscarried, which was very upsetting for us both.

We shared the joy of our eldest son’s birth in our first year of marriage; then the sorrow of losing three more babies before our second child was born in 2004. By then I was 41. It felt as if time had run away from us.

We agreed that our fantastic boys David and Ethan — now 15 and 18 — completed our family, and we would focus on providing the best life that we could give them.

We were both running our own businesses: Efi in property and finance, while I had founded my Alison at Home interiors brand. I also launched the Make It Your Business initiative, in support of female entrepreneurs.

Having started our life together in a rented basement flat, over the next decade we worked our way up the property ladder. The drill was: buy, renovate, sell, repeat. We did that seven exhausting times. Finally, in 2009, we moved into our forever home, a beautiful townhouse in London’s Belgravia. 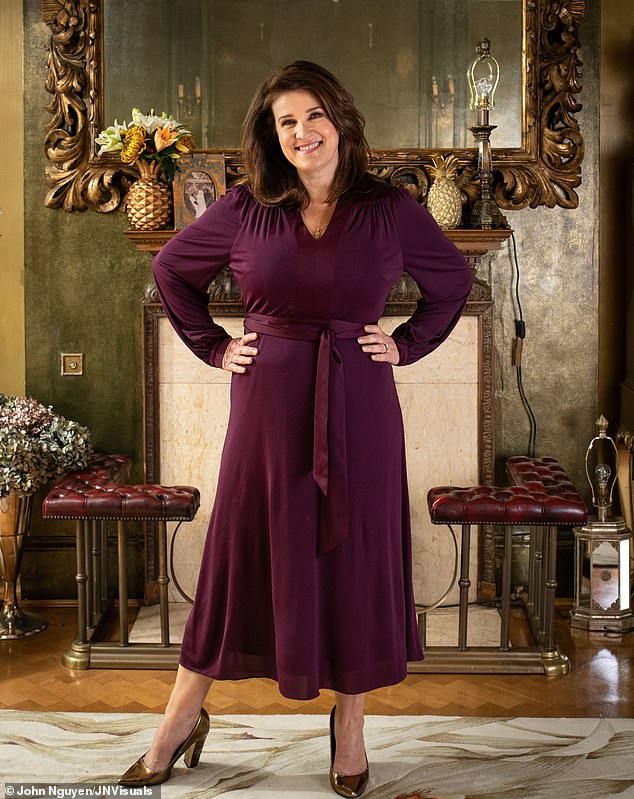 The mother-of-two (pictured) says she and Efi remain very much in love, she has recently put herself forward as prospective Conservative Mayor of London 2020

Both self-made, we were utterly determined to give our boys a private education and a wonderful home to grow up in.

We have other interests, too: I recently put myself forward as prospective Conservative Mayor of London 2020.

Efi and I remain very much in love. I always pinch myself when I think back to how a wrong number put us together.

But the ultimate proof of our relationship’s success is our children. We couldn’t be prouder of our sons — our youngest fences for England, while his big brother writes and sings jazz.

I know people will look at me and think: ‘You really did get your perfect fairy-tale ending.’ In some ways they’d be right. But underpinning everything Efi and I have built is relentless effort.

Chance might have brought us together, but we’re the ones who’ve made it work ever since.