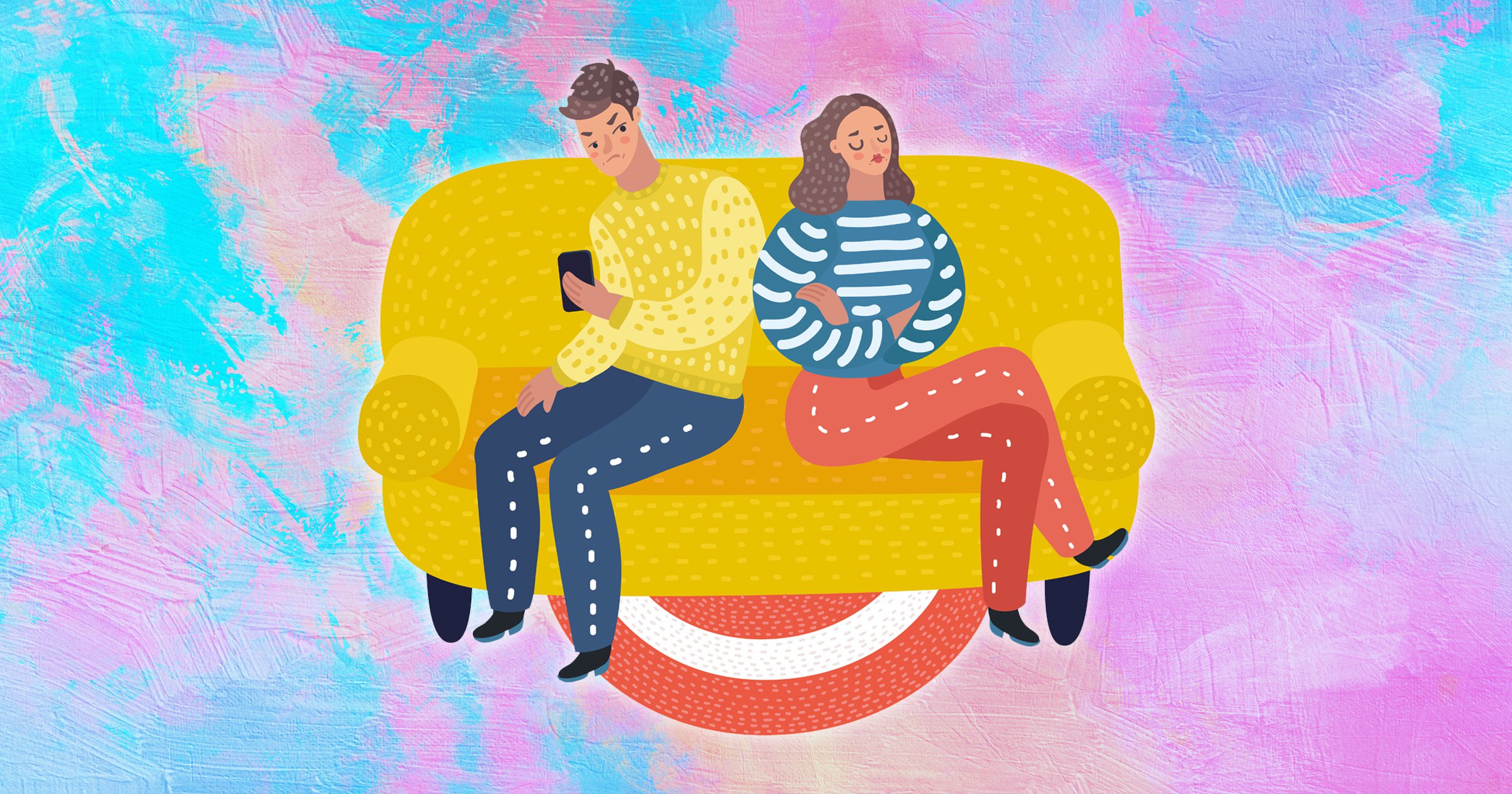 Jealousy has many forms – whether it’s a co-worker’s promotion or a new person being introduced to a close friendship group.

But it can be the most damaging when it crops up in a relationship, as – when not dealt with in the right way – it can lead to blame, insecurity, obsession and verbal abuse, or even a breakup.

Will Smith has recently spoken about his jealousy regarding his wife, Jada, and Tupac’s friendship, explaining that he felt ‘tortured’ by their close relationship.

The truth is that jealousy is going to pop up from time to time. In fact, it’s a very normal part of life – so it’s vital to learn how to acknowledge and deal with it in the right way.

‘It’s important to say that jealousy is a normal, healthy emotion,’ Dr Zoe Cross, a clinical psychologist at My Online Therapy, tells Metro.co.uk.

‘And, just like all emotions, it serves a purpose. It tells us something about our needs. In a relationship, some jealousy might even serve as a reminder of how much we value and care for our partner.

‘That said, jealousy can become unhealthy in a relationship when it tips over into the extreme and/or we try to hide it.’

This is how to approach it with a partner…

Jealousy can turn things toxic when left for too long, explains relationship psychologist Neil Wilkie and founder of the couples therapy programme The Relationship Paradigm.

He says: ‘A couple needs to deal with it when it first comes up, otherwise it can snowball and ruin a relationship.

‘It is often left unsaid but eventually a tipping point is reached and it can no longer be ignored.’

Express how you feel – without blame

Once you recognise jealousy, it’s a good idea to express how you’re feeling.

Psychotherapist and coach Andre Radmall says: ‘It is important that, as well as owning their own feelings, the person doesn’t use blaming language to their partner.’

This could make the other half defensive and escalate to an argument.

Instead, express feelings by using ‘I’ statements.

Dr Zoe continues: ‘Say, for example, you feel jealous because you went to a party with your partner and they spent the whole night talking to other people, it’s important to express that.

‘Tell them how it made you feel – but try and avoid blaming words.’

This way a partner is more likely to listen and understand – and won’t feel attacked.

Take a look at previous relationships

Dr Zoe says: ‘If feeling jealous has become a theme or pattern for you in relationships, it might also be worth digging a little deeper to explore where it stems from.

‘Sometimes these types of feelings are rooted in past experiences.’

Therapy can be a great way to address these trust issues or problems going forward, to help both current relationships and future ones.

Andre Radmall stresses that jealousy can sometimes be an issue in open relationships where – although consent to be with someone else has been given – there can often be insecurity and comparison.

He says: ‘It is not uncommon for people in open relationships to wonder how their partner might be comparing them with the third person. Once embedded in someone’s mind this is a hard thing to shake off.’

Ultimately, to stay on top of jealousy in an open relationship, it’s vital to keep good communication at all times.

‘Open, honest communication is important in every relationship but possibly even more so in an open relationship – as there are likely to be a few vulnerable feelings around,’ adds Dr Zoe.

‘It can help to be very clear at the beginning about what you’re both happy with, details you will or won’t share with each other (etc).

‘But also be open to checking in along the way, as feelings can shift and change.’