You’ve got this. What’s this? Well, it’s anything you’re shooting for right now that other people told you couldn’t happen.

Or maybe you doubted you could do it. It’s your comeback. We often experience this phenomenon via sports: “A comeback is when a person or team accomplishes something that they probably shouldn’t, such as a win after facing a deficit or a disadvantage or when their trajectory was on a downward slope,” says Gregory Chertok, a sports psychology consultant in New York City.

For you, that might mean selling a book proposal after your first try was rejected dozens of times. Maybe it’s starting another biz after closing your first. Or going back to school to study something entirely different. Maybe it’s bouncing back post-divorce or just getting through a really rough, heart-wrenching breakup.

No matter what, the allure of this occurrence is special and ignites the warm fuzzies for all who witness it. You know what they say: Everybody loves a comeback.

Well, that phrase is so rooted in reality it’s almost freaky. “There’s a triumphant moment where people feel connected to the person coming out on top,” Chertok says. Comebacks are also sometimes rare and unpredictable, and they always feel surprising.

That’s especially true in the world of professional sports (one play triggers a rally, and the crowd goes wild), but in your case? You can use science and psychology to engineer your own with these seven mind-blowing tips for starting over when life’s got you down. Everything you need to spark a comeback is right here.

See the Outcome You Want

Picture your goal. Now feel it. Do you get that butterflies-in-the-stomach rush? That’s the point. Visualizing the future brings hope to the process, says sports psychology consultant Jim Afremow, PhD, author of The Champion’s Mind. (A comeback is not all fun and excitement; it can be arduous and winding.)

Then break it down into small chunks—e.g., visualize yourself getting to work early, making phone calls, etc. Write your dream on a Post-it note and stick it to your computer. Print out a quote that gets you going and put it on your mirror. Keep your vision top of mind. This is how you build optimism. “You need to see your goal constantly and tell yourself you can do it,” says Afremow. Positivity gives you a feel of control over where your life is headed.

Sit With Your Feelings

A comeback can be akin to a bounce-back. Think about the trajectory of a ball after it bounces: Sometimes it comes up cleanly. Other times it veers off course. Occasionally, it’ll whap you in the eye. To deal with all the ball’s (read: life’s) crazy maneuvers, you need resilience.

“Resilience isn’t the goal, it’s the process,” says T. Em Arpawong, PhD, MPH, an assistant professor of research in the Keck Resilience Lab at the University of Southern California. So while you might get the message that you should let setbacks roll off your shoulders, that’s actually not helpful. “When things break us down, it’s okay to experience distress and intrusive thoughts,” Arpawong says. “Feeling them can help you find new possibilities.”

One thing that helps is journaling, as writing can be an outlet for emotions and aids in making sense of what’s happening. It can get you to a place where you identify what brings you joy and feel a sense of appreciation. Think of it like resistance training, says Arpawong: The goal is to induce a little stress and microtears in muscles so you can become stronger. 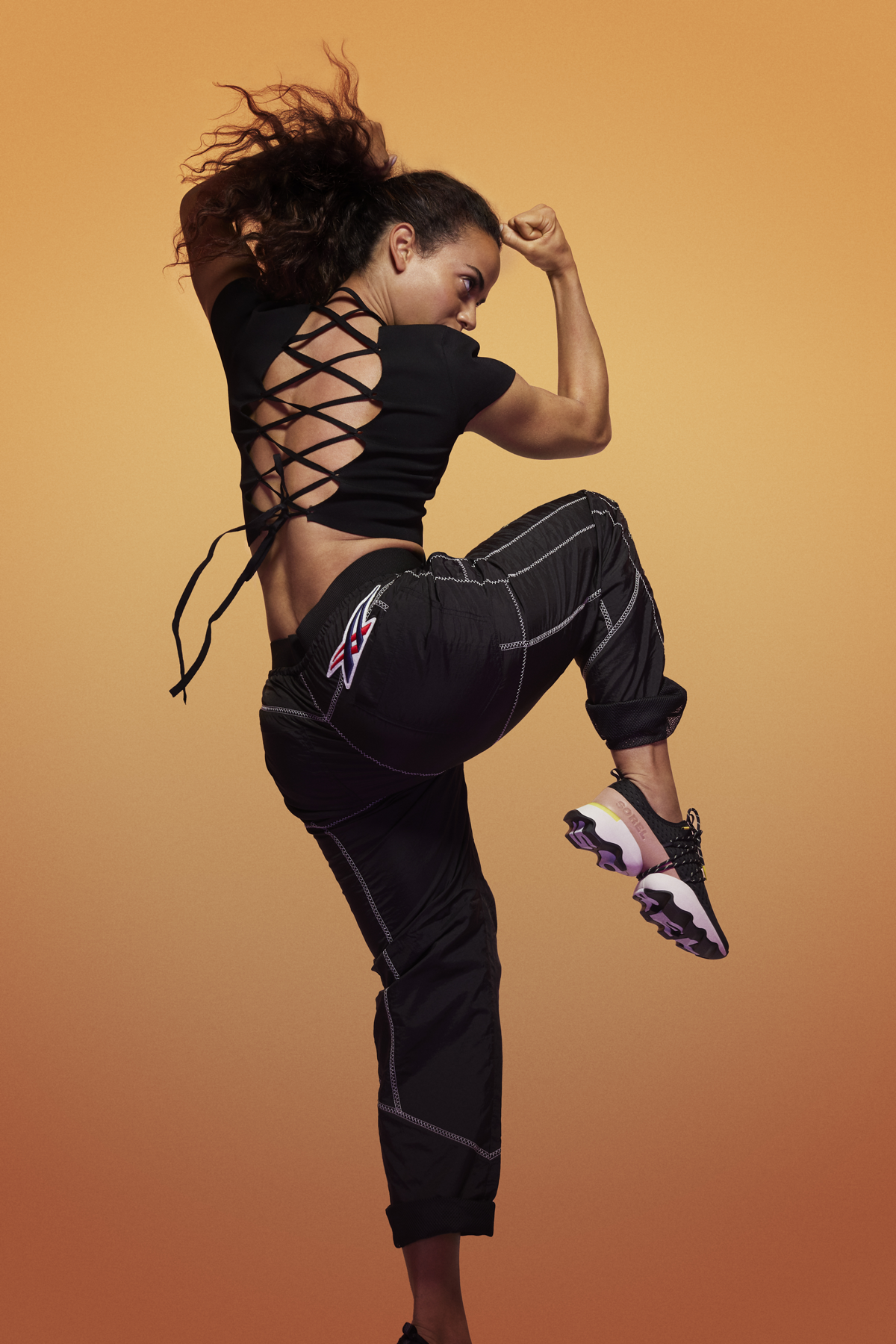 Strategize With Your Team

No doubt a home-field advantage is a very real thing in sports…and in life. “The home team is more than three times as likely to make a fourth quarter comeback as the visiting team,” says Chertok. Why? It’s all about feeling the love and support from the crowd. So think of the people by your side as fans in the bleachers and you’ll bolster your abilities—and have a crew to catch you when you fall.

“Many people find it helpful to talk through their comeback plans with friends or family members because things appear more real, or almost contractual,” he says. Saying your plans out loud holds you accountable. In other words: Now you gotta make it happen.

A funny thing happens when almost-successful people experience a gutting miss: They come back better. Truly. Budding scientists who narrowly missed being awarded a career-changing grant in their field of study built more-thriving careers later in life compared with early grant winners, concluded a study in Nature Communications. “The people who failed ended up being the bigger successes,” says author Dashun Wang, PhD, an associate professor at the Kellogg School of Management at Northwestern University.

The F word may make you redouble your effort to avoid the complacency that can lead others to become stagnant. For instance, a relationship’s end may help you focus on the qualities you want in your next partnership and what didn’t work for this one. Embracing failures wholeheartedly has a perk: “When I experience any form of a career rejection, I tell my students that this is good, it’ll make me better next time. Saying that right away can shift your whole narrative,” Wang says.

Nervous to step out and go after something big? It’s natural. “The brain is hardwired for safety, not success,” says Afremow. That internal “hold back” mechanism “keeps us from taking risks so we survive,” he says. And that’s exactly why you hear that voice creep in, telling you that you’re going down in flames. It’s okay to hear your inner Negative Nancy, but you don’t have to listen to her.

Watch Lindsay Vonn talk about how she came back from her worst injury:

Elite athletes, says Afremow, both regularly have and hear the “I can’t” thoughts, but they don’t give them airtime. Acknowledge them, then counter with positive self-talk until your mind repeats it back to you. Write affirmations or self-talk phrases on notecards or jot them in the Notes app. When the negative ones creep in, read them or repeat them aloud. “The brain is more software than hardware,” he says. Meaning, you can create new neural pathways by flooding it with these affirmations. 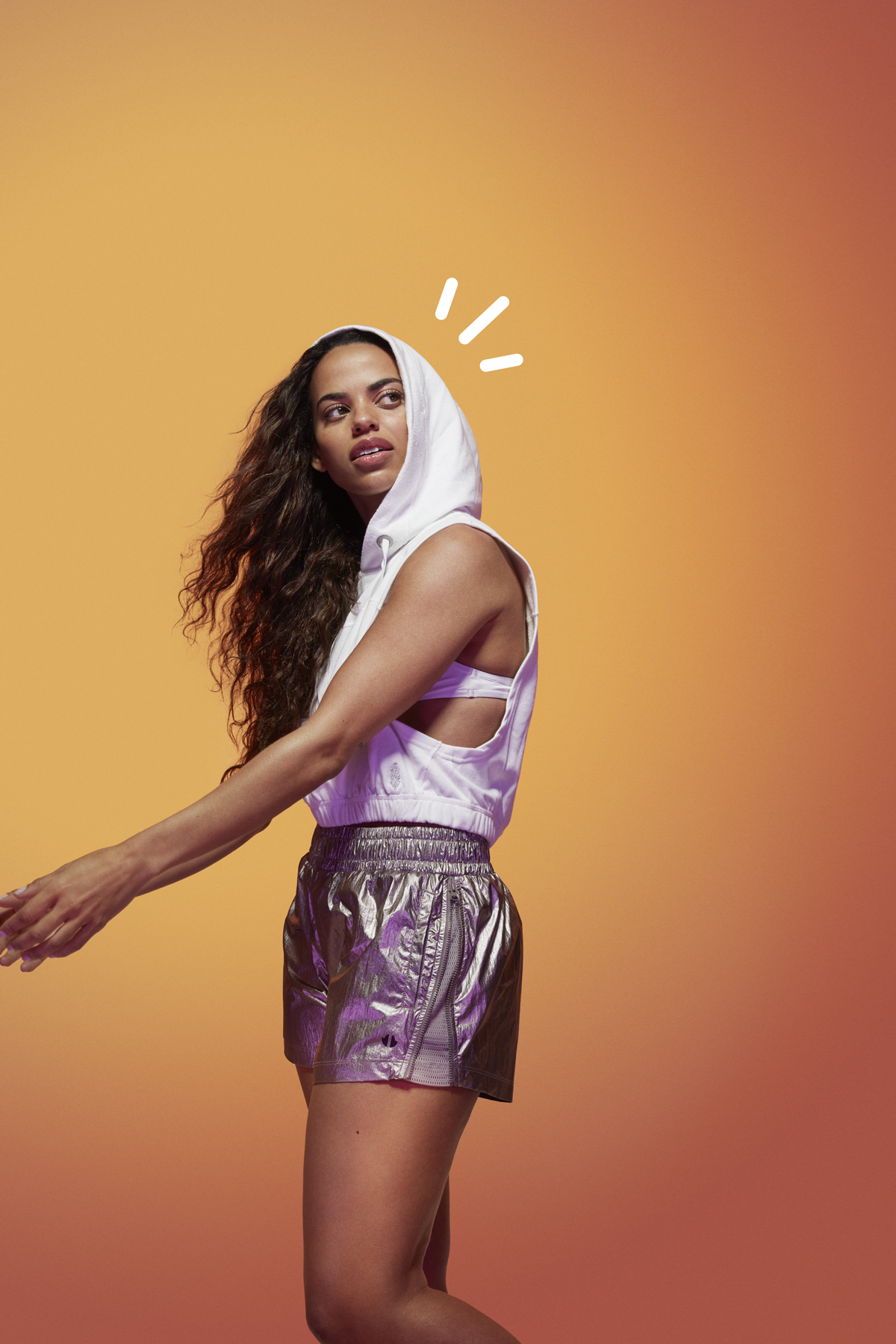 You’ll probably doubt yourself more than once. That’s okay. Xiaodong Lin Siegler, PhD, professor and founding director of Education for Persistence and Innovation Center (EPIC) at Columbia University, asks herself two questions: “Do I enjoy whatever I’m going after? Am I passionate about it?” If the answer to both is yes, she persists. But if there’s a “no” in the mix, understand that quitting isn’tbad. “You need to know your heart,” says Lin Siegler. “When I interview athletes about when they know it’s time to quit, they tell me it’s when their job becomes a chore.”

Having a love for what you do is an integral part of performing at your peak and moving toward your mission; otherwise, “perseverance without passion isn’t grit, but merely a grind,” says Jon Jachimowicz, an assistant professor at Harvard Business School. Don’t waste your time if you don’t enjoy what you’re pursuing. Look at bowing out as creating space for something else that *will* light your fire.

The drive to succeed can become all-consuming, but practicing self-care basics will give your mind and body the love they need for you to be at your best, says Afremow. No matter what you’re trying to do with your comeback, this step is paramount. You may want to stay on top of your exercise routine, snag at least seven hours of sleep, maintain a morning routine, and so forth. Figure out your answer to this: What are the basic things I need to do each day to take care of myself? “This provides the foundation to do those other super special things,” he says.