IF you’ve ever found yourself tossing and turning at 3am, staring at the clock and wishing for sleep, spare a thought for London mum Malgorzata Sliwinska.

The 39-year-old says it’s been FOUR YEARS since she had a decent night of shut-eye, thanks to a rare sleep disorder called somniphobia. 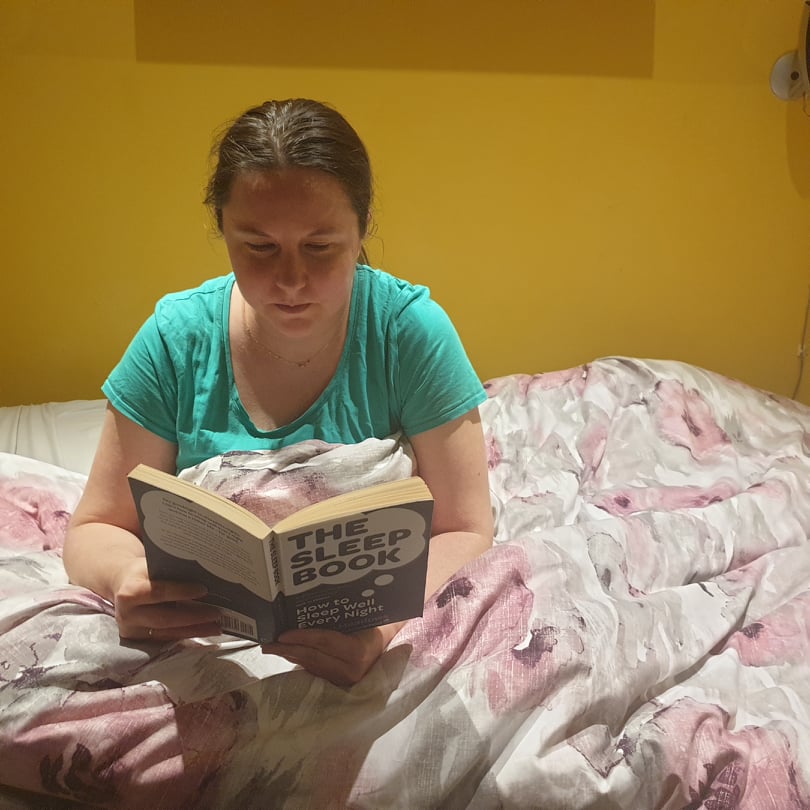 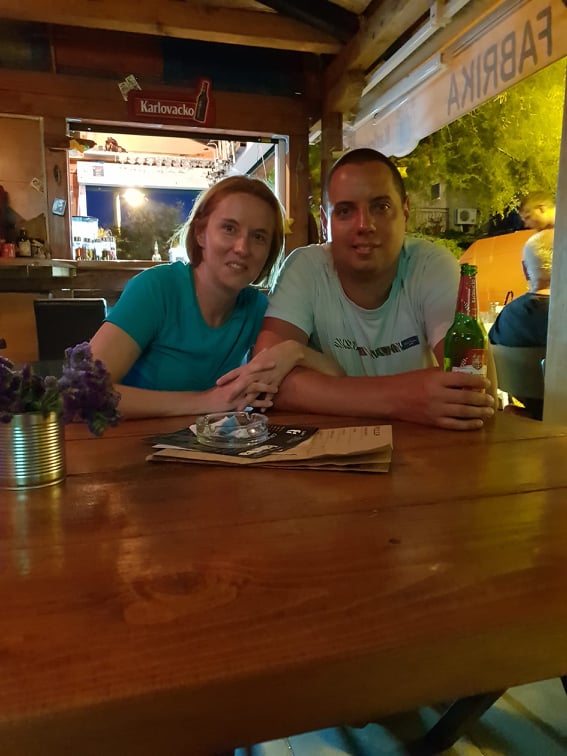 The mum-of-one spends her days worrying about bedtime, and commonly doesn’t get a wink of sleep for two or three nights on the trot.

It has affected every area of her life, leaving her exhausted, depressed and often unable to work.

Malgorzata, who is originally from Poland, explains: “Think of how bad you feel after just one night with no sleep, and then try to imagine going for days or even weeks without it.

“I suffer intense headaches and my eyes are so dry they feel like they are burning.

“My short term memory is completely gone and I often find myself bursting into tears for no reason.

“Some nights I don’t even bother going to bed – while others I lie down and at least try to rest my body.” 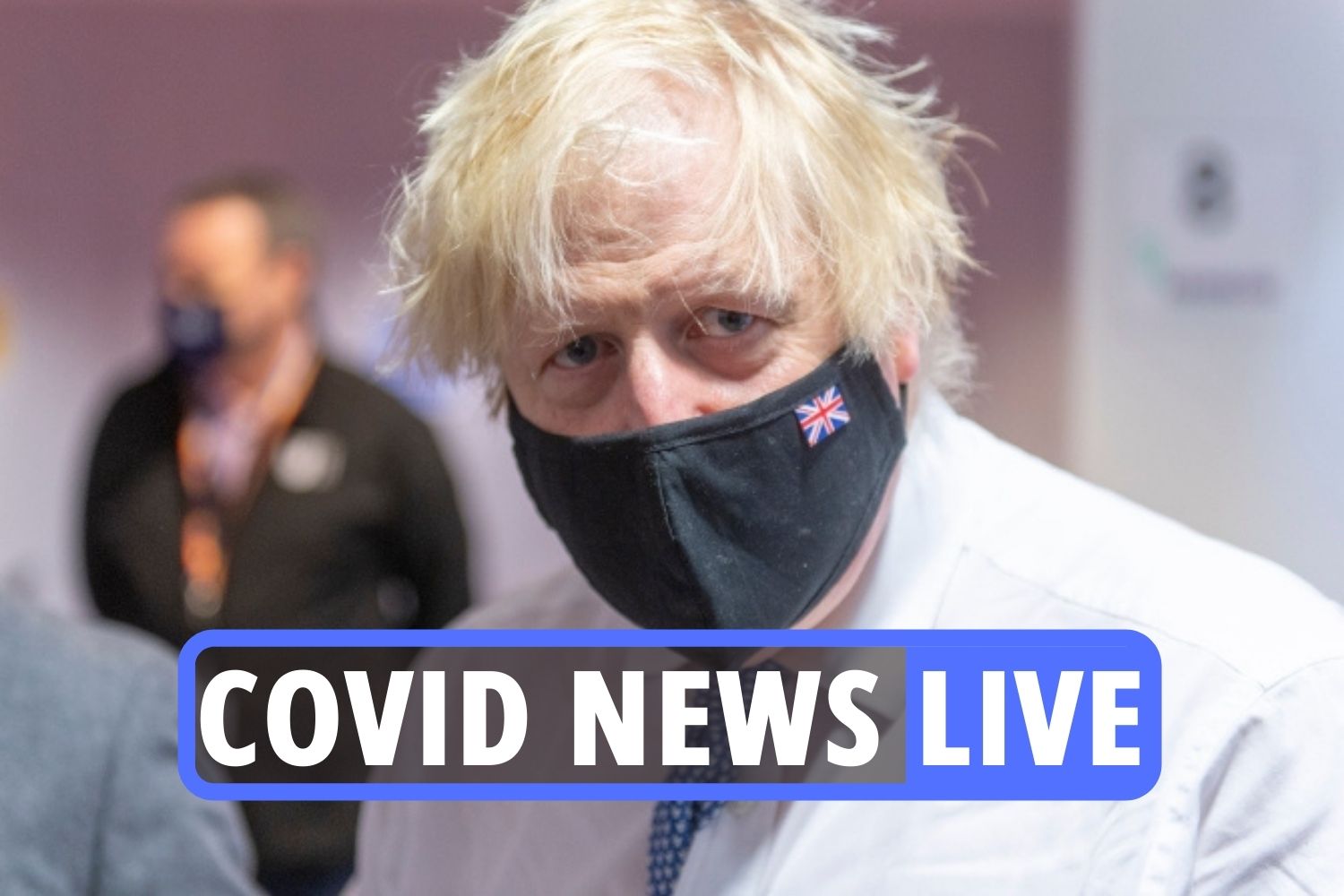 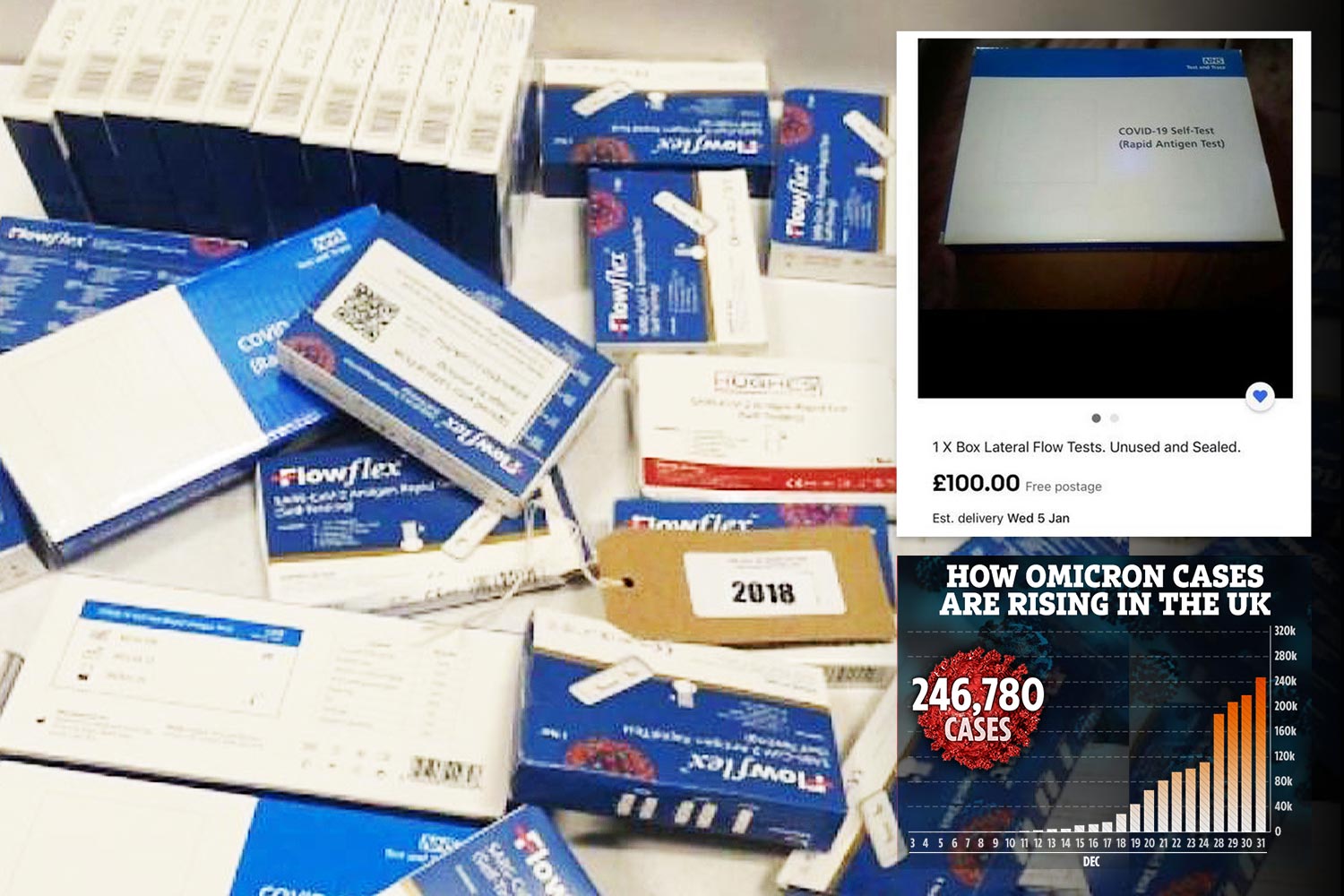 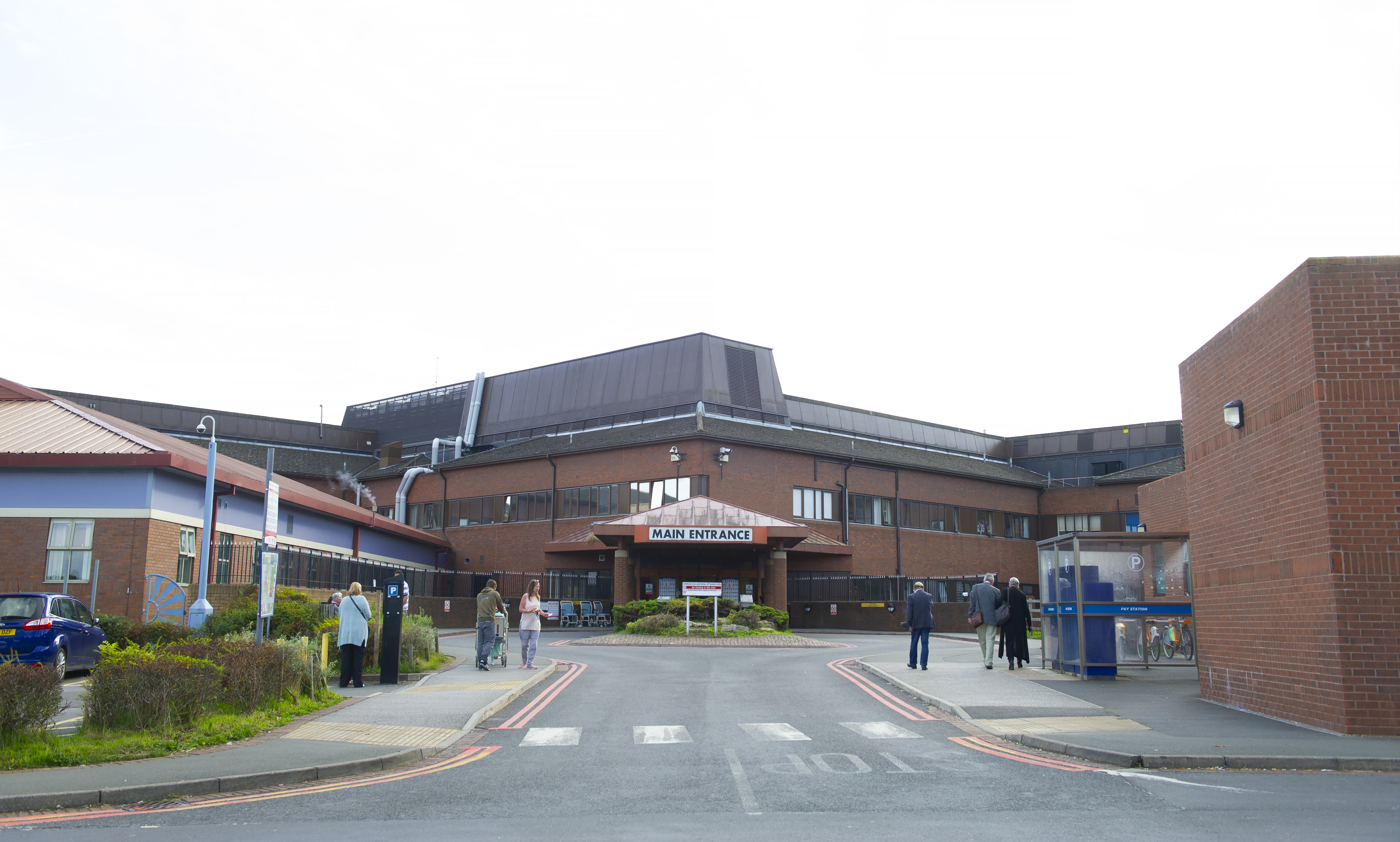 Incredibly, Malgorzata says she was once a sound sleeper who never had any trouble nodding off.

“I was a busy working mum with a teenage son, David, so I was out like a light as soon as my head hit the pillow,” she says.

“After a long day at work at a health food company, then coming home to make dinner for David and my husband Mariusz, a relaxing evening was often my favourite part of the day.

“I’d snuggle up in bed after a hot bath, leave the TV on in the background, then happily drift off.

“I loved my sleep so much, I could never really understand it when friends said they’d had a bad night.

“Insomnia simply never happened to me.”

Then… one night… it did.

It was a Sunday evening in September 2017, the family had just returned from a holiday in Spain, and for some reason Malgorzata just couldn’t get to sleep.

She recalls: “I tossed and turned in bed, thinking about all the things I had to do the next day, and how much harder they’d be without a decent night’s sleep.

“Eventually, when the clock said 5.30am, I blearily pulled myself out of bed and shuffled to the bathroom.

“I had a shower and told myself that everyone has a bad night occasionally.

“I made myself a strong cup of coffee and got on with my day as best I could.

“That night I was so shattered I expected to crash out as soon as my head hit the pillow, but instead the same thing happened again.”

The following day Malgorzata felt even worse, but dragged herself through the day, promising herself a hot bath and a good book before bed.

But instead of an early night, she ended up awake again in the early hours, watching Mariusz slumbering beside her.

“For three whole weeks I didn’t get a single moment’s sleep.

Malgorzata went to see her GP and was given a leaflet on sleep hygiene.

She says: “I tried everything it suggested; I turned off the television three hours before going to bed, read books, tried acupuncture, massages and listening to soothing music.

“I was also prescribed a mild sleeping tablet but it didn’t help.

“My brain was on high alert – it just wouldn’t shut down!”

This cycle of insomnia went on for two whole weeks and by the end of it Malgorzata was “a wreck”.

She went on to try different medications, with varying levels of success.

Some sleeping tablets helped her to snatch a couple of hours of slumber, while others seemed to make matters even worse.

She also had psychological therapy on the NHS for six months from September 2018 to February 2019, and again from June 2019 to September 2019.

Finally a private doctor gave her the sleeping pill Zolpidem, which worked, but she says she wasn’t warned it was addictive.

When she stopped taking the tablets, the results were disastrous.

“For three whole weeks in August 2018 I didn’t get a single moment’s sleep.

“It was like a form of torture,” she says.

“By the end of it I was a complete mess, suffering with anxiety and panic attacks.

“That’s when Mariusz and I decided to seek private treatment again for my insomnia.

“I saw a psychiatrist and with new medication I was able to sleep for one night a week.”

For the next two years the couple ploughed thousands of pounds – their life savings – into finding a cure.

Malgorzata tried everything, from different medications to hypnotherapy.

In the meantime she and Mariusz, 38, ended up sleeping in different beds because her restlessness was disturbing him too.

“With me like a zombie most days, it was up to my husband to be the breadwinner and look after me and David,” she explains.

“Most 14-year-old lads are out with their mates or preoccupied with sport, but David would do the hoovering or washing up when I was too tired to get off the sofa.

Somniphobia is a sleep anxiety where people are afraid of going to sleep, or of what might happen to them while they are asleep.

It can make falling asleep or staying asleep extremely difficult, and also causes anxiety throughout the day as the sufferer worries about what is going to happen at bedtime.

Somniphobia can cause a feeling of dread as nighttime approaches, as well as extreme fatigue, depression and panic attacks.

It is a fear so extreme, it keeps people awake even when they are exhausted.

“Having chronic insomnia affected every area of my life.

“In March 2019 I lost my job, after being on long-term sick leave for six months.

“I was just too exhausted for work.

“Staggering to the bathroom mirror each morning, the face looking back at me had sallow skin and huge dark circles under her eyes.

“I was a shadow of my former self.”

“All day every day she worried about that evening, wondering if she was going to be able to get any sleep.

“Every morning when I got out of bed, I would start worrying about what would happen when I got back into it again at the end of the day,” she adds.

Around Christmas 2020, her condition deteriorated again and she went six days without a wink of sleep.

Then, finally, earlier this year she had a breakthrough.

“I saw a specialist in Poland, over Zoom, who diagnosed with me a condition called somniphobia,” she explains.

“Insomnia means you have difficulty falling asleep or staying asleep, but people with somniphobia also suffer with severe anxiety about bedtime.

“I thought about how much time I spent worrying about my lack of sleep and it all started falling into place.”

Now Malgorzata manages to sleep for about two or three nights each week, with the help of sleeping tablets.

She is also taking steps to reduce her anxiety around going to bed, including walking 10,000 steps each day and practicing yoga and meditation.

She is trying CBT therapy and has recently started a new part time job delivering leaflets.

“I look back to the days when I used to sleep like a baby, getting seven or eight hours a night, and it seems like a distant dream,” she says.

“My only hope is that one day I’ll get there again.

“I’m also campaigning for more help for people like me – more research into sleep disorders is desperately needed.

“To anyone else out there who finds themselves awake at 3am, watching the clock or staring at the ceiling in despair, my message is simple: You are not alone.” 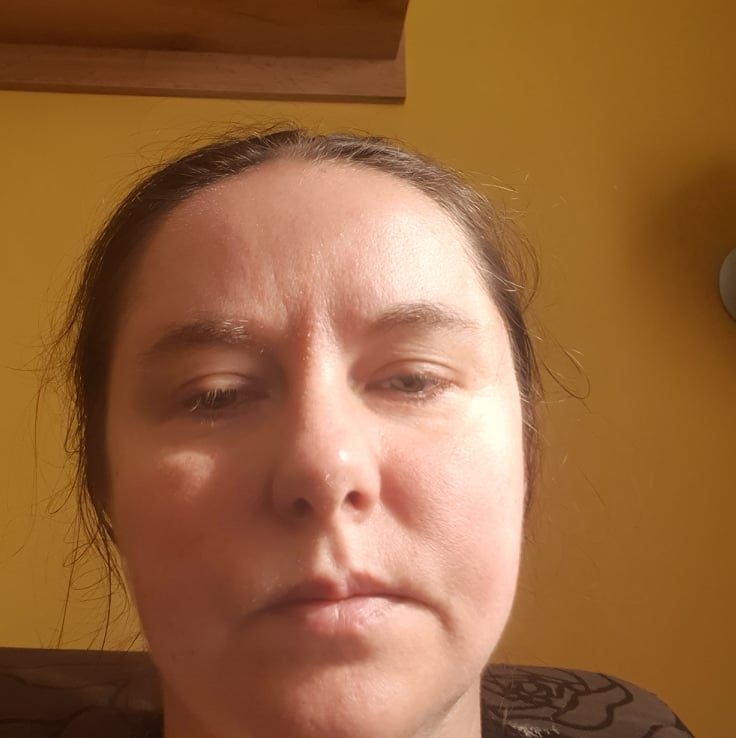 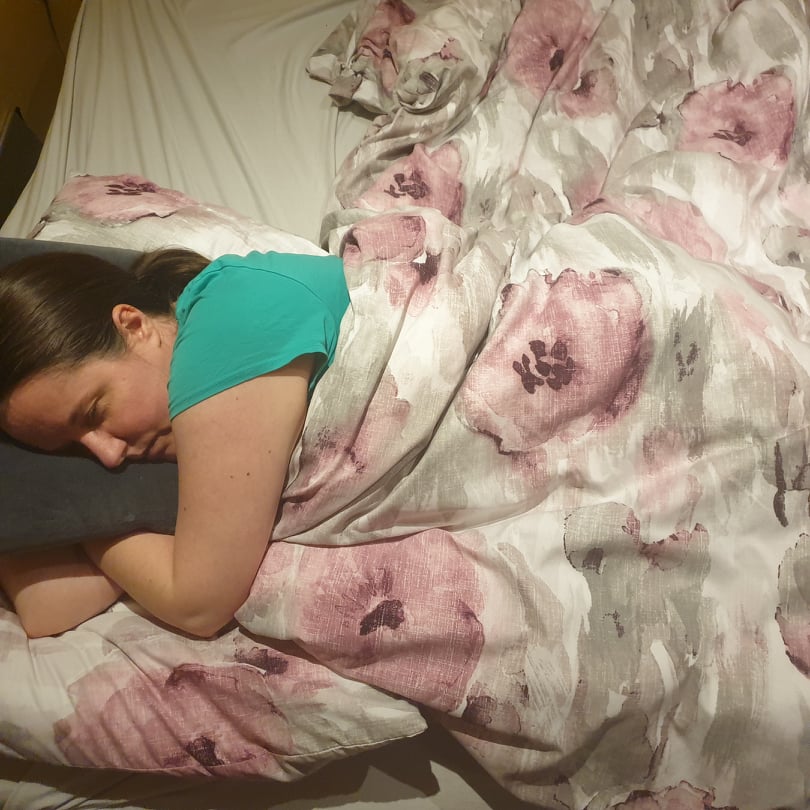