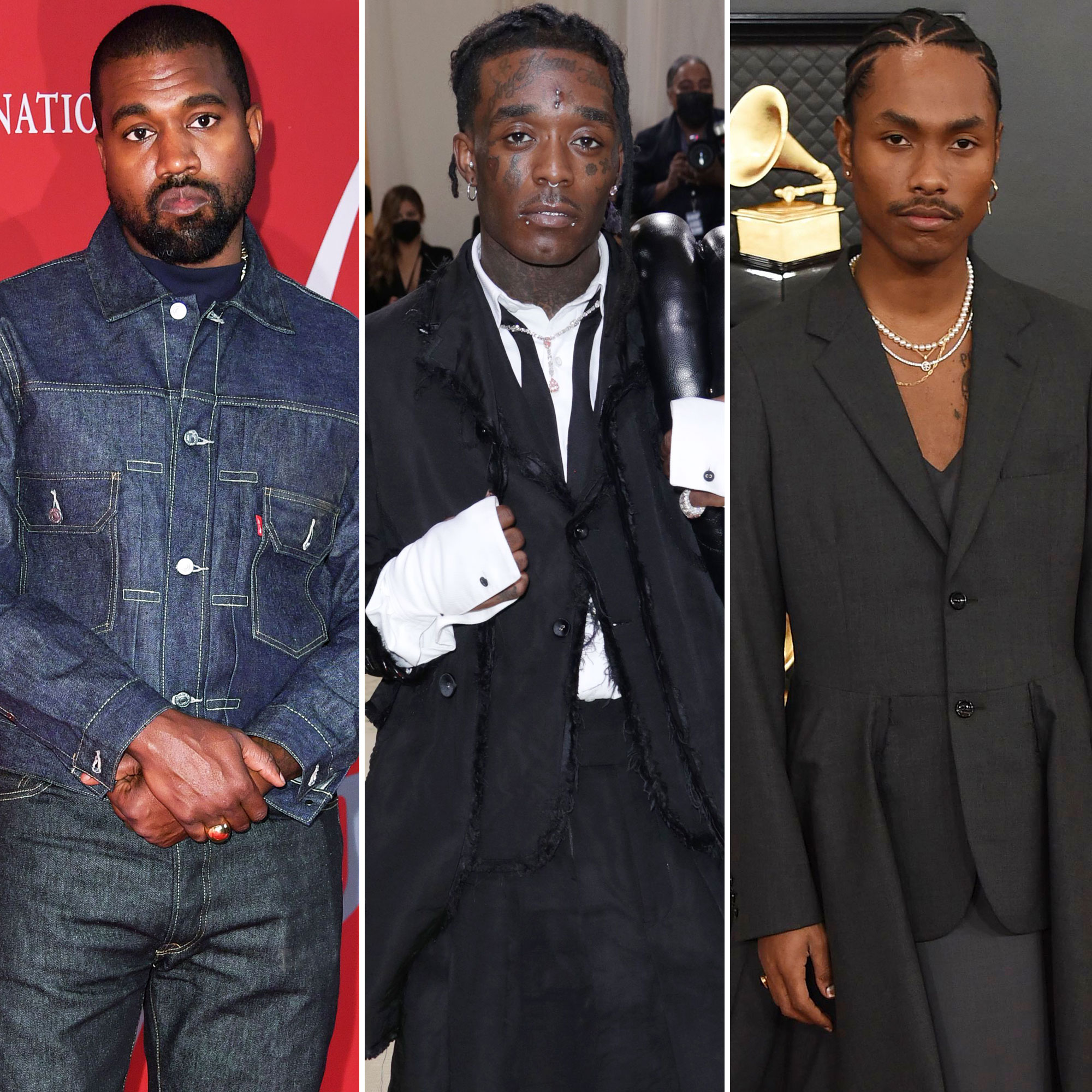 All of the Most Artistic Graphic Celebrity Tattoos

The trio debuted their matching ink on Wednesday, August 10, with Lacy, 24, sharing a mirror selfie of the musicians via Instagram. In the shot, Uzi, 27, West, 45, and Lacy are seen holding out their arms, showing off the phrase, “We here forever technically” above their elbows.

Los Angeles-based tattooist Meza Fram did the honors, posing alongside the artists in the photo, which she also shared on her own Instagram account. Donda’s Place — West’s organization that is named after his late mother, Donda West — shared a close-up shot of the ink, revealing the phrase written in two different fonts.

West’s new addition joins his extensive collection. Other standout tattoos include a large dragon on his left arm and his mother and daughter North’s birth dates on his wrist. West shares North, 9, with ex Kim Kardashian. The former couple are also the parents of sons Saint, 6, and Psalm, 3, and daughter Chicago, 4.

The “Stronger” rapper made headlines on Monday, August 8, when he shared a fake New York Times front page via Instagram that read: “Skete Davidson Is Dead at Age 28.” The post came after Us Weekly confirmed on Friday, August 5, that Kardashian, 41, and Pete Davidson called it quits after nine months of dating. 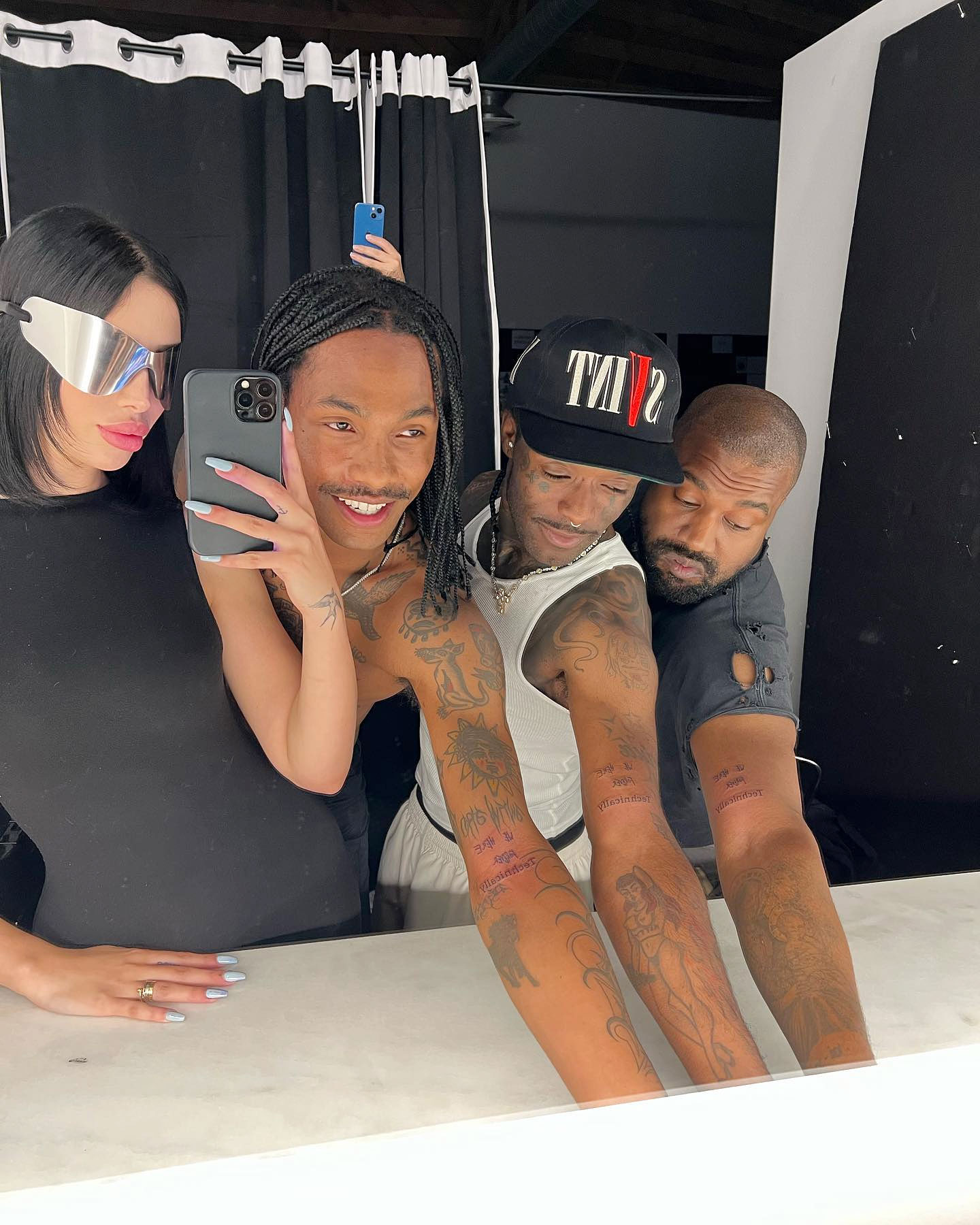 An insider told Us that the Skims founder was “furious” with West over the post. “It’s another one of his outbursts and it’s not a joke to her,” the insider said. “She doesn’t take his attacks lightly and demanded he take it down.”

The social media post also affected Davidson, 28. Us confirmed that the Bodies Bodies Bodies star decided to seek treatment in large part due to violent posts shared by the Yeezy designer. (Prior to their split, West had publicly attacked the Saturday Night Live alum multiple times.)

Davidson and Kardashian were first linked in October 2021 after the reality star hosted an episode of the NBC sketch series. The twosome confirmed their status when they were spotted holding hands in California the following month.

Kardashian filed for divorce from West in February 2021 after nearly seven years of marriage.