Inside Kaley Cuoco’s Emmys Dressing Room: ‘We Were Dancing’ 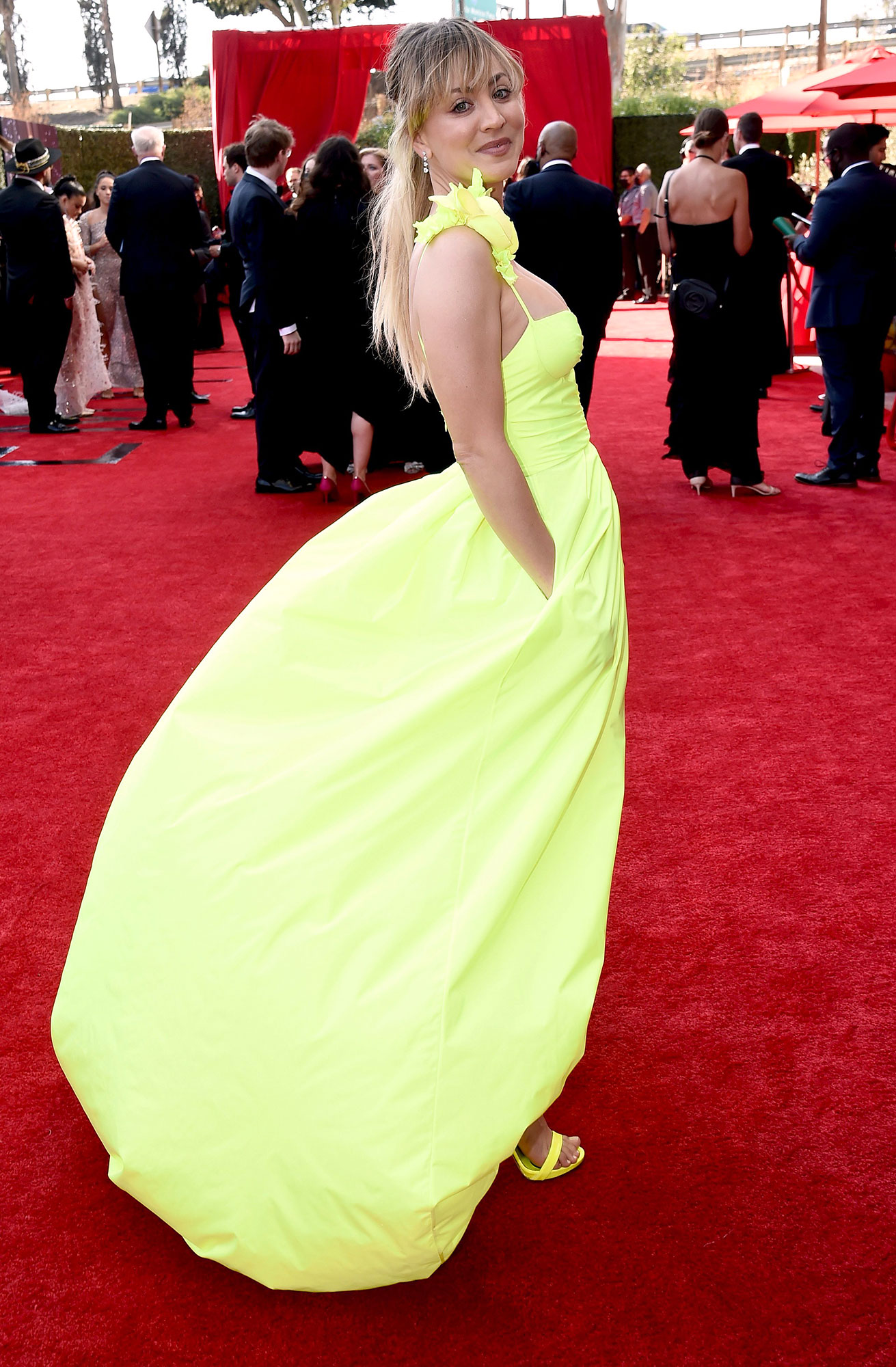 Let the good times roll! Kaley Cuoco’s custom Vera Wang gown at the 2021 Emmys may have had Us speechless, but rest assured there was plenty of action, conversations and, apparently, dancing, going on behind the scenes.

See What the Stars Wore to the 2021 Emmys

“We were dancing in the hotel room, having a good time,” Cuoco’s stylist, Brad Goreski, who’s been working with the star since 2016, exclusively told Us Weekly. “It was great.”

One of the reason the vibes were so high? This red carpet, which took place on Sunday, September 19, was the first time the Flight Attendant star wore custom couture.

“We worked closely with closely with Vera Wang who made two gowns for us to choose from,” Goreski told Us. “Kaley knew right away … both gowns were in super bright colors. That was the one thing she really wanted and so we had our final fitting on Saturday and she decided and was happy as can be.”

He continued: “We were so grateful to get to work with Vera Wang and her incredible team and make the perfect Emmys gown. She was also a first time nominee so it was a big one.”

When it came to designing the dress — and inevitably having a major neon moment on the carpet — Cuoco certainly had a vision in mind. “She didn’t necessarily want neon in the beginning. She just said she wanted a bright color, so once we started talking with Vera and saw some swatches, there were a couple of super bright ones and we were like, ‘Let’s just go for it.’”

Cynthia! Anya! Look at the Most Blinding Bling From the Emmys

While designing the dress was done in advance, pulling the whole look together night of took, as they say, a village. Goreski worked closely with stylist Daniela Viviana in the fashion department. 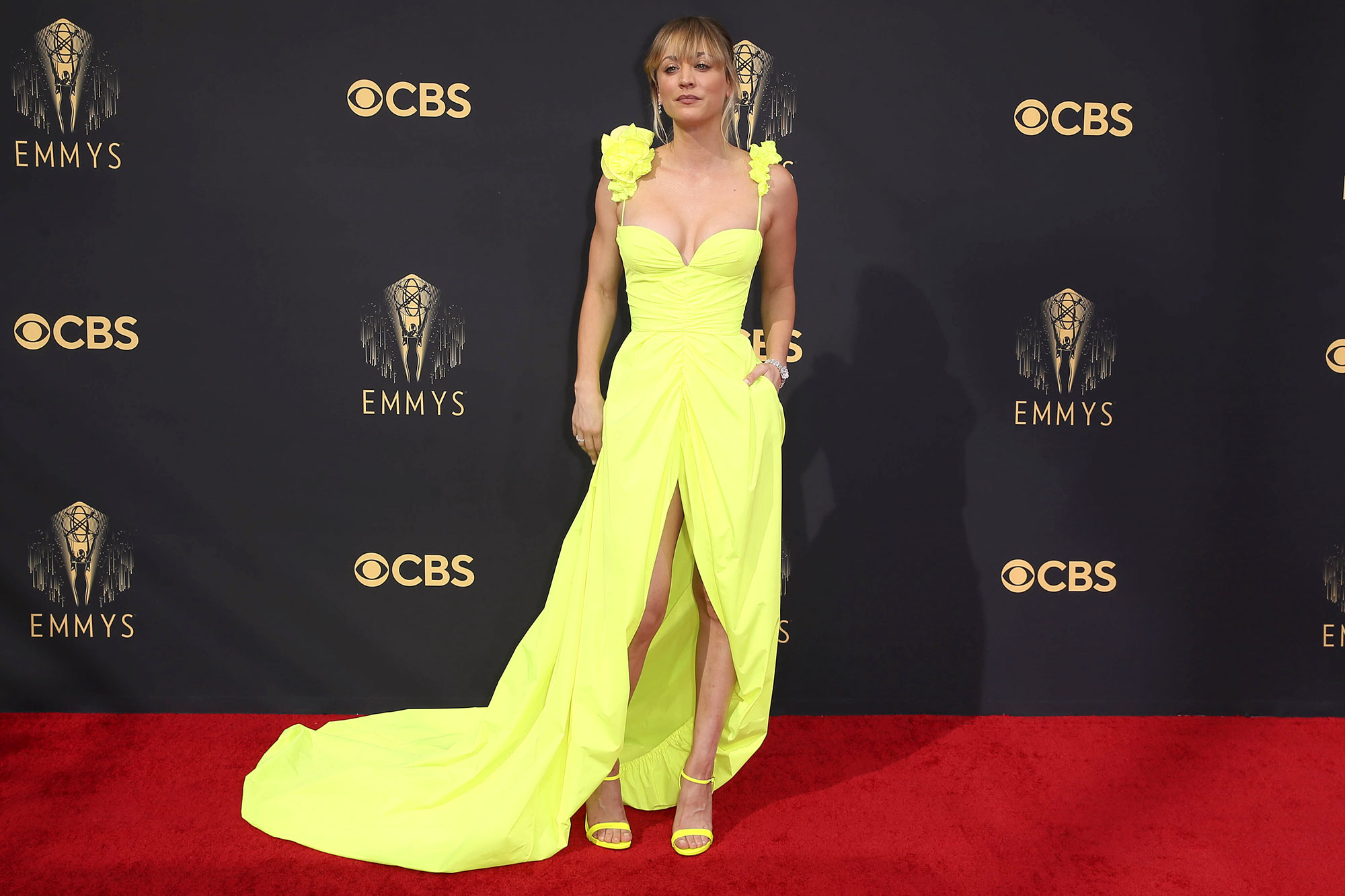 And when it came to glam, an all-star team made up of makeup artist Jamie Greenberg, hairstylist Christine Symonds and nail artist Queen Nguyen were assembled.

All the Products Used for Emmys Hair and Makeup

She then employed the help of Charlotte Tilbury products to achieve a “soft,” “subtle” and “lit-from-within” complexion.

With reporting by Diana Cooper.