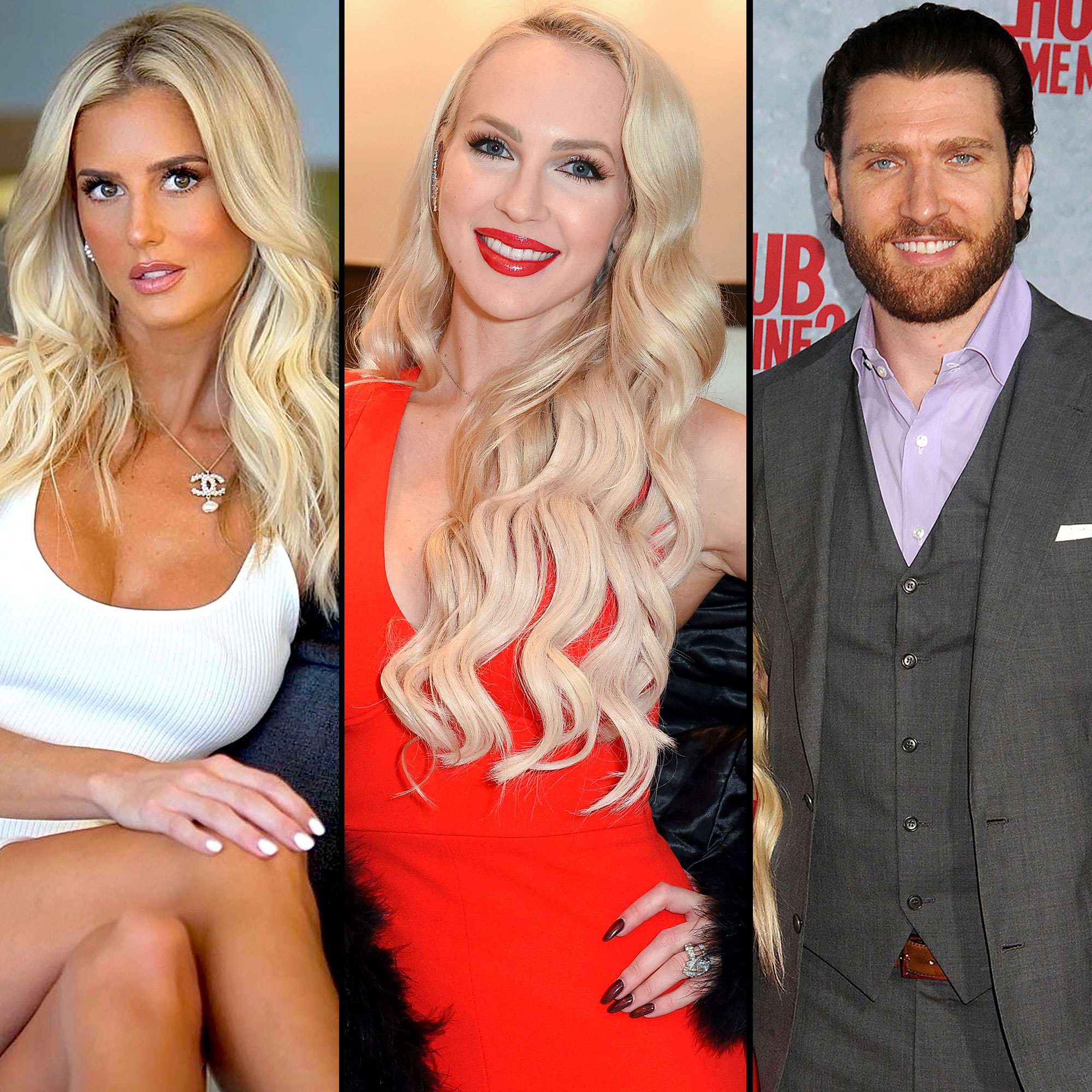 Totally sold! As their rocky history with Christine Quinn plays out on season 4 of Selling Sunset, fans are wondering whether Emma Hernan and fellow Oppenheim Group realtor Peter Cornell are dating again.

The Claws Are Out! Biggest ‘Selling Sunset’ Feuds

Hernan, 30, and Cornell, 45, recently spent time together in Las Vegas and were later spotted grabbing brunch in West Hollywood, a source tells Us Weekly. However, a rep for the reality star denied that the on-again, off-again couple are back together, adding, “[Emma’s] very single.”

The Massachusetts native joined the Selling Sunset cast during the Netflix show’s fourth season, which debuted earlier this month. Hernan was brought back to the real estate office after spending time away to focus on her budding empanada endeavor, Emma Leigh & Co. — and her past with Quinn, 33, quickly caused tension.

The entrepreneur and the How to Be a Boss Bitch author both dated Cornell in the past, with Quinn alleging that there was overlap in the two relationships.

“My ex-boyfriend was dating this girl at the same time he was dating me,” the Texas native claimed. “I had no idea. I caught him red-handed during the day with her. So we broke up.”

Hernan, however, offered a different take. “I found out about [Christine] the day that I met her. It was not pleasant,” she said on the show. “I was leaving the gym with who I thought was my boyfriend and she pulled up with her friend and was like, ‘Who the f–k is this?’ and [she] started screaming, ‘This is my boyfriend.’”

Mary Fitzgerald was quick to defend Hernan as the other Oppenheim Group employees attempted to follow the two sides of the story. Quinn continued to raise red flags among her coworkers when she claimed she was engaged to Cornell shortly before he proposed to Hernan in 2017 — and that she only told Davina Potratz. Fitzgerald, however, quickly pointed out that Potratz wasn’t even working with them at the time of the alleged proposal.

Who Is Peter Cornell? 5 Facts About Christine and Emma’s ‘Selling Sunset’ Ex

Hernan and Cornell called it quits in 2018, a second source tells Us. One month before she made waves on screen, Hernan opened up about adjusting to the world of reality TV.

“When I signed on to do the show, I was definitely … not hesitant, but I didn’t know exactly what I was signing up for,” she told Nylon in October. “To be honest, it’s been very second nature to me. I’m very comfortable with the cameras around. I’m 100% myself, whether it’s on camera [or] off camera and I think it’s important to stay genuine to who you are. I’m a hard worker, super business-oriented, woman entrepreneur, but I’m also funny, so you really get to see my personality and what makes me who I am and having the cameras around I definitely feel more comfortable than I thought that I ever would.”

Hernan noted that she felt “pretty confident” when she joined the already established cast, determined to set herself apart from the rest of the group.

“We all have different stories, but we all kind of form well together at the same time,” she explained.

As fans watched the women butt heads throughout the season, Quinn recently told The Cut that she was simply “willing to play the game” when it came to her history with Hernan.

“I played ball. … They’re trying for a story line, and bless their hearts,” she said this month. “Do you think I want to sit there and talk about a relationship from 10 years ago? No, but I want to give people what they want.”

Season 4 of Selling Sunset is streaming on Netflix now.