It will take more than money to fix the GP crisis

It was one of the great policy U-turns. Rolled out as part of former prime minister Tony Abbott’s first cost-cutting budget in 2014, a $7 mandatory co-payment for a doctor’s visit was trumpeted as the financial saviour of the health system and, according to the government, a price signal to deter the overuse of GPs’ services.

At the time, the bulk-billing rate for a standard doctor’s visit was $37, which had been “temporarily” frozen the previous year by the Labor government as part of $664 million in budget savings. Of the extra $7 to be paid by patients, $5 would go to a medical research fund and the rest to prop up the Medicare system. 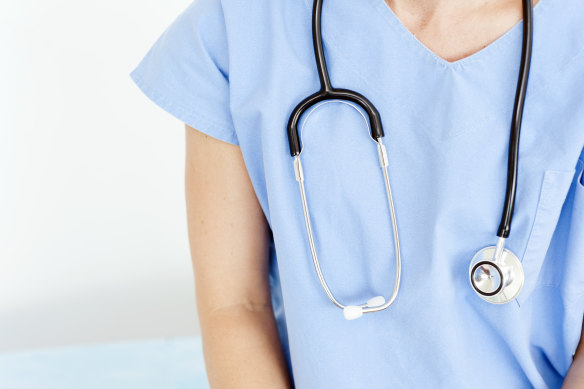 Bulk-billing is in decline among GPs.Credit:Getty Images

It was quickly attacked from all sides, including by doctors and the public, who saw it as a brazen attempt to undermine the accessibility of the health system. It took about eight months before Abbott declared the mandatory co-payment “dead, buried and cremated”.

Today, bulk-billing has, in one respect, barely changed. The temporary freeze that Labor introduced, and the Coalition continued, was ended only at the beginning of July this year when the payment doctors receive for seeing a patient was lifted 1.6 per cent, or 65¢ for a standard 20-minute consultation. At the same time inflation was at 6.1 per cent.

What has changed is the co-payment. When Abbott was trying to enforce a mandatory $7 charge on patients, the average out-of-pocket expense was about $30. That cost to patients is now about $40.

According to the Royal Australian College of General Practitioners, just 64 per cent of trips to the GP are bulk- billed and a third of doctors planned to increase their out-of-pocket charge this year, while a quarter of those who do not charge their patients plan to introduce a co-payment in the future.

The royal college is not the only one body warning of rising costs for a GP visit. Australian education service HealthEd recently released a poll of almost 500 GPs that found 22 per cent had recently changed their billing model, meaning patients faced higher out-of-pocket costs.

With costs going up each year, GPs have had little choice but to increase the amount they charge. This is having a broad impact. One of the biggest decisions anyone who is studying medicine needs to make is whether they specialise in a particular field or become a general practitioner. In the 1980s, about 40 per cent of all medical graduates went on to be GPs. According to the royal college of GPs, that figure is now closer to 15 per cent.

It is not hard to see why. The average GP is earning about $170,000, which is well above an average wage, but a specialist, who usually charges much higher out-of-pocket expenses, would normally earn more than $300,000.

But it’s not just the money that is an issue. According to senior reporter Clay Lucas, what GPs are angry about is the ever-increasing hell of paperwork, as well as the pressures of a funding model that links pay to speed, rather than quality of patient care. The result is a job that is losing a lot of its joy and meaning by a thousand tiny cuts.

Whatever the reason, our overcrowded hospitals are feeling the impact of the lack of GPs and the growing cost of visiting one. More than two years of a pandemic have, no doubt, had an enormous impact on the workload of the hospital system, but that has been exacerbated by the growing difficulty in finding a GP, particularly out of hours. This leaves many people heading straight to a hospital where, in the public system, the cost is for emergency visits is fully covered.

Labor knows this is a problem. At the last election it promised to spend $135 million to trial bulk-bill Medicare urgent care clinics over four years at 50 GP clinics and community health centres across Australia. Under the plan, patients with sprains and broken bones, insect bites, minor cuts and wounds, burns, and ear and eye problems would receive bulk-billed care from a doctor or nurse, seven days a week from 8am to 10pm. It’s a start, but it’s not enough to make a substantial dent in waiting times at hospitals.

There is no easy fix in all this. The Albanese government has committed to almost $1 billion in new Medicare funding, most of it over three years. In a health budget that has tipped over $100 billion in spending annually, this will not tip the dial after 10 years of underinvestment. And it’s not just money that is the problem. The shortage of GPs will worsen in coming years. Labor has made a start, but there is much more to do.

Gay Alcorn sends an exclusive newsletter to subscribers each week. Sign up to receive her Note from the Editor.