Teresa Giudice put the ‘real’ in an ‘explosive’ ‘RHONJ’ reunion

A “Real Housewives of New Jersey” star claims to have discovered something better than Botox.

“I don’t always love running to a doctor for too much Botox. I don’t like to look too frozen,” Jackie Goldschneider exclusively told Page Six Style while promoting her partnership with Neolastin skincare.

“I’m not against any Botox,” the Bravolebrity, 45, clarified. However, she prefers to fend off signs of aging with a “good wrinkle-fighting” agent.

“Neolastin has been a real game-changer for me,” she noted. “You stop building elastin fibers in your teenage years. Elastin is what keeps your skin tight. It keeps everything looking good … [These] skincare products really brighten, tighten [and] moisturize. They do it better than most other products that I’ve tried.” 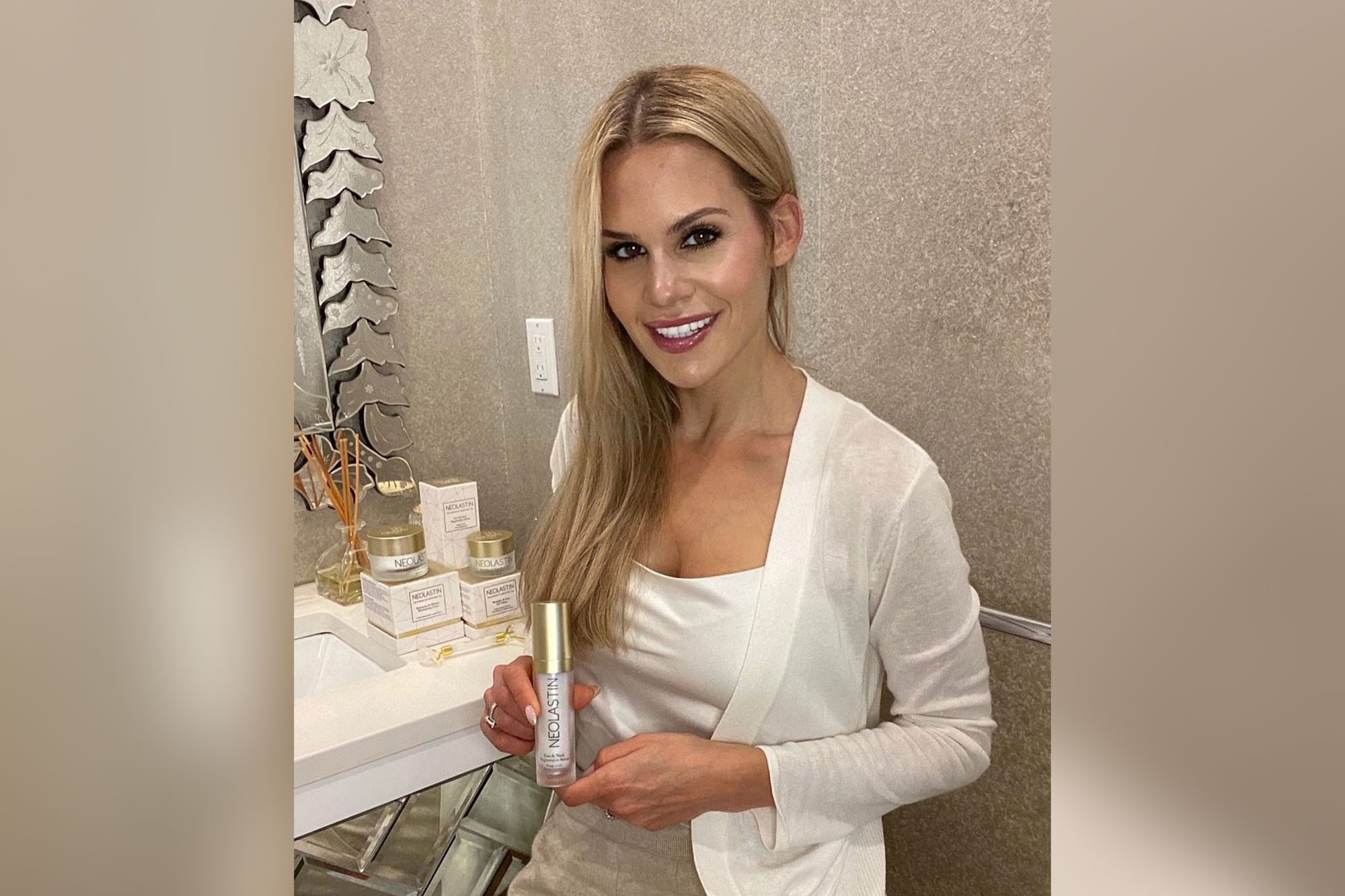 Subscribing to a restorative skincare routine has recently helped Goldschneider recover from long days in full glam while filming for the forthcoming Season 12 of “RHONJ.”

“If I’ve done makeup more than two days in a row, like professional makeup, my eyes are in terrible shape,” she said. “So, I need something that’s super hydrating and super moisturizing. Neolastin is really great. I use their serum before I use their moisturizer, and everything absorbs.”

Although Neolastin has injected a new sense of confidence for Goldschneider, the former attorney admitted that it can still “be hard” to watch herself on TV after years of struggling with her self-image. Since joining the reality show in 2018’s Season 9, she has been open about the emotional aftermath of her hard-won battle with disordered eating.

“This has been a real learning experience for me in terms of mental health,” she said of becoming a “Housewife.”

“I think we do not talk about it enough. I consider myself a pretty level-headed person and even I go through stages where I really have to cut off that negative talk.”

She elaborated, “I’ll see myself and I’ll say, ‘Oh God, all your castmates are so much prettier. You look so old. Your skin is sagging here. This outfit doesn’t fit you.’”

Goldschneider said that she makes a concerted effort to “reel it back” when crippling thoughts about her appearance invade her mind.

“It’s hard to see yourself out there,” she said. “I have to actively stop myself and say, ‘Would you speak to one of your best friends like this? If your best friend looked like this, would you think that she looked bad?’” 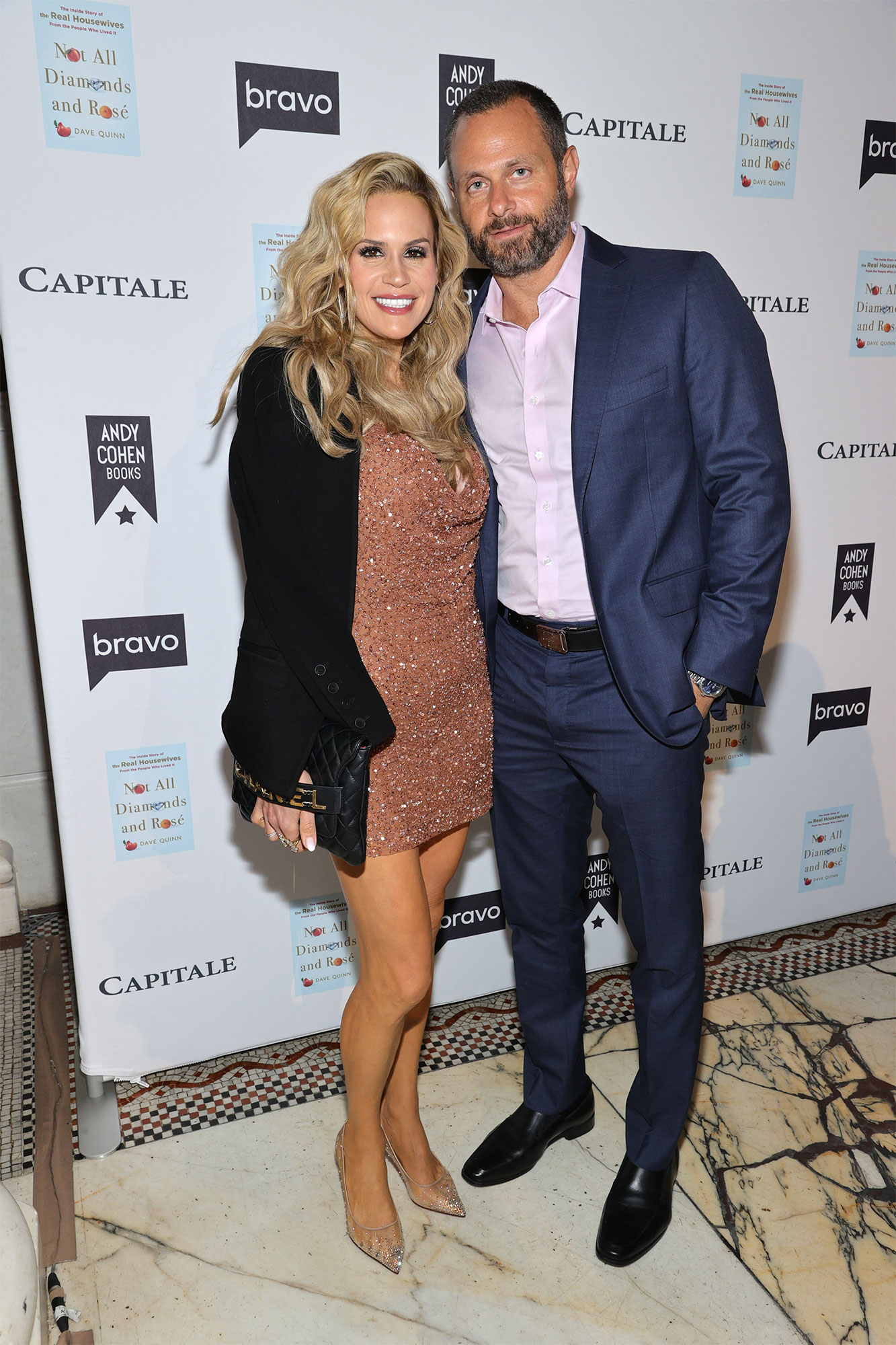 Supportive affirmations from Goldschneider’s husband of 15 years, Evan Goldschneider, and a healthy amount of therapy also help her maintain a positive mindset.

“Evan is such a great cheerleader. He has been since day one. Any time he hears me say something bad about myself, he stops it right away. He’s always the first person to tell me I look beautiful or to make me feel good,” she said.

“And I’ll be honest. I speak to a therapist and I love it. I love therapy and I need it and I’m not ashamed of that, and no one should be.”

Elsewhere during her chat with us, the mom of four — who shares two sets of twins, Adin and Jonas, 13, and Alexis and Hudson, 10, with Evan, 47 — explained how she protects her kids from potential self-criticism.

“I’ll try to always remind them that they’re so smart or kind … I try to make it less about beauty. I’m very careful to keep diet talk at a minimum in our house. We try to keep them really athletic so they feel good about themselves,” she said.

“And even though I go through my own struggles with insecurity, I try not to ever call myself names or say that I look wrinkly or fat or ugly or anything like that, ever.”