Despite being surrounded by thousands of adoring fans and entourages the size of minor European royal families, tennis can be a lonely game.

There’s no team on court to back you up. No one – except in doubles – to turn to for advice, and the contact with your opponent is relegated to a limp handshake at the coin toss followed by a dead-eyed stare across the net as you change ends.

In the commentary box, however – where former players never die, they just keep telling stories – it’s a new ball game. 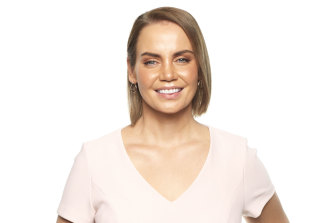 “It’s very different when you’re a player because it’s such an individual sport and you’re all competitive,” says former Australian tennis champion Jelena Dokic. “Once we all stop playing, we become even better friends. So that’s where we start talking about the tour and matches we played.

“It’s actually quite fun, when Jim [Courier] and Todd [Woodbridge] talk about this or that Wimbledon final. I’ve heard so many great stories.”

This is Dokic’s second year in the commentary box for Nine, who snatched the Australian Open broadcast rights from Seven in 2018. She will be joined by seasoned commentators Courier and Woodbridge, with whom she also co-hosts the Cross Court TV show, as well as wheelchair tennis champion Dylan Alcott and super-server Sam Groth.

As a former world No.4, Dokic, now 36, has nothing but praise for Australia’s newest world No.1, Ashleigh Barty, who enters the tournament as the top seed. 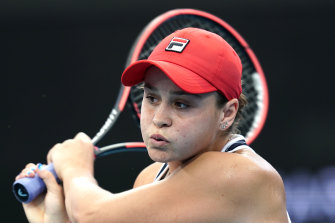 ‘So deserving’: Praise for world No.1 Ash Barty from Jelena Dokic.Credit:AAP

“She’s so deserving of that No.1 ranking,” says Dokic, who retired in 2014. “She is the most consistent player on tour. It’s not just about what a great tennis player she is, she can literally do anything on court and create angles and build points that not a lot of girls out there on the tour can do.

She can literally do anything on court and create angles and build points that not a lot of girls out there on the tour can do. But it’s a lot more than that … she’s the complete package.

Does Dokic have any advice for the 23-year-old, who last year became the second Indigenous player after Evonne Goolagong Cawley to claim the world No.1 ranking, about managing expectations and home-town pressure?

“I don’t think she needs that,” she says. “She’s shown she’s more than capable of handling herself and the pressure on and off the court. She showed that [last year] by beating Maria Sharapova and getting to the quarters. That was a real breakthrough and she never really looked back from there.”

This year’s Australian Open doesn’t come without controversy, however, with Tennis Australia agonising over how to recognise – but not celebrate – tennis legend Margaret Court on the 50th anniversary of her grand slam year.

Court, who won 24 major singles titles over her career in a record that still stands, has been highly criticised for her outspoken opposition to same-sex marriage, trans athletes and LGBT education in schools.

Does Dokic believe it’s possible to separate a person’s sporting achievements from their personal beliefs?

“I don’t agree with some of the things she has said and done, and I don’t support that at all,” she says. “But at the same time she has won 24 grand slams and what she has done results-wise, you can’t go past that. But I fully support Tennis Australia and the way they have gone about that.”

The Australian Open is broadcast on Nine, the owner of this masthead, from Monday, January 20.