Journalist and TV presenter Jessica Rowe has deleted a podcast she recorded with Pauline Hanson after it sparked widespread criticism on social media.

Promoting the episode on Twitter on Wednesday, the former Studio 10 host had said the interview with Hanson – from her The Jess Rowe Big Talk Show podcast – “isn’t about politics” but instead focused on “love, raising kids, and why [Hanson] keeps going”. 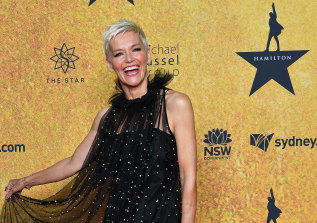 Rowe, pictured at the premiere of Hamilton in March, drew heavy criticism for the episode.Credit:Getty Images AsiaPac

But it quickly triggered a backlash online, with many prominent commentators – including Australian of the Year Grace Tame – criticising Rowe for platforming the One Nation leader.

“This is how discrimination and hate is subtly enabled and normalised,” Tame wrote on Twitter. “Pauline doesn’t need help to be heard, but those whose oppression she’s both driven and reinforced do.”

On Thursday, Rowe took to Instagram to explain that she had listened to the criticisms and asked her podcast publisher Listnr to “take down the Pauline Hanson episode”.

“Pauline’s political views are the opposite of mine. I have never agreed with her on those issues. Never will. Kindness is at the heart of who I am,” Rowe wrote on Instagram.

She also thanked public figures including Tame and Indigenous writer Nakkiah Lui for their criticism, adding: “This will be the start of a bigger conversation for me and with those who this topic directly affects.”

The media’s platforming of Hanson and her xenophobic views has long proven contentious but sparked further scrutiny in the wake of the Christchurch massacre in March 2019, with commentators – including Seven breakfast TV host David Koch, whose show Sunrise had long been criticised for featuring Hanson – suggesting the One Nation leader’s “anti-Muslim rhetoric” was complicit in the extremist attack.

In July 2020, Channel Nine’s Today show – which had also routinely offered air-time to the One Nation leader – officially cut ties with Hanson after she said Melburnians locked-down in public housing were “drug addicts” and “alcoholics”. 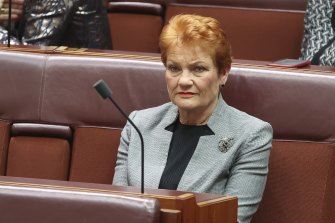 In a statement published on her website on Thursday, Hanson suggested she was the victim of “cancel culture” and blamed “Twitter haters” for the podcast interview’s removal.

“Cancel culture in this country is killing debate, freedom of speech, and shutting down conservative political representation,” she wrote.

“While I’m disappointed with Jess and her manager’s decision to remove the podcast, I also recognise how much pressure keyboard warriors can put on a person like Jessica who openly discussed with me in the interview how public opinion has impacted her mental wellbeing.

“The removal of this innocuous podcast is a step in the wrong direction for conservative Australians,” she added.