King Charles’ crushes revealed: One is his ‘only pinup’ — and the other has ‘unbelievable cleavage’

Dame Joan Collins made a splash this Christmas.

The Hollywood icon, 89, showed off her glam swim style in a series of Christmas snaps on Instagram yesterday— and her leopard-print bathing suit had fans going wild.

“Had a terrific #christmasday – 82F in #beverlyhills so was able to #swim and then a wonderful #lunch at the Bricusse’s- thank you @adambricusse and Evie!” she posted, adding the hashtags “#friends #christmas #christmastime.”

Proving age is just a number, the “Dynasty” actress looked stunning while rocking an animal-print one-piece and oversized black sunglasses, beaming at the camera in one photo as she showed off a bold gold necklace, coordinating bracelet and dangling earrings. 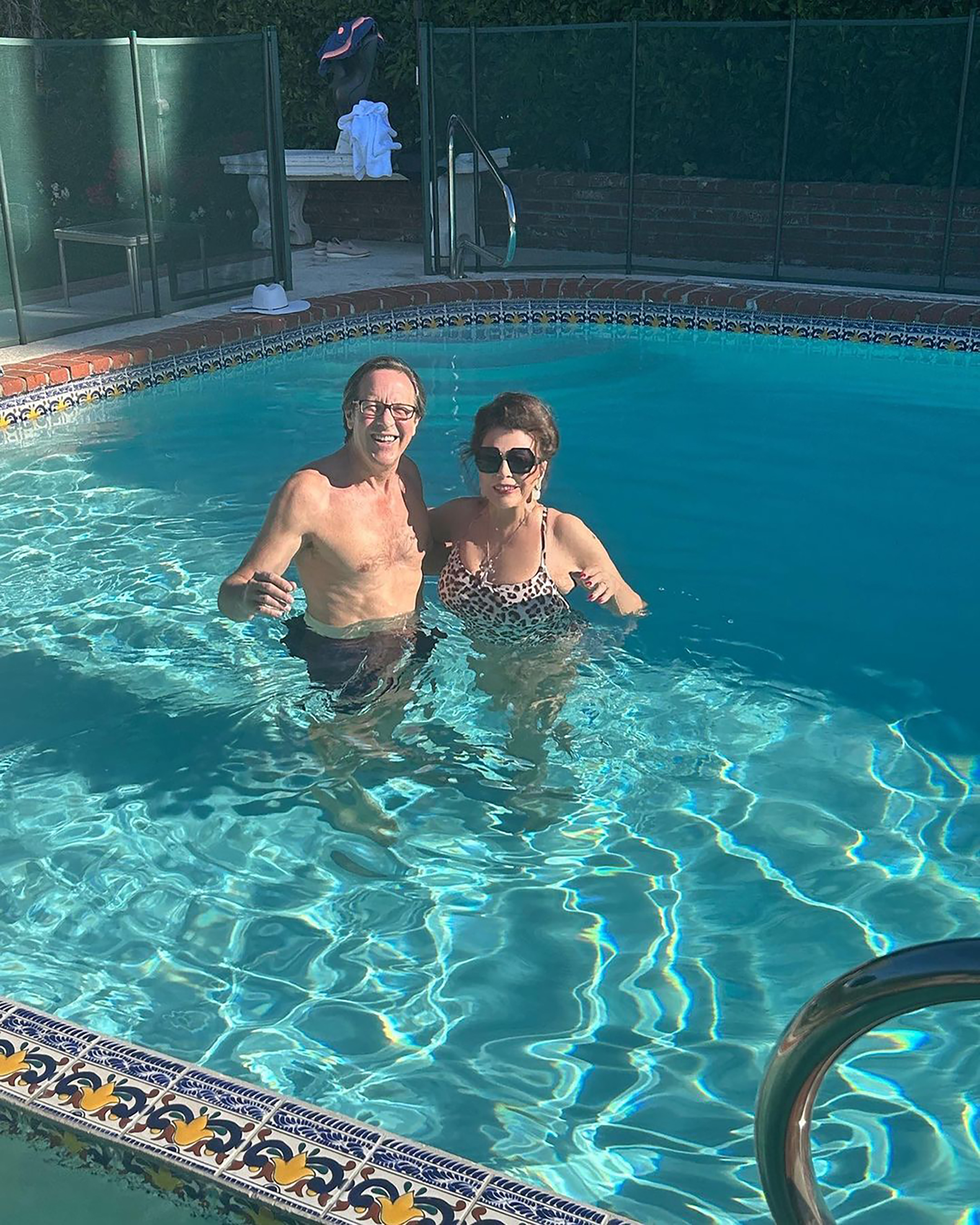 Keeping her look on-brand with her signature red lipstick and a red manicure, Collins also shared a photo of herself in the pool with her 57-year-old husband, Percy Gibson, and one of her Christmas meal with friends.

For her holiday lunch, the brunette wore the same jewelry but swapped her swimwear for a white blouse and a festive red-and-white tartan skirt along with slip-on sneakers.

In another pic, the famed actress is decidedly more casual while wearing a short nightgown and glasses, surrounded by Christmas presents. 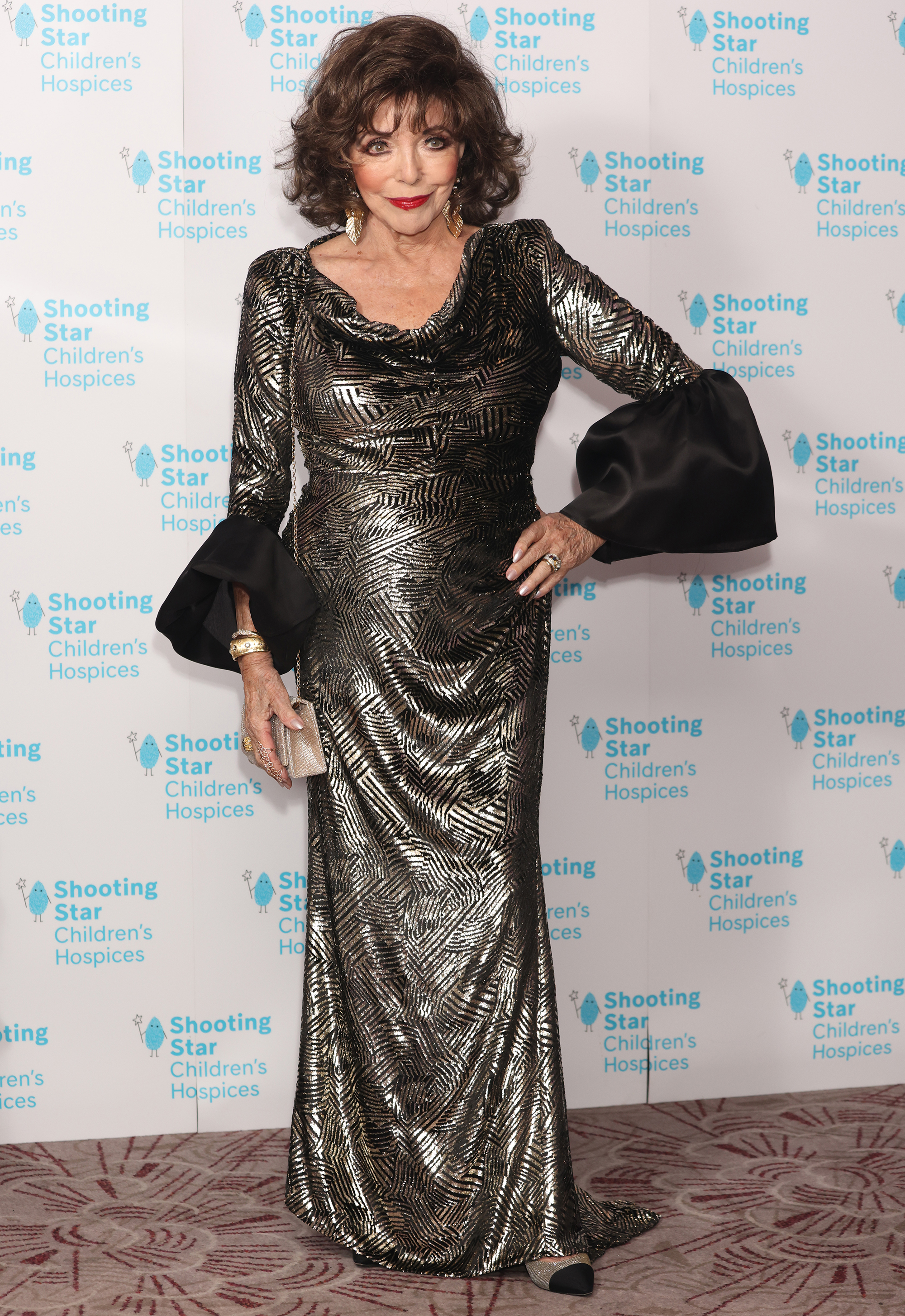 On Christmas Eve, the Hollywood star — who was once called “very amusing and with an unbelievable cleavage” by King Charles — shared a glitzier photo of herself posing in a gold sequin blazer in front of a Christmas tree along with Gibson, with the photo including an overlay that read “Let’s Sparkle at Christmas.”

With her 90th birthday approaching on May 23, we can’t help but hope for her to mark the moment with another stunning swimsuit pic. 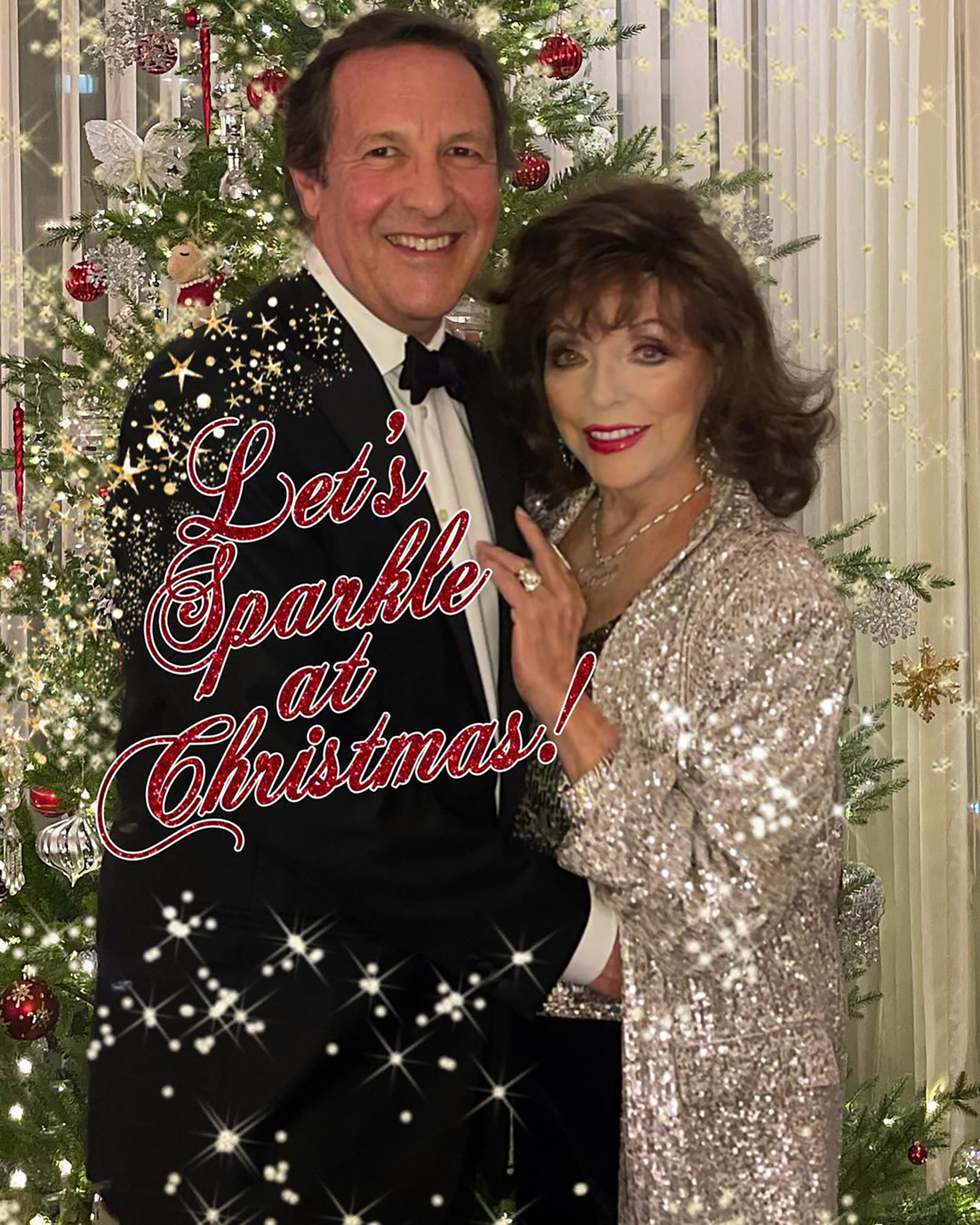