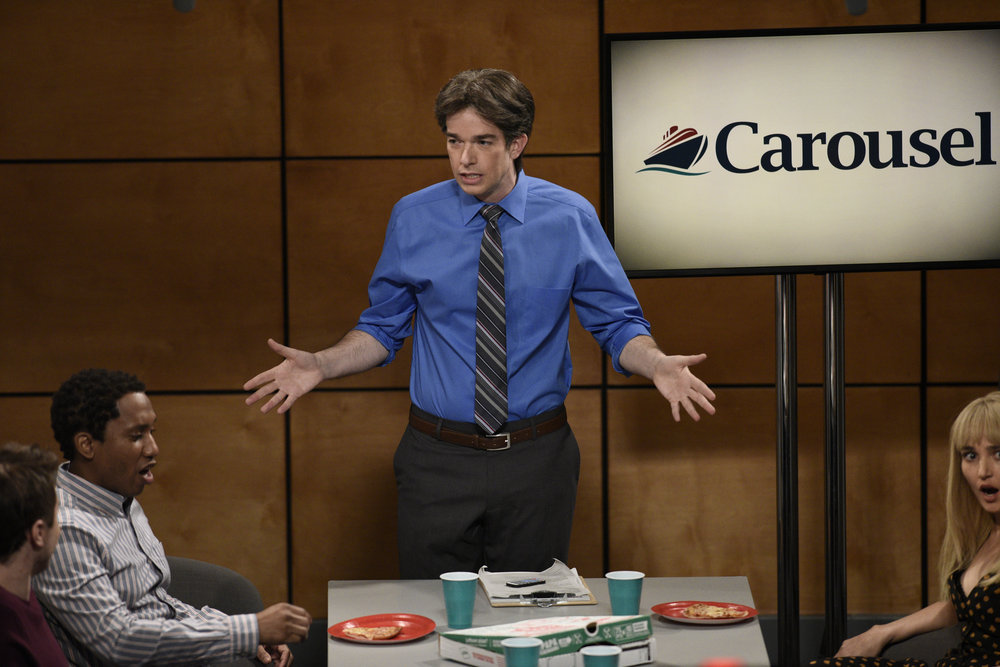 And in his 2012 special “New in Town,” he said, “I don’t drink. I used to drink, then I drank too much, and I had to stop. That surprises a lot of audiences, because I don’t look like someone who used to do anything.”

After years of blacking out and even drinking perfume, the tipping point was a 2005 bender when he was 23 years old.

He told Esquire, “I went on a bender that weekend that was just, like, fading in and out of a movie … It was just crazy … I was like, ‘You’re f–king out of control,” he said. “And I thought to myself, ‘I don’t like this guy anymore. I’m not rooting for him.’”

Mulaney said he stopped doing cocaine and drinking alcohol within a month of one another. He claimed he didn’t go to rehab, he just went cold turkey, and was sober for many years after that.

Mulaney, who was a staff writer at “SNL,” has been seen hanging out with fellow comedian Pete Davidson, saying that one of his goals has been to show Davidson that “you can have a life in comedy that is not insane — a sober, domestic life.”

But earlier this month Mulaney — who hosted “SNL” for the fourth time in October and later revealed he had been investigated by the Secret Service over one joke — revealed he had taken a role as a staff writer on Seth Meyers’ show for the sake of his own mental health.

“During quarantine, I was like, ‘Why am I going totally crazy and why am I suddenly telling my own wife my accomplishments?’” Mulaney said on “Jimmy Kimmel Live,” while describing how a lack of routine can negatively affect a person’s well-being. “I really needed a job.”

“One, I like having a boss and having assignments to do,” he added to Kimmel. “When I’m in charge of something, not so much the best thing.”

He added his psychiatrist agreed with the move.

“She said to me, ‘Without external structure, I don’t have any confidence in you thriving … and she would know, because I told her everything in my brain,” he said.

Anne Hathaway's Wax Figure Is Getting a Name Change
We and our partners use cookies on this site to improve our service, perform analytics, personalize advertising, measure advertising performance, and remember website preferences.Ok